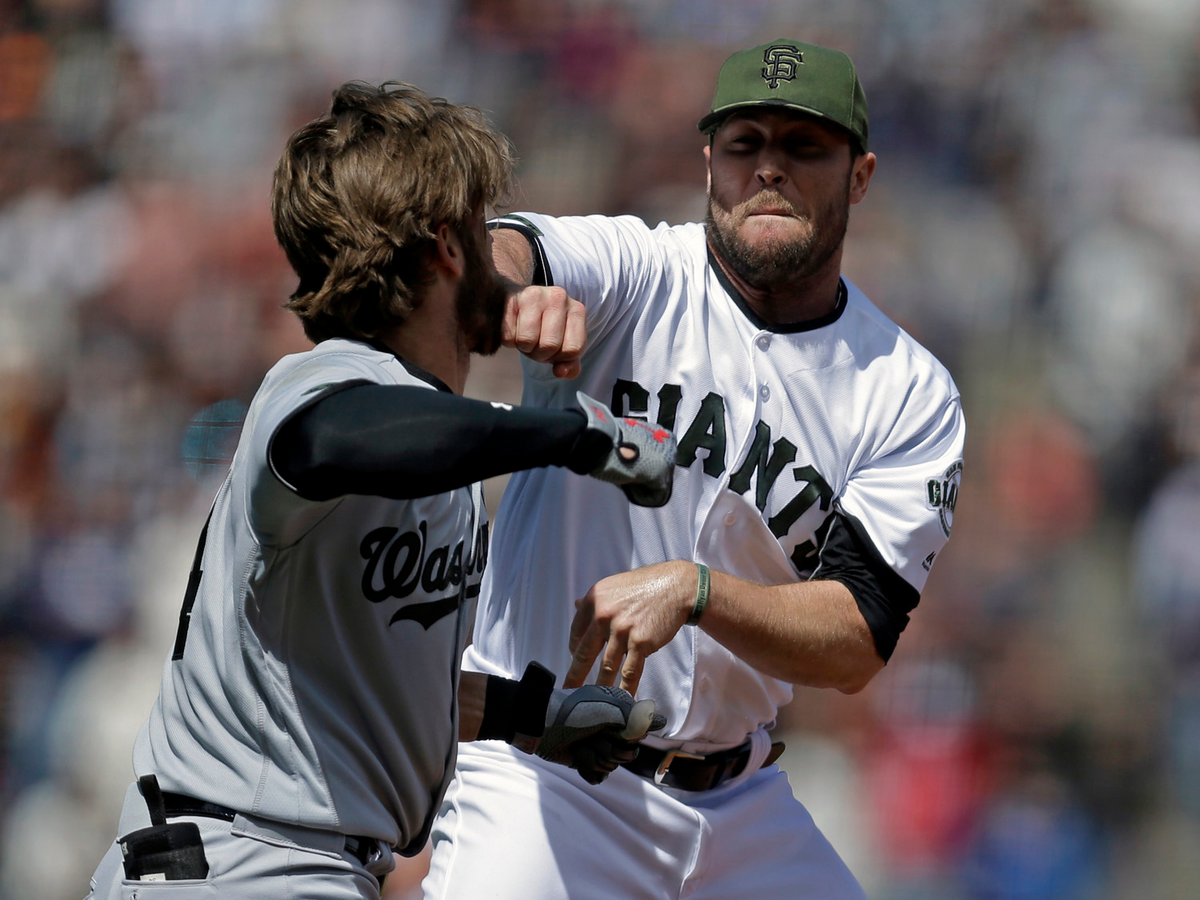 Last week I wrote about some of the better known unwritten rules of baseball. I got lucky with the timing of the article as, even though I wrote it a week before, it published right after Bryce Harper charged Hunter Strickland after being hit with a 98 mph fastball. I'm not going to debate whether Harper was justified or not, I'm still laughing at his helmet toss, by the way. Was he also angry at the second baseman? Because that's where the helmet seemed to be headed.

If you missed my first article on some of baseball's unwritten rules, you can read that here.

Today, I want to address three more of the fascinating, yet controversial, unwritten rules. Much has been made of this code that baseball players use to police themselves and the game. As a former player and coach, I absolutely love the unwritten rules and bristle when I read and hear sports journalists and talk show hosts belittle them. To me, the rules are sacred. They have existed for a long time and with purpose. While not nearly as serious as the code that Marines famously live by, these unwritten rules exist for a reason. They are passed down from generation to generation and serve sort of a "protection of the game" function. You don't have to like them, but they exist and are not going away.

Now is a good time to point out that players break these unwritten rules all the time. As a player and coach, I willingly broke them more than once. When a player or coach does this, he knows that there are consequences. I once scored the 10th and final run of a game on a straight steal of home. This is a major infraction of the unwritten rules. Now, if I told you that three of my previous four batters had been hit by a pitch (although unintentionally), it may make my call a little more understandable. But, in the end, I was wrong. I also "pimped" a home run or two back in the day. For the most part though, I followed the unwritten rules.

Baseball is THE most superstitious of sports. When your pitcher is throwing a no-hitter, you absolutely can't mention it. To do so would jinx the no-hitter. The only time it's okay to mention a pitcher's no-hitter is when that pitcher is throwing the no-hitter against your team. This is the only exception. I, myself, have seen many a no-hitter jinxed by someone's mentioning it out loud. In the movie, "For Love of the Game", Kevin Costner's character is throwing a perfect game and is shown sitting on the end of the bench all alone. It's a great tip of the cap to this unwritten rule. The best way to avoid mentioning the no-hitter is to just not talk to the pitcher at all. It's the elephant in the room and everyone knows it, but we have to act like it's not happening and it's just a normal game. It always surprises me when someone breaks this rule and is surprised to find out that they had committed one of the ultimate faux pas of baseball. Further, while I know it's their job, I cringe each time I'm watching a no-hitter on television (which isn't often) and the announcer talks about the no-hitter. Once that happens, I feel certain that the pitcher is about to surrender a hit.

2. Don't stand near the batter's box and "time" the pitcher.

When I was coaching high school baseball, it was amazing to me how many players (and coaches) didn't know this was wrong. Well, just think about it. Do you want my batter standing there near the box watching your pitcher? The batter can see the pitcher's arm angle, slot, if he's tipping his pitches and his velocity all before he actually has to stand in the box against him. When I saw a batter attempt this, I always had my catcher ask the umpire to make him move. I wanted him completely out of the circle, at a minimum. When I was umpiring, I knew a coach who instructed his pitchers to throw at throw at the hitter if he even came remotely close to the plate when the pitcher was warming up. I can assure you that it kept me on my toes because I knew what would happen if that batter got close. Batters and coaches, just stay far away from the plate until it's time to hit.

3. Unless you're the pitcher or you need to talk to your pitcher, stay off of the mound.

To me, this is also common sense. This rule came into the spotlight back in 2010 when serial unwritten rules offender Alex Rodriguez ran across the mound in Oakland and A's pitcher Dallas Braden lost his mind, yelled at him to "get off my mound", and gained national fame for it. But, he's right. It's a territorial issue. A hitter has no business on the mound. Running across it is seen as a sign of disrespect...much like when a college football team dances on the other team's logo at midfield. When these things happen, as Merle Haggard famously sang, someone's "walkin' on the fightin' side" of someone else. To an outsider, this rule may seem silly. However, to a pitcher, it's not at all. Pitchers are particular about their mounds. To a baseball purist, this rule makes total sense.

These are only three more of a long list of unwritten rules in baseball. They all go towards a particular code or expectation of behavior. These unwritten rules are under fire lately, but that'll only make the players enforce them even more. It's tradition. It's an expectation of behavior. It's respect. I can't imagine these rules will ever go away. Players don't usually unknowingly break them. I broke them occasionally and was prepared to face the consequences. What always bothered me more than anything else when I did break an unwritten rule was that I felt like I let the game down. Baseball has been so good to me, I felt like I disappointed the game. There's another unwritten rule to "play the game the right way" and I certainly didn't do that when I willingly violated an unwritten rule. But that's a story for another day.