Chicken Alfredo Is The Best Kind of Pasta
Odyssey 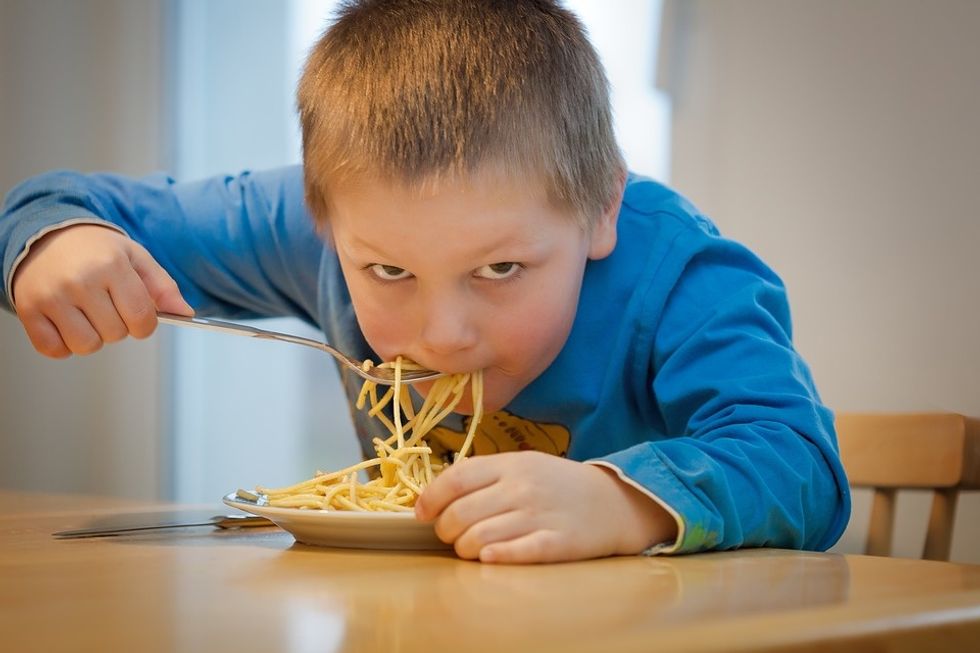 At this exact moment, I'm not doing much. In fact, I'm just sitting at home, right here, eating a bowl of Chicken Alfredo. It's fettuccine pasta with Alfredo sauce, mixed with chicken, obviously. And, like, it's really good. It's delicious, I like it a lot.

I got home from work earlier, and I was hungry, as I had not eaten since much earlier in the day. Naturally, I proceeded to open my refrigerator, in search of something which I could then eat. It was at this point that my eyes happened upon the scrumptious flavor extravaganza that I now find myself consuming. It's Chicken Alfredo, in case you forgot. There it was, my very own Chicken Alfredo meal, and before I knew it, it was already in the microwave, as I anxiously waited for it to become ready to eat.

Sure enough, it did, which is when I started eating this remarkable meal. Of course, it wasn't homemade Chicken Alfredo, as my culinary skills aren't quite that impressive. Instead, it was store bought, but still absolutely delicious.

Fettuccine Alfredo is also good on its own, but the addition of chicken really kicks it up a notch, taking the meal to a whole new level of pure deliciousness. This particular Chicken Alfredo meal tastes especially phenomenal, making me regret the fact that I simply cannot remember which grocery store I purchased it from. If only I could remember, then I could ensure that I only purchase microwaveable Chicken Alfredo meals in the future from that store alone.

Because you see, they are sold in the majority of grocery stores these days, but the product sold by each store seems a little different. However, the one I am currently eating is by far the best I have had, furthering my dismay at remaining unsure of the store in which it originated, before it ended up in my refrigerator, and eventually in my bowl, which is where it happens to be at this very moment.

The noodles and the sauce perfectly complement each other, further enhanced, of course, by the chicken. I suppose I should feel bad for the poor chicken that had to be slaughtered just so that I could enjoy this meal. I've heard that chickens are often kept in horrible conditions while on the farm, like being cramped in so tightly with the other chickens that they can barely move, and not even having access to things like sunlight. It's sad, very sad, but at the same time, this Chicken Alfredo is so unbelievably delicious that I can hardly think about anything else at all.

Now, if you have actually made it to this point in the article, and you have endured all of my mindless ramblings about this particular Chicken Alfredo meal, then you are probably asking yourself something along the lines of "why?" or "what's the point?" Did this article really do nothing other than ramble about Chicken Alfredo? There has to be something else going on, right? There has to be some sort of deeper meaning or some sort of metaphor at work, right?

Well, maybe. Then again, maybe not. Maybe I was sponsored by the American Chicken Alfredo Association and they have endorsed me to write this article, which they believe will encourage others to buy more Chicken Alfredo in an attempt to mimic the wonderful flavor experience that I received. Maybe, maybe not. Alright, I will admit that this is not true. I made that up, and I don't think that the American Chicken Alfredo Association actually exists, although if it did, I would surely join.

So, we come back to the previous question of what on earth the point of this article could possibly be. Well, maybe there isn't one. Maybe there is absolutely no point whatsoever. Or, maybe there is some sort of incredibly deep, insightful message to be deciphered, discussed through the disguise of Chicken Alfredo.

I'll leave that up to you. If you are actually still reading this, then I will leave it up to you to decide if there is any meaning to be found here, or whether this really is just all about Chicken Alfredo. Honestly though, no matter what you decide, was this really that much more pointless than a lot of the content found on the Internet these days? I don't think that it was.

Hunters Are The Vegans Of The Meat-Eating World