This Is What I Learned From Being A Sugar Baby.
Odyssey

This Is What I Learned From Being A Sugar Baby.

Yes. You read that right. 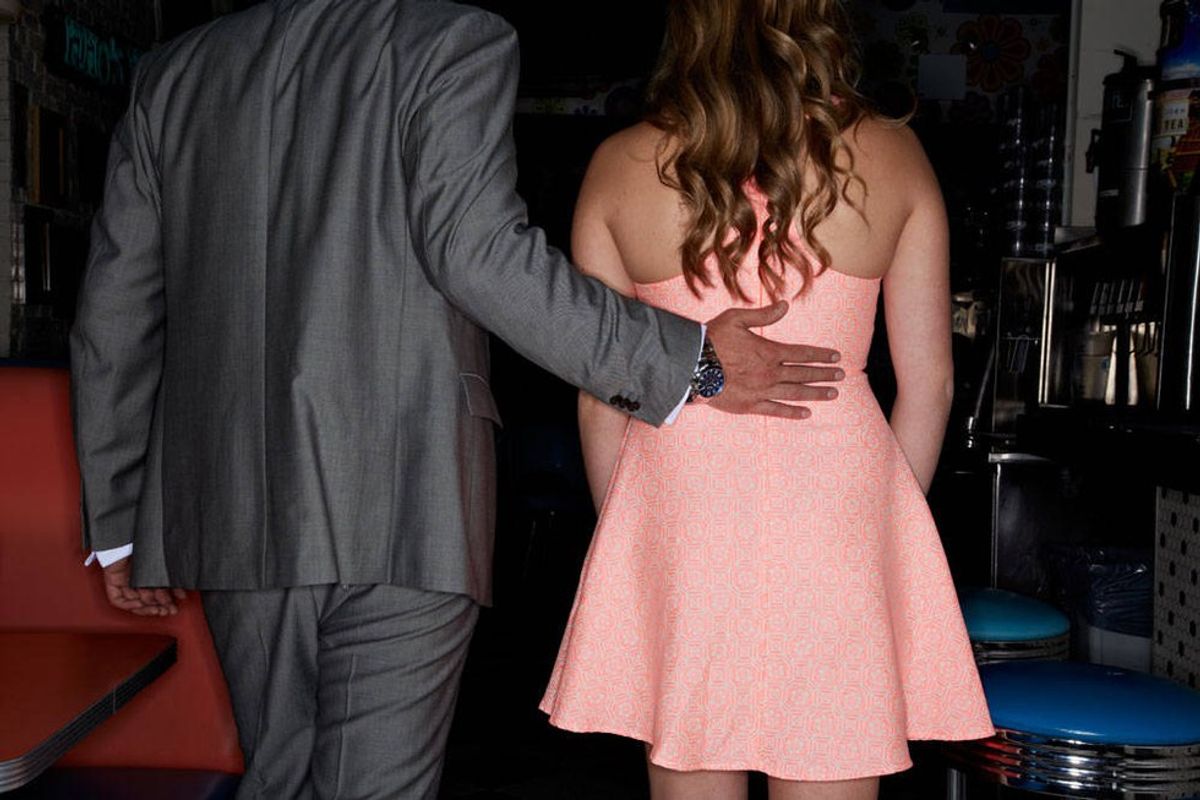 Everyone always jokes about dropping school and/or work and meeting a sugar daddy to take care of them. You don’t have to lie - if you are a struggling college student living on top ramen and public transportation, it has definitely crossed your mind. I am totally guilty of always joking about it, but never did I imagine myself actually doing it. I wanted to try something new and live a little, so I learned everything I needed to know about becoming a sugar baby.

What exactly is a sugar baby? Well, according to SeekingArrangement.com, a sugar baby is an “Attractive people looking for the finer things in life. They appreciate exotic trips and gifts. Sugar Babies get to experience a luxurious lifestyle, and meet wealthy people on a regular basis.”

That is definitely what I wanted. I was all in.

Now I won’t get into the details of being a sugar baby, but it was basically what you expect it to be. Except, it was more than I thought it would be. A week before I decided to do this, I was in Vegas with my friends and someone mentioned her girlfriend being a sugar baby for someone in another state. He flew her out multiple times a month and even bought her a Porsche. “If you take care of him, he takes care of you.” This sent shivers down my spine, to be honest.

After doing my research, I went on multiple sugar daddy websites, registered and learned that everything is pretty much straight forward. I found it to be even easier than dating websites because everyone is straight to the point. You MUST be brutally honest. If you go into an arrangement with all your expectations on the table, each person will know what to expect from each other. For example, sugar baby profiles consisted of expectations like "trips to here and there this many times a month” or “private yacht”, while sugar daddy profiles consisted of expectations like “looking for discreet relationship” or “married man looking for mistress”.

You're more likely to get cash out of your Sugar Daddy if you ask for money to help with specific costs: car payment, cell phone bill, student loan payments, etc. All of this is basically the classy way to be like, "give me x amount of dollars in exchange for my companionship now, please.” But it is important to not rely on sugar as your main source of income. Think of it as an end of the year bonus that comes every month - monthly necessities should be covered by your paycheck, while sugaring monies should be used for luxuries.

So I did it. I found a sugar daddy. Let’s call him Craig. Craig was a super sweet forty-something-year-old man who owned two construction companies and after getting to know each other, vowed to take care of me. He was, and still is, married to his wife of 27 years of whom they share two kids with. It was weird at first. This man was almost twice my age - in fact, he is the same age as my parents and his daughter is as old as me.

Why was I doing this, you ask? Because I got exactly what I wanted: a great effing experience. In the time we spent together, he took me to expensive restaurants, bought me everything I wanted and made sure I was happy. He took me to romantic secluded areas, got me a new phone, I had a weekly salary and I learned a lot from him as much as he learned from me. Plus, it’s pretty hard to be sad when you’re driving around in a Range Rover with fierce Christian Louboutin lipstick on.

But, of course, I was paranoid. I can’t do this, I thought - I have a reputation. Despite all the sugar baby do’s and don’ts, I wasn’t honest with him. I made sure he knew nothing about me and that he didn’t even know my last name. It was when I asked myself why he was doing this that made me want to stop.

Now, Craig was an awesome person. He was so passionate about everything he did, which I totally admired. He was a hard worker, super romantic, and great lover. But he was miserable. The one thing I couldn’t understand before becoming a sugar baby was why sugar daddies did this to begin with. They are trying to fill a void, I remember reading.

It took me by surprise when he confessed his love to me only a day after texting back and forth and getting to know each other. The first time we met, he showed up to my work two hours before; which, yes, I found a little creepy. He told me he was specifically looking for someone to be his cheerleader in life. In all that time he was married to his wife, not once did she ever show any sign of support for him. He was merely a paycheck to her. For days, this was all I would hear about. Even though I had no romantic feelings towards him, it hurt me to know that this man, who I cared for as a friend, was so miserable with his life. He told me that meeting me was the best thing that ever happened to him. It was too much pressure, despite all the benefits.

All he wanted was someone to come home to and congratulate him on closing a big deal. He just wanted someone to share happiness with. We were rarely ever physical with each other. He didn’t even mind if we didn’t get to see or spend a lot of time with each other. The fact that he had someone to talk to, wake up and send a good morning text to and think about before he went to bed was enough. Literally all I had to do was tell him how great he was, even as a person, and it was enough support to keep him going.

I was so thankful I didn’t have to do more, but this was not what I expected at all. Over time it got worse and the pressure and guilt was starting to take a toll on me. The fact that I was about to get my own place and brand new car was not enough to make me feel better about using him. This man was falling in love more and more every day and I was ruining his life. He spoke of words I had never heard from anyone and told me he wanted to spend the rest of his life with me - and even marry me.

He needed to calm down, and I made sure he knew how I felt.

Yes, I could have continued this arrangement and be set for life. My loans would have been paid off and I could have finally lived the lifestyle I low-key have always dreamed of. But I wasn’t happy. And neither was he. The more we got to know each other, the more I understood why sugar daddies do this.

Craig was depressed. He spent almost half his life living a lie, and I was not going to let him continue living this way. He was not going to find happiness with me, even if I did feel the same way. He had to figure things out with his wife and family, but most importantly, himself. Continuing the relationship with me only meant continuing to avoid all his problems and digging himself into a deeper hole. I was not going to allow him to run away from all his issues and act like they are not there, no matter how much I loved the lavish lifestyle I was slowly being introduced to.

Maybe that was not how it was supposed to be. Maybe I was supposed to not care as much. But I do not regret it at all and I can definitely say it was a learning experience. I used to be embarrassed; the sugar baby lifestyle gets a lot of flack for being anti-feminist, patriarchal or simply a glorified sex word. But I - and a lot of sex-positive feminists like me - believed that

A) there’s nothing wrong with sex work

C) there are ways to live a sugar baby lifestyle that have nothing to do with being a sex worker whatsoever.

There's nothing wrong with entering into a consensual, reciprocal relationship in which "love" is exchanged for material gain. Sugaring can absolutely be a feminist act when performed by women who own their sexuality and are up-front about their needs and expectations.

Kassie Hsu
Baylor University
4184
Panda Whale
Here are 100 things I'd rather to than study. I know the semester just started, but
Featured