What your shelter's feral, forsaken, and frightened felines wish they could tell you 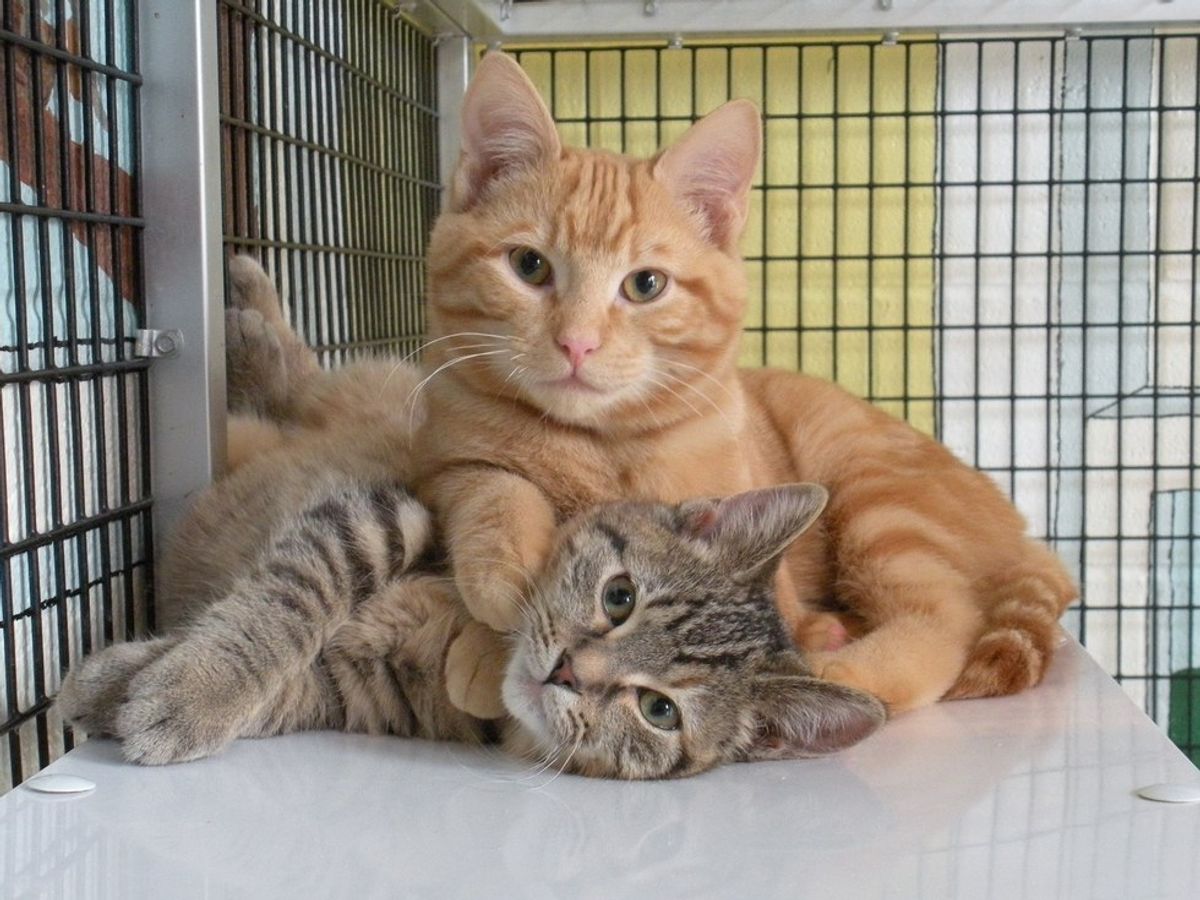 1. Not all--or even most--of relinquished cats are in there for behavioral problems.

Some people may be leery of adopting from a shelter, because, after all, isn’t there a good reason why all those cats were given away? Well, there usually is, but not the kind of scary explanations you might imagine.

By far the most common reasons for abandoning or giving up animals are as follows: families moving (often to a place that doesn’t allow pets), allergies, and caretakers dying/otherwise becoming incapacitated and unable to care for their pet. These three scenarios all have one thing in common: They’re not the cats’ fault.

Other cats are surrendered because they don’t get along with other pets (or children), or because owners lost their jobs or homes, or because the cat developed health issues that owners couldn’t afford to take care of. Then there are the more selfish reasons. Some people don’t understand that owning a pet is a lifelong commitment, not something to do on a whim. Such people dump cats when they decide they don’t want the hassle of caring for them anymore. Again, those things aren't a cat's fault, but thousands of loving and well-mannered pets end up in shelters every year as a result.

2. With that said, know what you’re buying; some of them aren't all sunshine and roses.

Don’t go by looks alone. Some of the most beautiful innocent-looking and beautiful felines are very moody, painfully shy, or have a mean streak, due to temperament, poor socialization/being spoiled, or other factors. It’s important to spend as much time as you can interacting with the cat you’re interested in. Talk to shelter staff to get the lowdown on the feline's personality, health issues, and any history of aggressive or undesirable behavior (and any possible explanations/triggers, such as, “This cat really can’t stand being pestered by little kids.”).

If you fall in love with a cat who's terrified of people and avoids all human touch, consider whether you have the time and the inclination to do the tough work of socializing and building trust. The rewards are absolutely worth it (see #6), and the shelter staff will be grateful to you for adopting a cat that most people wouldn't want, but make sure you're able to provide for the cat's unique needs and challenges.

Never underestimate the importance of a good temperament! No matter how gorgeous the cat looks, do you really want a cat that’s going to terrorize your other pets (or you)?

3. When it comes to chances of adoption, a cat’s color matters.

Statistically, black cats are less likely to get adopted because of superstition. Call it shallowness or silliness, but looks DO count for a lot--some people are looking to get a specific color of cat, or even want one that will match their furniture.

Everyone wants a cute kitten, but a grown-up cat? Not so much. However, this means that often the cats who have been waiting the longest--namely, adult and senior animals--have the lowest chance of being adopted. Despite the fact that older cats are generally quieter, have set personalities, and are usually already house trained, people don’t seem to want cats that might have a smaller number of years left. No one said life was fair.

5. Even if they're not immediately friendly, please cut them some slack.

Some shelter cats grew up on the streets; others have been abused, neglected, or abandoned outside by the people they thought they could trust. Some cats come from hoarding situations (where often-mentally disturbed people collect/breed and keep large numbers of cats without being able to provide adequate care for them). You don’t know what they've been through, and unfortunately, they can’t tell you.

Just keep in mind you’re not always seeing shelter animals at their best. Most of them, no matter what their past situations, come into the shelter environment feeling terrified and insecure. (Imagine how you’d feel if you were suddenly scooped up and plopped into a new school or a homeless shelter.) It’s easy for them to become very anxious, irritated, or even depressed by all the stressors. Some are frightened by all the strange cats (not all of them friendly), the strange humans, loud noises, and environmental disturbances (cleaning, etc.) around. The ones who previously had loving families miss them and don’t understand what happened to them. So please be gentle.

6. You’d be amazed at what love, patience, and positive reinforcement can do to make them into the best pets ever.

Some cats really ARE bullies, and some really DON’T want anything to do with humans (never, ever) and probably never will. But most behavioral problems (scratching furniture, soiling outside the litter box, etc.) and shyness are reversible with some patience and good training. Even feral cats can blossom in a quiet, patience, and caring home. Don't be afraid to take a chance on a shelter cat!