6 Things I Didn't Realize Until I Left Boston
Odyssey

6 Things I Didn't Realize Until I Left Boston

The rest of the country is wicked different. 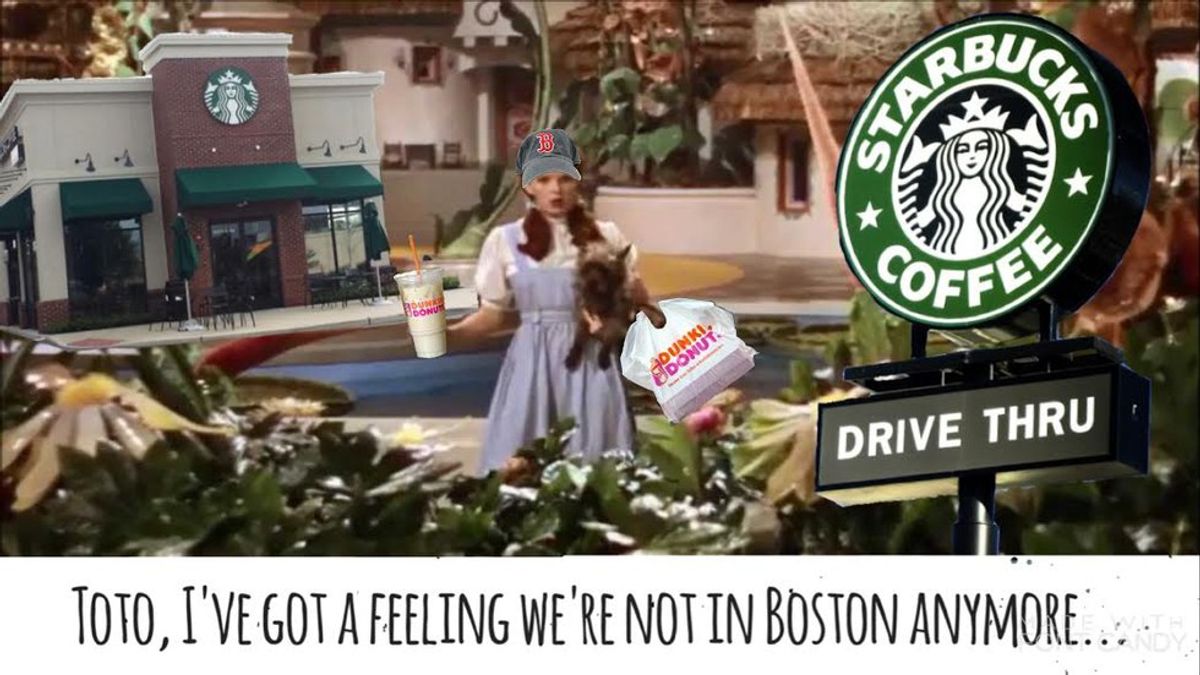 When you’ve spent your entire childhood growing up in, or right outside, of one of the most underrated cities in the world, you never want to leave. Everything you could ever need can be found right in the heart of Boston. You spend the first 18 years of your life blissfully unaware of the world's atrocities beyond the end of the Red Line... Until, one day, against your better judgement, you move away.

For me, that day came during my freshman orientation at URI. I was nervous about going to college out-of-state, but Rhode Island seemed reasonable. It was close enough I could hop on the commuter rail or Amtrak home, whenever I wanted. I drove into Rhode Island, naively assuming that my new life couldn’t be too different from my life back home. Boy, was I wrong…


I was sitting in the dining hall, eating dinner with a few other people from my orientation group. We were talking about how excited we were to go to college and how weird it was leaving home. I added to the conversation:


“Yeah, I’m pretty nervous leaving Boston, but the only thing keeping me sane is the fact that we have three Dunkies here on campus!”

Silence fell across the table. After a long, awkward moment, a girl from Long Island was the first to speak.

“What did you just call it?”, she asked.


“…Dunkies…”
“Um, it’s called Dunkin’ Donuts. No one calls it anything different. That’s so weird.”

That's when it hit me. Toto, I've got a feeling we aren't in Boston anymore.

Here are the 6 things I didn't realize until I left Boston.

OK—first of all, to clarify the scenario with the girl who has clearly never set foot in Massachusetts, Dunkin' Donuts has many nicknames… Dunkin. Dunks. Dunkies. DD. I’ve heard them all. Every different part of the Boston area has its nickname of choice. Still, no matter where you are from--Jamaica Plain, the South Shore, Revere--the ending “-in’ Donuts” is the Bostonian equivalent of NAILS ON A CHALKBOARD. I feel physically ill just thinking about it.

Also, people preferring Starbucks is a thing? And some people don’t drink iced coffee year-round? Good Dunkin' is truly an art and Mass Dunkin' is the Mona Lisa. In places like New York, Dunkin' just isn’t even worth buying. I went to a Dunkin' in Manhattan a few months ago, took one sip of my coffee and threw it in the trash. The poor guys can’t do it right. It is with great sadness that I say that I can understand why some people in other parts of the country prefer Starbucks, only because their taste buds don’t know the joy of real Dunkin'. Bless their souls. As far as I’m concerned, 80 degrees or 10 below, slap a hot cup on it and your iced coffee is good to go.


2. The rest of the country hates the Patriots?

Enough with this whole "Yankees of football" thing. How dare you compare a Boston sports team to those monsters? I've heard time and time again from people that the Patriots suck because they're "greedy cheaters". They are neither of those things! The Kraft family are HUGE philanthropists in the Boston area. If you didn't know (probably because you're too busy hating on Tom Brady), the Kraft Family Blood Lab (at Dana-Farber) is is one of the biggest platelet donation centers in the country. Do you still want to tell me about how greedy they are?

And you can go on and on about Deflate-gate... you just sound whiny. The Patriots won, fair and square, so stop acting like this is Pop Warner and your 10 year old is on the other team. But please, complain all you want and continue to tell us how much you hate the Pats.

To that, we say, shoutout to our haters:

3. Other people don't know how to drive in the snow?

OK, this one goes without saying. No matter where you live, winter sucks. No one wants to shovel their driveway. No one wants to drive on unplowed roads. The difference between Boston and the rest of New England? Boston sucks it up and does it anyways (safely...or not). A little bit of snow isn’t the end of the world. You wake up, shovel your driveway and go to work, just like any other morning. Yes, you might need to go a bit slower, but as long as you don’t drive recklessly and you make sure you clear the snow off of your roof, you shouldn’t have any issues. Just pay attention and use your common sense and you're good.

It blows me away that other parts of the country (even other parts of New England) feel the need to completely shut down when a few inches of snow comes their way. We had at least six snows days at URI last year, and I can promise you that back home we would have had school in pretty much all of them. This isn’t to discredit other areas caring about student safety, but come on people. Four inches is four inches.


4. The rest of the country thinks everyone speaks like Ben Affleck in The Town?

I really don’t understand this. Since moving out of state, at least one person a month asks me why I don’t have ‘an accent’ upon learning I'm from Boston. From this group, half of those people have told me I sound Canadian (Yes, Canadian... I'm just as confused as you are). I promise you, not everyone from Boston "pahks da cah in Havahd Yahd". Realistically, you can’t even park your car in Harvard Yard and good luck finding parking around Harvard Square- it’s wicked expensive to park in a lot there. You’re better off taking the T in, anyways.

Seriously, most people from Boston don’t have a “Boston accent”. Some people do and when you do have one, there’s a pretty good chance it’s strong. Still, most people I know talk just like I do… unless they’re driving. I find that I have a lot of friends and family whose "R"s become "Ah"s when they’re laying on the horn and yelling at another driver.


I do, on the other hand, use words like wicked. People around here do, in fact, buy liquor at the packie. If I need to turn around fast, I bang a U-ey.

P.S. they are called bubblers and if you try to tell me the chocolate ones aren’t jimmies we’re going to have an issue.

I felt personally victimized the first time I went to get a nice bowl of 'chowdah' in the URI dining hall and found a big pot of red soup. Manhattan, why do you wish to watch the world burn? I didn’t feel any better when I learned for the first time what Rhode Island Clam Chowder was. This is why the rest of the country can’t have nice things.

On a similar note, the only seafood worth eating comes from Massachusetts. I would not dare to order clam strips if I wasn’t at Sullivan’s and I would never eat a lobster roll if I wasn’t on the Cape.

This summer, I invited a few friends to visit me in the city. They had never been to Boston before and I promised I would show them around. I was excited to share my home with them and all of the different places that I loved. We had a great time, but still, while walking through Quincy Market, one of them turned to me and asked me a question.

"So, this is fun and all, but where are all the touristy places? Like where is the Times Square stuff?"

I tried to explain to her that what we had been doing-- Faneuil, the Swan Boats, Newbury--was the "touristy" stuff. Boston doesn't need all all of the gaudy lights, the big billboards, the crazy crowds. Boston doesn't need to hide behind any superfluous pizzazz. That's the beauty of our city. Boston is uncomplicated and effortlessly timeless.

Boston was a focal point of our once developing country. As our infant nation grew, this city grew with it. Boston was built to last and in a lot of ways, its people mirror its infrastructure: we are just as strong.

Caitlin Marie Grimes
University of South Florida
10284
Beyond The States