The Truth About Ash Ketchum

The Truth About Ash Ketchum

Revealed in this Odyssey Online Exclusive! 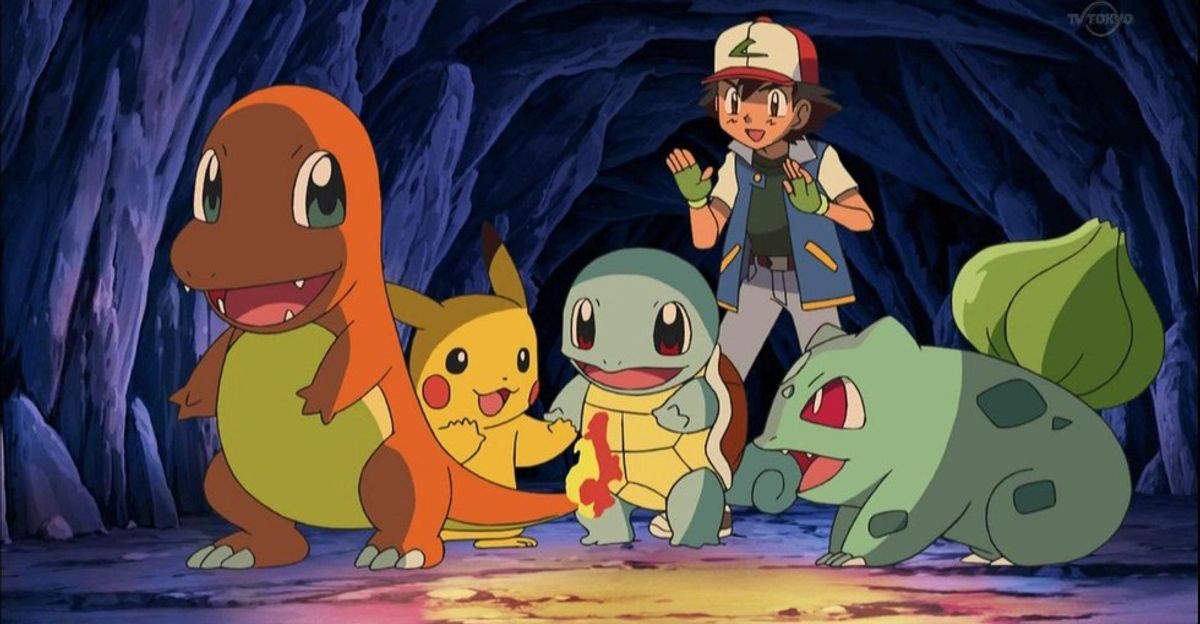 With the release of Pokemon GO, I decided to revisit my childhood and watch the first season of Pokemon: Indigo League currently on Netflix. After spending about a week or so of constant PokeRaps, I realized one important thing I never did as a kid:

Ash Ketchum is a huge jerk.

Yes, I understand he is 10 years old but come on - I definitely wasn't as bratty as him as a child. There are many moments throughout the first season of Indigo League where Ash needs to be put in his place, but here are the nine that make me the most upset.

We begin the series with Ash literally running late and missing out on a traditional starter Pokemon as a partner for beginning his training. Professor Oak gives him a Pikachu as we know, but honestly this kid does not deserve such a great lil electric Pokemon - ya snooze, you should lose, Ash!

Can we also talk about how he literally throws his pajama shirt over a Pidgey in hopes of catching it? Bruh.

I should also note that he doesn't even catch a Pokemon in this episode, despite the title.


2. Episode 4: Challenge of the Samurai

So Ash is moseying along with Misty at this point and trying to catch a Weedle. He alerts a swarm of Beedrill, and ends up being chased away, leaving his newly-evolved Metapod behind. Like, dude, when that Metapod was a Caterpie it was your VERY FIRST catch. If you want to be a Pokemon Master, your Pokemon should be your first priority, especially one you bonded with like Metapod.

I know Metapod, I'm rolling my eyes too.

In this episode, Ash and his friends make it to Cerulean City, where they battle Misty's sisters in a water-based gym, eventually earning Ash a Cascade badge. This is the main reason why I can't stand this Pokemon protagonist - HE DOESN'T EARN THE BADGES HE HAS. The Swimming Sisters just GIVE him the badge after he saves them from Team Rocket. How does that relate to showing the prowess of his Pokemon and his training skills in battle? Just...no.

At the very end of the episode, he also calls Brock "Brock-o" and for some reason that really bothers me.

Okay, okay. I know this little Charmander was left in the rain to die (basically) and Ash rescues it - HOWEVER, let's consider how he steals the Pokemon away from its (terrible) trainer Damien. Even though Damien was a terrible human who abandoned his beautiful lil Charmander, Ash literally convinced it to stick with him and switched the loyalty of the poor thing. It struck me as soliciting under duress.

5. Episode 15: Battle Aboard the Saint Anne

Another reason why Ash doesn't deserve to be a Pokemon Master: he allows himself to be pressured into trading away Pokemon! While aboard the Saint Anne and after a battle with a tough Raticate, the latter's trainer asks Ash to trade his Butterfree. Ash just GIVES THE BUTTERFREE AWAY FOR A RATICATE HE HAS NO COMPANIONSHIP WITH. He raised that Butterfree from its Caterpie stage, with it evolving much faster than usual. Who does this??? Eventually he gets it back, but just before the disasterous sinking of the ship.

Ash & Co. encounter a Gloom when Ash promptly makes it clear this Pokemon smells very bad and makes it extremely upset, resulting in Erika angrily denying Ash entry into the gym. He decides the only way to get what he wants is to dress up as a little girl (a la Team Rocket's prompting) and fake his way in. He is recognized and Erika gives him a Rainbow Badge after he goes in to save Erika's Gloom from the burning building.

This episode made me cry for a solid 4 minutes. During the episode Ash and his friends discover a flock (group? swarm? colony?) of wild Pikachu. Naturally, Ash's Pikachu is ecstatic and has so much fun playing and being around his Pokemon friends. Seeing Pikachu so happy, ASH DECIDES TO JUST LEAVE PIKACHU THERE AND CONTINUE HIS JOURNEY TO BEING A POKEMON MASTER. There are so many issues with this, in my opinion. First, he just abandons his starter Pokemon that he recently started having a strong connection with. Second, he just assumes Pikachu wants to stay with his Pika-friends without asking (communication is key!). Lastly, Ash literally dumps Pikachu and doesn't even give an explanation to his poor Pokemon as to why he's leaving him there.

In short, this episode made me have a lot of feels. So much sad, so much angry.

Brock's egg he's been warming and tenderly caring for finally hatches in this episode, leaving our trio to quabble over who gets to become Togepi's trainer. Their reasonings are as follows: Togepi hatched due to Brock's incubation, Misty thinks Togepi likes her best, and Ash found the egg. This showcases's Ash's bratty tendencies as he gets extremely upset that "he found the egg, but let Brock watch it for a while" and believes he's the one who should keep Togepi. It is decided before the episode ends that Misty will be Togepi's trainer. It'll be better off with her instead of Ash.

Yet another instance of where Ash just makes hasty decisions without consulting who it'll affect the most. In this case, Ash and the Gang happen upon a Growlithe police force - after Officer Jenny tells him this is exclusively a Growlithe training camp, Ash still decides that he wants Pikachu to be super strong, obedient, and powerful just like the Growlithe in the academy. Pikachu clearly doesn't want to participate and Ash only changes his mind after an admittedly touching moment where Pikachu recognizes his trainer despite Team Rocket's voice changing machine. Ash is TOO OBSESSED with power!!

As I have outlined for you, Ash has many faults but throughout the series proves that he has a big heart and really cares about his friends and Pokemon. Even though he can be a huge jerk sometimes I guess the good deeds he does outweighs his overall pretty rowdy personality.