"They come for the memes and stay for the history." Get to know the University of Oklahoma's History Club and how you can join! 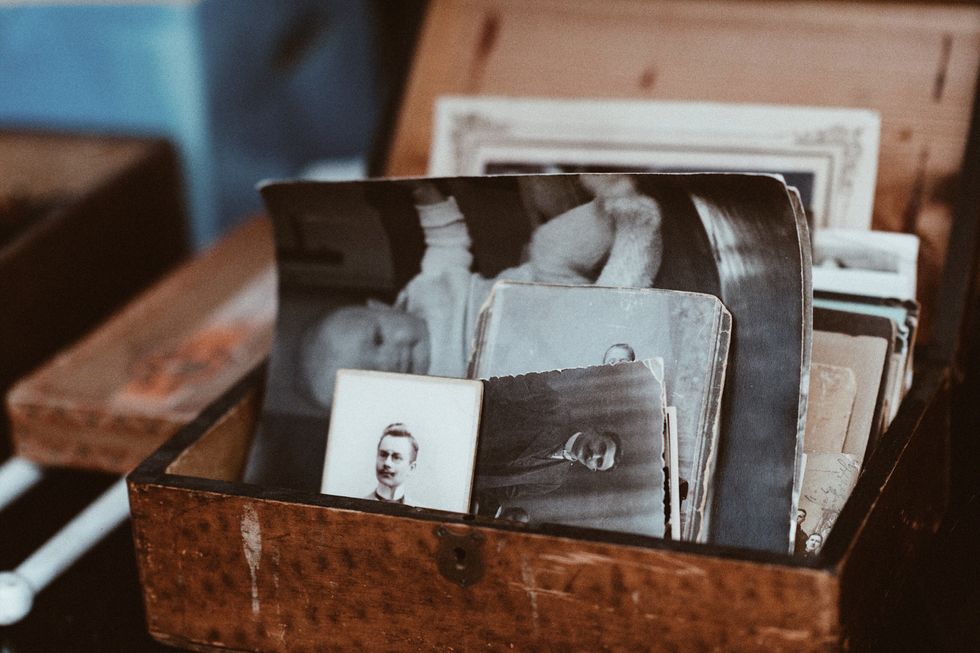 "They come for the memes and stay for the history," said Sally Johnson, an English-history major and vice president of OU's History Club. "History twitter is fire."

If you're active on Twitter, you may have seen one of the many notable memes from the University of Oklahoma's History Club. The twitter account is run by the club's Vice President Sally Johnson and I had a chance to sit down with her and the club's advisor, Sarah Olzawski, for an interview.

Founded in fall of 2018 by Paul Rolland and four other students, including current president, Allison Draheim, the OU History Club was created to provide a space for all students of all majors to share a common love of history. The environment that the club has made a "community and identity for students studying history on campus and to show that its a really cool thing to do," said Olzawski after opening up about her own experience as a OU history major.

The history club mainly consists of history majors, but also receives many English and some STEM students. "We get a lot of people who are interested in history but for reasons didn't choose to major in it so this gives them an outlet for their love of history here at OU," said Olzawski.

The club kicked off the new semester with a "make-your-own-meme" event where participants would write down captions on sticky notes for different memes that were posted around the room. "We get a surprising amount of people from the Twitter account to show up to our meetings," said Olzawski, "History club members are so funny."

The club's Twitter account recently had its first official meme week, featuring many memes that were created by members at the first meeting."I was blown away by how funny and historically accurate the memes were," said Olzawski. It was Sally's idea that I had also stolen from Twitter. I saw another university doing that. We try to interact with other history departments that are on twitter to see what they're doing, get ideas from them, and also build that community."

When asked further about the online collegiate history community, Olzawski and Johnson were enthusiastic with the national communication opportunity that they discovered through Twitter. "Something that's really important to us is accessibility to public history and I think the internet has given way to a really interesting conversation that has to do with digital history and accessibility," said Johnson. "When we are on Twitter we are getting to participate in a much larger digitally based historical conversation."

I asked about potential rivalries with schools like OSU and the University of Georgia that have had interactions with OU's Twitter in the past, but the relationship between the two Oklahoma universities' history clubs would be described as anything other than rivals. "With the OSU Twitter account we try to play it off as there was a little rivalry at first but we are so happy that they're there because now they can be a part of this bigger conversation. We also interact a lot with the University of Wisconsin," said Johnson. "Our professors are some of the most fun and engaging on campus and we feel like a lot of people don't know that and so we try to get that across and that's a platform where we can do that. A lot of universities and departments take part in this and it's fun! It's engaging and it's interesting which aren't words that people sometimes would associate with history departments. The fact that we have this outlet is really amazing for us."

The club aims to meet twice a month with their occasional trivia and movie nights, which always draw a large crowd, and anyone is welcome! Along with these meetings, the history club has one big event each semester. Last semester featured a Halloween party that donated all proceeds towards Norman Citizens for Racial Justice for the Norman People's Museum. This semester, University of Minnesota scholar Jason Herbert, creator of the Historians at the Movies hashtag on Twitter, will be stopping by for a live stream! Each week, a movie is chosen Sunday night that is easily accessible and all used of the hashtag will live tweet the movie. Herbert has taken his trend on the road and live streams from different universities and will collaborate with the OU History Club on April 12.

At the end of the month the history club will be hosting a career panel featuring OU history alumni discussing what they have done with their History BA degree. "I would encourage people from all majors to come because we have so many people from so many different backgrounds that will be on the panel," said Johnson. This event will be from 4 p.m. to 5:30 p.m. Feb. 27 in Ellison Hall Room 132.