The Tattoo Ceremony at North Georgia
Odyssey
CurrentlySwoonLifestyleHealth & WellnessStudent LifeContent InspirationEntertainmentPolitics and ActivismSportsAdulting
About usAdvertiseTermsPrivacyDMCAContact us
® 2023 ODYSSEY
Welcome back
Sign in to comment to your favorite stories, participate in your community and interact with your friends
or
LOG IN WITH FACEBOOK
No account? Create one
Start writing a post
Student Life

A ceremony in honor of our graduating cadets. 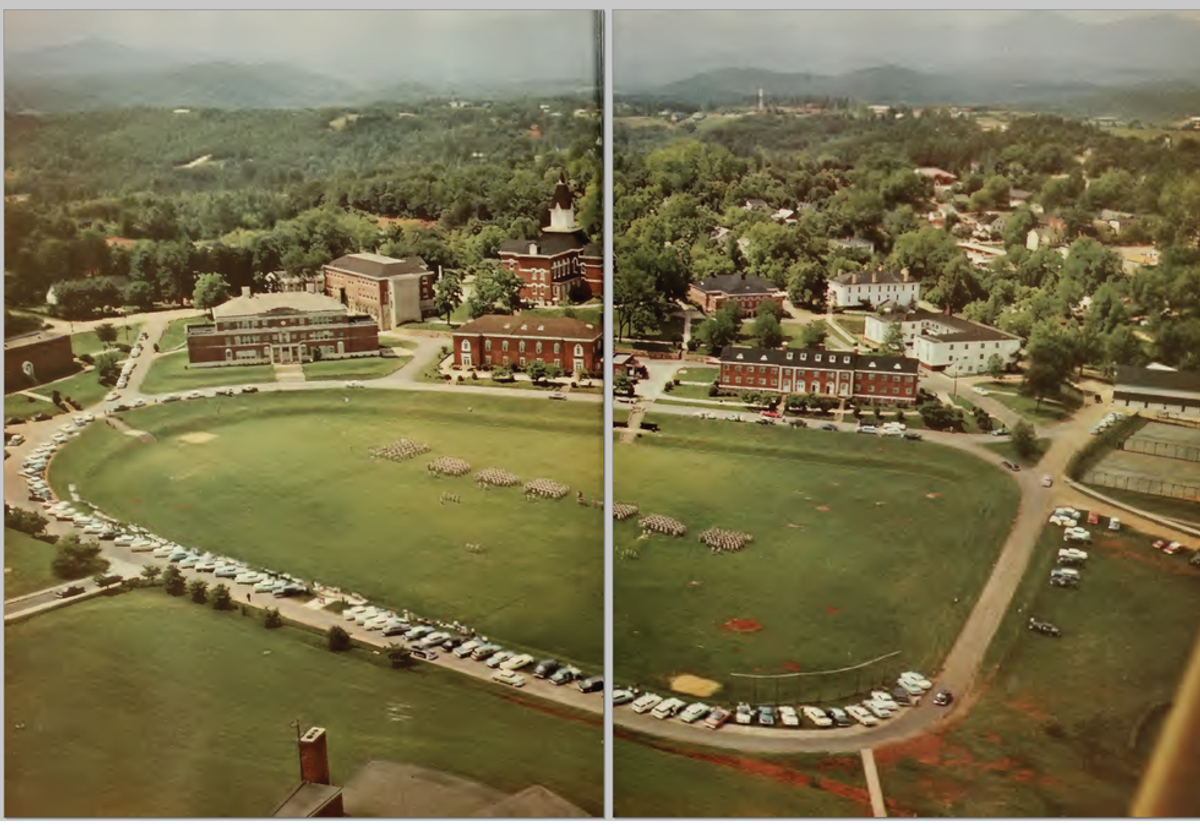 The night was fastly approaching during one evening at the University of North Georgia. The temperature was far below freezing as a lone person stood facing the reviewing stand of the drill field from the opposite end. In his left hand, he held a trumpet silver plated with minor scratches. He stood there looking off into the distance as if he was waiting for something. He had been preparing for this moment for days. He would always watch his friends who were in the Corps of Cadets training on the drill field and marched with them during reviews. He was a member of the band at the school and he did what he did best-- played the trumpet.

He never knew that seven years ago would lead up to this point as a trumpet player. As he stood in the cold, he knew it was close to the hour. The drummers next to him began to beat their drums loud as if calling for someone. Silence fell over the dark campus and no one dared to make a sound. Then over beyond the hill, he saw them. Men and women in uniform marched down the side of Gaillard Hall towards the drill field. In front of each company was a torch bearer, holding the spirit of UNG. The cadets marched together. Some were younger than the other while some of them have seen true war. Together they were the Boar's Head Brigade, the best brigade of all the senior military colleges. They were gathering tonight for something beyond measure and merit. They were recognizing those who would march one last time on the drill field before leaving for commission or in the private sector. The cadets marched onto the drill field side by side, tonight their formation was twice as good. They stood in the cold just like the bugler. Waiting. Listening. Silence fell and the drums stopped.

This was the Tattoo Ceremony. The ancient tradition that UNG holds dear to its soul. It marks reverence and thanks to those who would soon be graduating from the Boar's Head Brigade. First, a prayer and the Star Spangled Banner were heard. Silence fell once more. As everyone stood in the coldness the warmth of the flame could be felt by everyone. The Bugler stood looking out towards the brigade. He was here to assist something that he knew needed to be honored. For years, the University of North Georgia produced the best of soldiers, of officers, and even of Generals. Here the college was honoring those who would leave this hallowed ground and protect our nation as a whole in many capacities. The Army Song was sung. The loudness of the cadets could be heard for a mile away. The pride. The courage. The honor. They represented the great pride this school cherishes and redeems. The protectors of our traditions. The Bugler sounded Tattoo one last time for the cadets who were graduating from the Corps of Cadets. Though his mouthpiece began to freeze against his lips he pushed onward to give the best bugle call he could for these men and women. The Tattoo bugle call is the longest of US bugle calls. It represents a long tradition of preparing to bring the evening to an end, to extinguish the lights and prepare for taps. Playing it live rather than on a recording represents a sense of respect and honor towards those who hear its call on a normal day. After Tattoo was played one final time at UNG for the cadets who were graduating, the entire brigade marched around the drill field one last time for this semester. This ended the semester to another great year at UNG. For those who were graduating from the Corps of Cadets, this meant the beginning to a life of honor, respect, and servitude.

With the knowledge, they gained here and on these hallowed grounds they will shape the world before them. They carry with them the spirit of North Georgia. They march upon the soil that hundreds have marched on before. They are the best brigade of the six senior military colleges. They are the Boar's Head Brigade and it was an honor to sound Tattoo for those who must carry on that spirit with them into the world of the unknown.

Nicole Marie Nigro
Individual Creator
9683
c1.staticflickr.com
Where to start...... Let me start with the cliche that life throws us curveballs and what we do with it is what counts.