The Other Side Of Addiction

The Other Side Of Addiction

When the addicts are numb we feel all the pain. 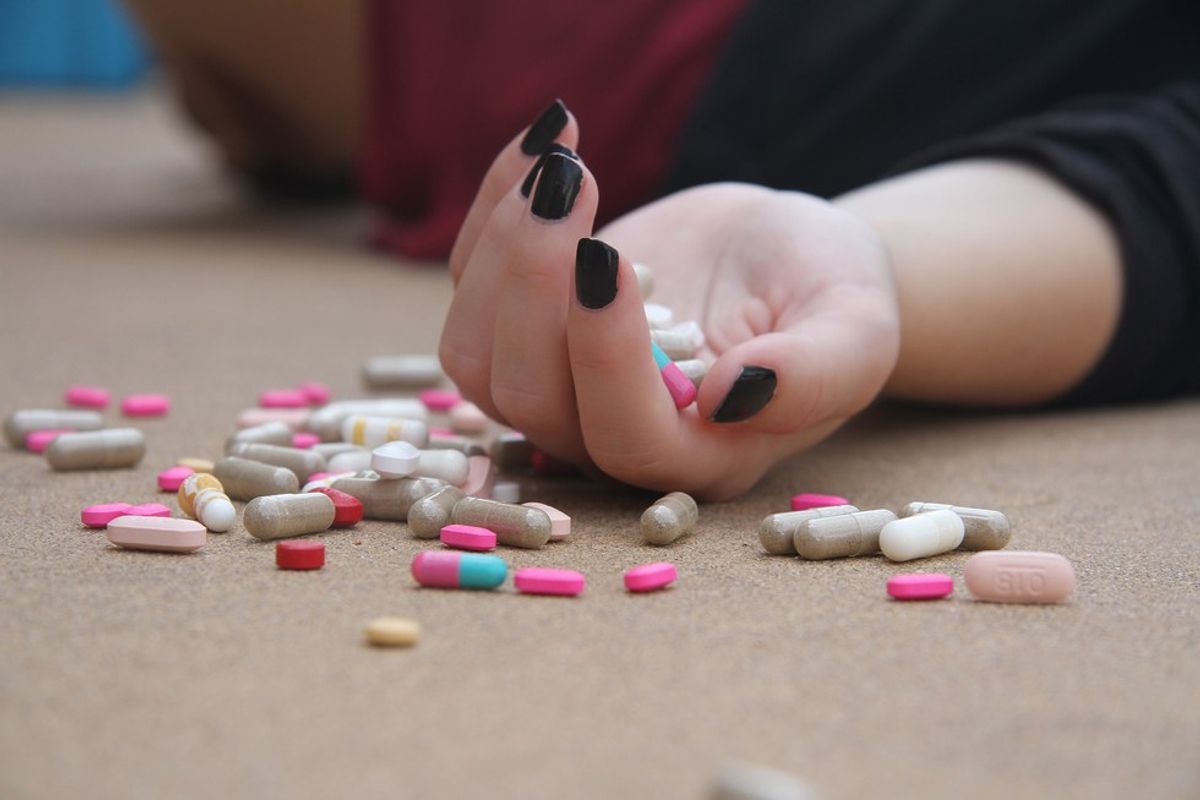 While scrolling through your news feed, I am sure that you have all felt the gut wrenching feeling as you read an obituary title of another lost soul that failed to conquer their powerful and despicable opponent, addiction. We all feel the same shock and remorse for the family, say a quick “oh my god, I would have never guessed” and move on with our day. If your life has not been touched by the epidemic we call addiction, you are a lucky human being. I am jealous of you. Because, yes there is a back story for every obituary, and one that involves lots of heart break and broken promises. For the most part that person didn’t die on their first hit of the drug, they along with their loved ones, more than likely braved a long and treacherous battle all the way up until their final demise. So I am not here to talk about being an addict, I have never been there, I have only ever experienced the other side of addiction.

As far as addiction goes, I have been a sister, a cousin, a friend, a niece, and most recently, a girlfriend. At a very young age I saw the effects of addiction, this was something that set me up for life, I really used those lessons to better myself. I knew I did not want to be the person that stole their child's 7th birthday money just to satiate their addiction. Growing up I vowed never to touch a drug. To all my friends I was the one always was yelling at everyone about their choices. They were all thinking about the moment, and I knew about the residual effects.

My sister and I were 10 years apart, so I looked up to her like nobody’s business. I watched her every move like a hawk. Because of this, I saw some pretty dark moments in her life and they will forever be ingrained my mind. There was a time where I actually resented her for the way she was hurting my mom. You may not realize it, but when mom is paying so much time and energy to keep one child a float, the other kids tend to get the short end of the stick. But my sister is one of the lucky ones, she was able to see the light at the end of the tunnel and dig her way out of the lifestyle that was closing in on her. She wanted the help, and she found a way to keep herself clean and for that I will always be incredibly proud of her.

While my sister was using, and had distanced herself from all of us, I had started becoming very close with my cousin who was 7 years older than me. She was my role model, I wanted to be her when I grew up. I loved hanging out with my cousin even if we just cleaned her room. As long as I was spending time with her, I was happy. My world came crashing down when my cousin fell off of the pedestal I placed her on, I found out she was using. My heart was broken and my mind was infuriated, how could she do this after all she had watched my sister go through? My cousin was a different case than my sister, she had a much harder time pulling herself out and there was actually a little bit of time where I doubted she ever would, but again I have a strong beautiful cousin that is full of life and back to her old self and I could not be happier with that.

And this is where the happy endings start to fade, I had a friend named Vinny. Vinny was full of life, he was a great person, but he always got caught up in what ever bad decisions he could. This kid was a magnet to trouble. He thought that he was invincible to the point that we all started to believe it too. As the years went by he started delving more and more into different types of drugs and eventually they stole one of the best friends I have ever had from my life. I watched his life crumble along with the hurt all of his friends, girlfriends, and family members felt. Some people don’t get lucky enough to be blessed with the desire to change their ways, and poor Vinny was one of those people. My heart still aches for the loss of this beautiful person.

BEING THE SISTER (AGAIN)

Couldn’t stop at one sibling the disease had to mess with two. By the time my brother started using, I was exhausted. The hatred I felt in my heart for this stupid disease was making me turn the pain and anger towards my family and it wasn’t all their fault. Addiction is a disease, and one that is ruthless. It is a decision to take the first drug, but no one thinks it will happen to them. NEW FLASH: IT WILL. You are not immune to this disease, NO ONE IS. My brother went as far as to steal my car for a whole entire month, there were points in time I was worried that he could even be dead. Living in Florida and working on his sobriety, I really hope he is able to keep it up and hold onto his life with two hands.

Of all of the seats I have been in on this crazy train, this one has been the most difficult. In this spot it is inevitable to feel the responsibility of keeping your significant other sober. THAT WILL MAKE YOU CRAZY. No one can keep someone sober except for the addict themselves. This is the hardest piece of truth to take in, why can’t I just force him to go to rehab? BECAUSE IT WONT WORK, if he isn’t ready to clean his act up he will go right back to where he left off when his 30 days are up. The second hardest pill to swallow is the fact that his disease has nothing to do with his amount of love for you. When he is using he is thinking about one thing and that is getting high. In order for someone to get the help they need, as a girlfriend I learned I have got to step back and allow him to figure it out, when emotions are in the mix it is hard to see the true desire he has to quit and what his choices will be once the waves settle.

When thinking about addiction, think about the background noise, the people you don’t even realize are effected because I can promise you they are truly hurting. And when thinking about how using might affect your family the answer will always be negatively, so think before you start. It is a long and lonely road to recovery when the disease catches you, and I promise it always will.