The Myth Of Doing It All
Odyssey
CurrentlySwoonLifestyleHealth & WellnessStudent LifeContent InspirationEntertainmentPolitics and ActivismSportsAdulting
About usAdvertiseTermsPrivacyDMCAContact us
® 2023 ODYSSEY
Welcome back
Sign in to comment to your favorite stories, participate in your community and interact with your friends
or
LOG IN WITH FACEBOOK
No account? Create one
Start writing a post
Health and Wellness

The Myth Of Doing It All 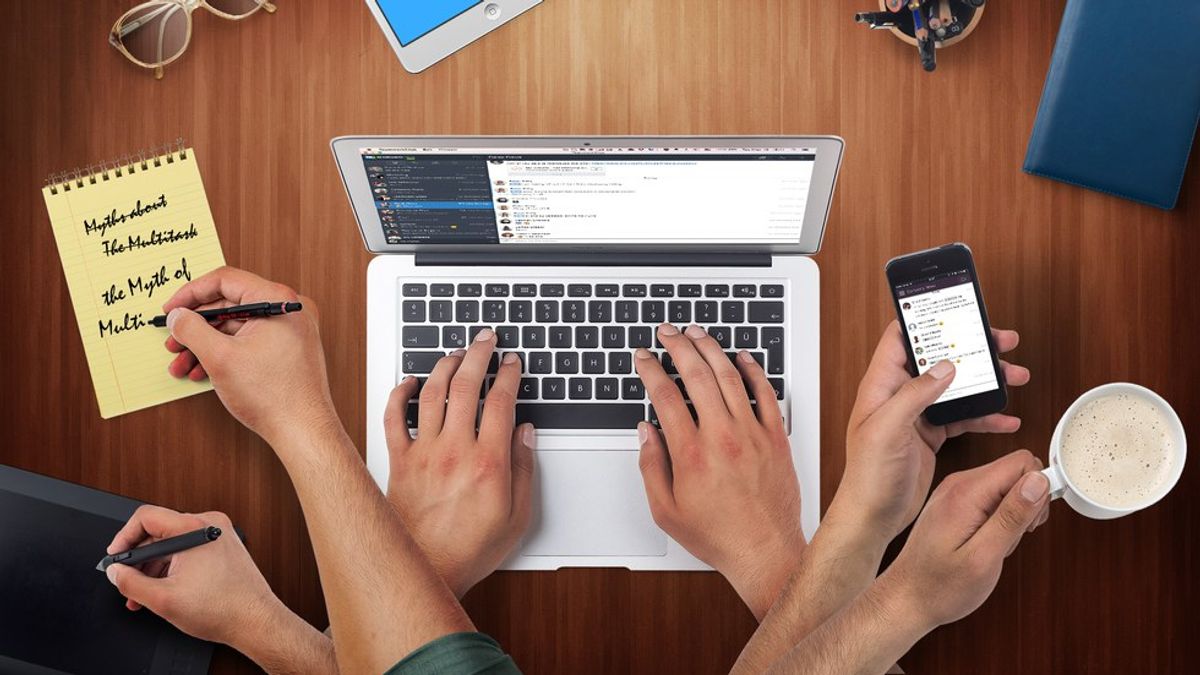 This was probably the single most shocking thing anyone has ever said to me. It was only eleven o'clock in the morning and I already had that "Crazy Eyes" look on my face. I had just come from a meeting at my first job and was quickly transitioning into job number two, while also planning to head to job number three in just a few short hours.

It hadn't occurred to me, until I was looking at the face of someone who was clearly concerned about my mental health, that maybe I was overdoing it a little bit. Not only was I trying to give 110 percent all the time, but I was trying to do it at three different jobs, with my social life, and in a classroom.

The title of this article is inspired by a book written by Sheryl Sandberg entitled Lean In: Women, Work, and the Will to Lead. Sandberg is the COO of Facebook and, if I'm being honest, one of my heroes. In her chapter “The Myth of Doing It All”, she talks about women and their struggle to balance being moms and being successful in the workforce. While I'm not a mother and I have no idea what the pressure is like to provide both financially and emotionally for a family, there is a distinct struggle in the college realm with several different forces all vying for my attention.

In my own life, I see the demands of multiple jobs. While not all of my jobs are financially necessary, there is a desire to both save and spend money while making my way through the demanding expenses of college life. I also happen to enjoy all my jobs, despite the added stress they bring. There's also the added cultural expectation of women to be smart, pretty, fit, and sociable, and I am not exempt from those societal expectations. I make time for friends even when there is no time, I stay up late to finish homework assignments, I go to fitness classes and do yoga every day, and I get up just a little earlier than my male counterparts to pick out a nice outfit and fluff my hair a little.

So why the expectation to “do it all”? Not just as a woman, but as a college student, and even more so just as an individual embedded in society. And what's more, why am I so invested in being, as it was so kindly put to me, “110 percent all the time”? Several answers came to my mind when I dug a little deeper.

The first, and perhaps most relevant idea, is the pressure of college. The need to beef up your resume, attain skills that will make you a valuable employer, and acquire life experiences that will make you a rounded, well adjusted person requires a near constant consciousness of whether or not you're doing “enough”. I can't stress the number of times I've sacrificed a meal or a night out with my friends for something that would “look good on my resume” or “get me an in with one of the professors in my department”.

And then there’s the idolization of working hard. Eat Pray Love is one of my favorite movies (and books) in the whole world. As I started college and picked the book back up again, I realized what it was about Elizabeth Gilbert’s journey that really called out to me. One particular scene involves her talking to her friends and acquaintances in a barber shop in Italy. One man criticizes Americans, saying we don’t know how to enjoy doing nothing. The Italian phrase is “dolce far niente”, which is roughly translated to “the sweetness of nothing”. We say “I deserve this break because I worked hard all week” and think that that is a healthy way to reward ourselves for a stressful week. In reality, we have no idea how to really enjoy doing nothing, nor do we allow ourselves time in our daily lives to do nothing.

A cross-cultural study was done comparing mental health and work time in the U.S. and Germany. In the journal, researchers mentioned that “there is arguably a strong culture supporting long work hours (Williams 2001) and numerous structural incentives to extend work time”. Jobs that have more flexibility with hours and better pay tend to demand more working hours a week (50 or more). These jobs have created an intense glorification of overworking in the U.S. Germany, in contrast, puts far less emphasis on the labor force and has all sorts of paid leave and mandatory vacation hours. Their study found that working moderately long hours (40-49) per week was far more common in Germany, while very long hours (50-59 or greater than 60) was more common in America.

The question I challenge myself to every day has become, “how can I achieve dolce far niente”? At a certain point, it’s important to acknowledge that you’re overdoing it, even just a little. There are so many demands in life that tend to create this role conflict, whether you’re a working mom, a full time college student with four part-time jobs, or a professor juggling four different college classes along with a slew of other academic responsibilities, that it’s easy to forget that there are other things in life besides “doing it all”.

As someone who constantly finds herself in a state of stress or anxiety, I challenge everyone to find one thing that gives them that “dolce far niente” feeling and really utilize it to make the best of a stressful day. Go for a walk in the park, turn your computer off for thirty minutes, go to a yoga class, have a cup of tea or a glass of wine and watch a tv show you’ve been missing, or anything else that works for you. The price of “doing it all” is your emotional, physical, and mental well-being. It’s taken me quite a long time to learn that lesson.

Nicole Marie Nigro
Individual Creator
2367
c1.staticflickr.com
Where to start...... Let me start with the cliche that life throws us curveballs and what we do with it is what counts.