The Magical World Of Calvin And Hobbes
Odyssey
CurrentlySwoonLifestyleHealth & WellnessStudent LifeContent InspirationEntertainmentPolitics and ActivismSportsAdulting
About usAdvertiseTermsPrivacyDMCAContact us
® 2023 ODYSSEY
Welcome back
Sign in to comment to your favorite stories, participate in your community and interact with your friends
or
LOG IN WITH FACEBOOK
No account? Create one
Start writing a post
Entertainment

The Magical World Of Calvin And Hobbes

This strip is timeless. 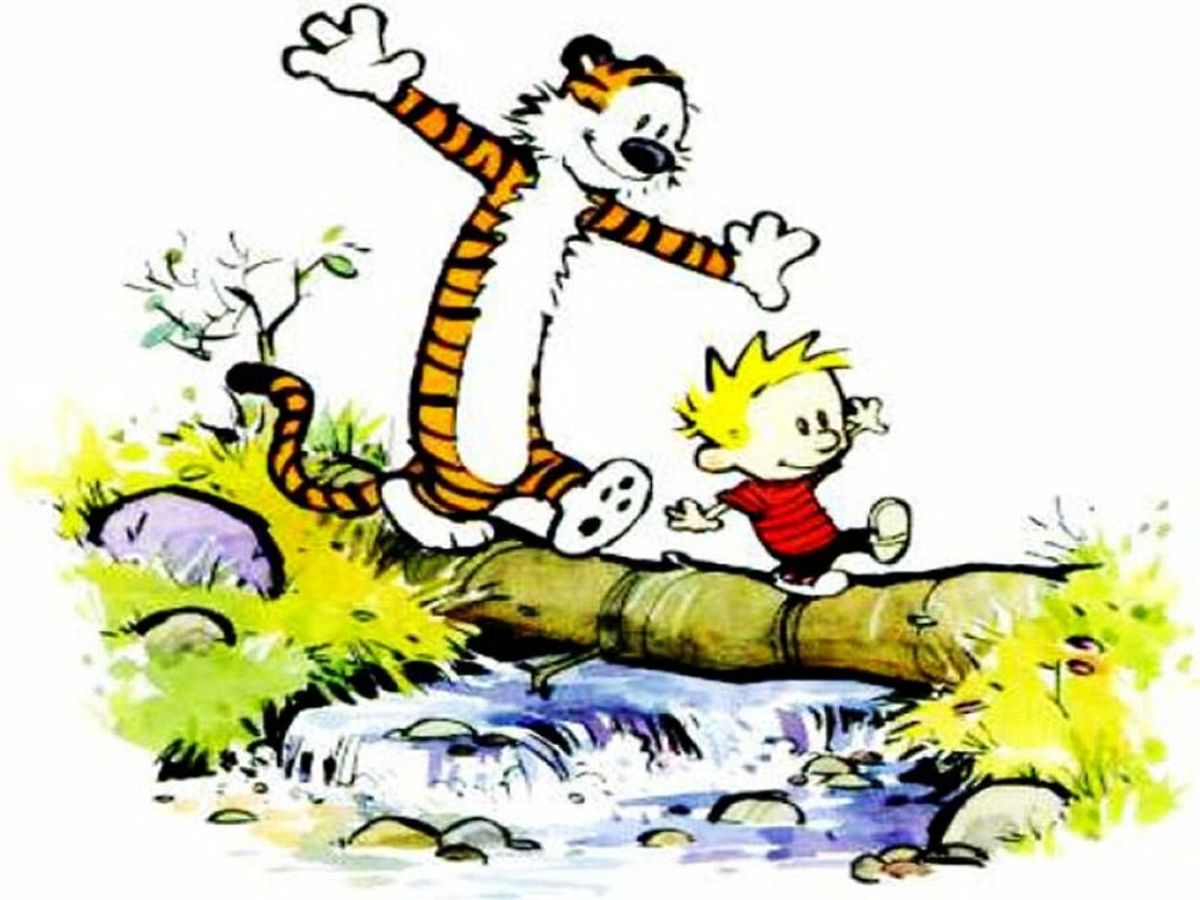 You ever have that one thing from your childhood that you just fell in love with? Something, that even coming back to years later is still enjoyable and has some of the same magic. I, honestly, have several things like that, but the one I feel best fits this description is "Calvin and Hobbes."

For those unaware, "Calvin and Hobbes" is a newspaper comic written and drawn by Bill Watterson that ran from 1985 to 1995. It stars Calvin, an exuberant and mischievous 6 year old, and Hobbes, Calvin's imaginary/toy tiger friend.

Yet, two strips later, there's Hobbes as a stuffed tiger. Well, while Calvin's parents, or pretty much anyone besides Calvin, are around. This duality is never really explicated, and is a testament to Calvin's imagination.


While Calvin lives the daily life of the average child of the time, going to school, messing around with Susie Derkins, the neighbor girl, and building snowmen, he also has a wild imagination, often imagining himself to be a superhero or space explorer.

Calvin frequently adopts alternate identities in his daydreams, such as the frequently explored Spaceman Spiff.


I have no clue when I first discovered this series; its last comic came out two years before I was freaking born. It has been with me my entire life, so it seems. I remember being a tiny child and having my parents read the comics out loud with me before bed. They even got me the complete series in three giant (for an 8 year old) hardback volumes. I have a hard time saying how special this series is to me because it's proven so influential to my imagination and creative mind.

One of the famous sled/wagon rides, where Calvin and Hobbes would wax philosophical about many different topics.


One of the reasons the comic has been so powerful to me and many others even after it finished its run is how deep it could be sometimes. Besides musing intellectually, Watterson often expressed critique of more serious topics, like the environment, or art:

And trust me, Bill Watterson knew a lot about art.

I mean, just look at this! He clearly knows what he was doing.


I drew so much from this as a child; I pretty much was the Calvin at my school, lost in their own imaginary world with imaginary friends, much to the detriment of my peers. I often played Calvinball(a game with no serious rules) with my sister. I even named one of my characters in my first "serious" project after Bill Watterson.

I took a look back at my hardback collection for inspiration after watching a documentary about the strip; even today, I find the comics entertaining. I even get some of the jokes that I didn't understand when I was younger. Thank you, Bill Watterson, for this magical comic.