The Importance Of JR And DACA
Odyssey

The Importance Of JR And DACA

Why we need relational art to see the pain of immigrants 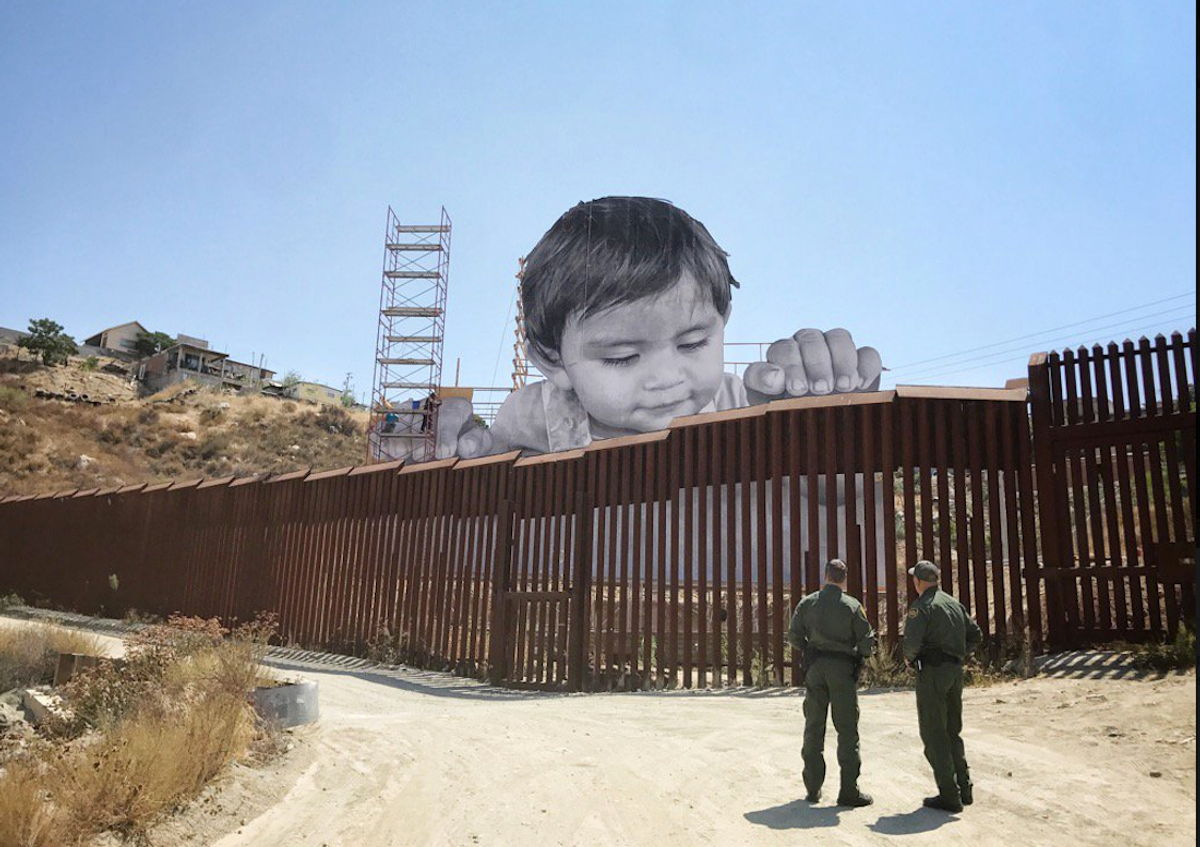 In the wake of the destruction of DACA, many young Mexican immigrants face the possibility of being sent away from the only home that they knew. DACA was set in place by President Obama to ensure that the children of immigrants who were brought over the border at a very young age, would not be punished for their parents actions. However, this seems to bring about little sympathy from the Trump administration. Cancelling DACA is taking opportunities from people who have grown up in the United States.

Not necessarily in response to this political decision, French photographer, known as JR, printed a giant picture of a young Mexican boy peering over the Mexican- American border. The picture is placed on the Mexican side, so the front view of the peering can only be seen from America. Originally, JR, wanted to take a series of photos of immigrants who are virtually the Ellis Island transports of today. The photo will stay up for a month.

Although the photographer did not intend for this to be a political statement, it served as one. There is so much destruction in this world-- from natural disasters to human actions, the only real hope for the world is love. Why is it such a big deal that the children who only knew America to stay in America. Once we look at the individual instead of the political side of things, we can see that silver lining of hope. The hope that we can just help each other out.

Before coming to Eastern, I seldom thought of immigration. In actuality, I only thought of illegal immigrants as adults. The fact of the matter is that we need to educate people more. because, even though some were brought to the US illegally, most of them were brought as kids making them innocent. I hope that the children who were granted DACA do not have to pay for a crime that they had no say in committing.