The I Am ___ Project: Your Right To Define Yourself

The I Am ___ Project: Your Right To Define Yourself

You aren't your mental illness. 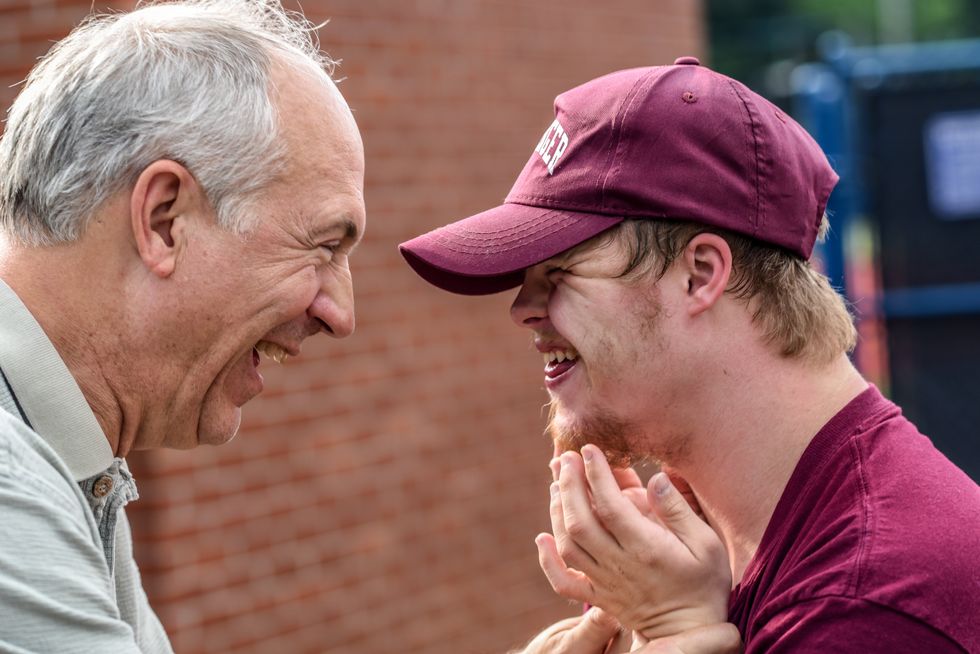 Photo by Nathan Anderson on Unsplash

For my honor's thesis my freshman year of college, I did a project very near and dear to my heart. In high school, I worked with children with autism religiously. Ironically, my friendship with these students began by a mistake. There was a class at my school called Unified Sports. In this class, students without autism worked with students with autism to help them engage in physical activity and develop social skills. Initially, I didn't want to be a part of the class.

I had never worked with kids with autism before… and frankly, I was scared I was going to mess up and hurt one of their feelings. But it only took one class period for me to realize that this class was going to be a new essential part of my life. That was my freshman year of high school, and after that first day of class, I worked with my kids every day until the day I graduated,

Needless to say, when you spend that much time with someone, you get attached. These kids are wonderful, in my opinion, they are actually usually better than people without autism. They knew how to love better than anyone I had ever met. There was no judgment, there were no cliques. They had big personalities and even bigger hearts. What they lacked in the thing's society values so much, they made up for with humanity that is so rare nowadays. So that's why it hurt so bad to see them defined by one "ailment".

One of the girls in the class was mute and non-responsive to social interaction. However, when you asked any kid in the class who their best friend was, they would say. her. She had something about her that just made the other kids feel. understood. She didn't talk, but she connected with them in a way that no one else could.

One day, she came in with a bracelet that said, "I AM AUTISTIC". I was heartbroken. This wonderful girl, who had so many amazing qualities, was defined by one word that barely played any part in her presence in the world. She was autistic… but she was also loving, funny, exuberant, dedicated… she was so much more than her mental illness.

But aren't we all? Her bracelet got me thinking, people who have mental illnesses often lose the chance to define themselves. They are trapped in stereotypes formed by others and self-hate formed by themselves. It's not fair.

I began the "I AM _____" project. The idea behind my project was this: If you could choose one word that the world would see you for, what would it be? I reached out to my community and asked for people with mental illnesses to step forward and tell their story. I asked what their illness was, how it affected their lives, what three words they felt that their illness defined them as, and what three words they hoped to be defined as.

The number of people who responded was shocking. I had sorority girls, adults, young children and everything in between. People who had permanently messed up their bodies or lost their jobs because they couldn't break past that mental barrier. People who were so good and beautiful…but couldn't see a bit of it. I saw these astounding people full of so much disappointment in themselves…. And it sucked. I just didn't understand how the people I found so wonderful couldn't see the same in themselves.

I shared their stories (with their permission). I compiled a book of their answers and a short documentary. When I presented my project, I wanted to leave the audience with one thought- you aren't your mental illness. You have bipolar disorder, you aren't bipolar. You have depression, you aren't depressed. You have autism, you aren't autistic. In each one of us, there is so much more than one word can possibly summarize.

Please, never reduce yourself or anyone else to one word. Never let one thing about you completely change who you view yourself to be. You are a combination of every part of yourself, every flaw and every gift. Don't be ashamed of any part of yourself. Without autism, the girl who started my project would never have made the impact she did on my kids. Every part of you is there for some purpose. It is up to you to find that purpose, just like it is up to you to choose your own "I AM ____".