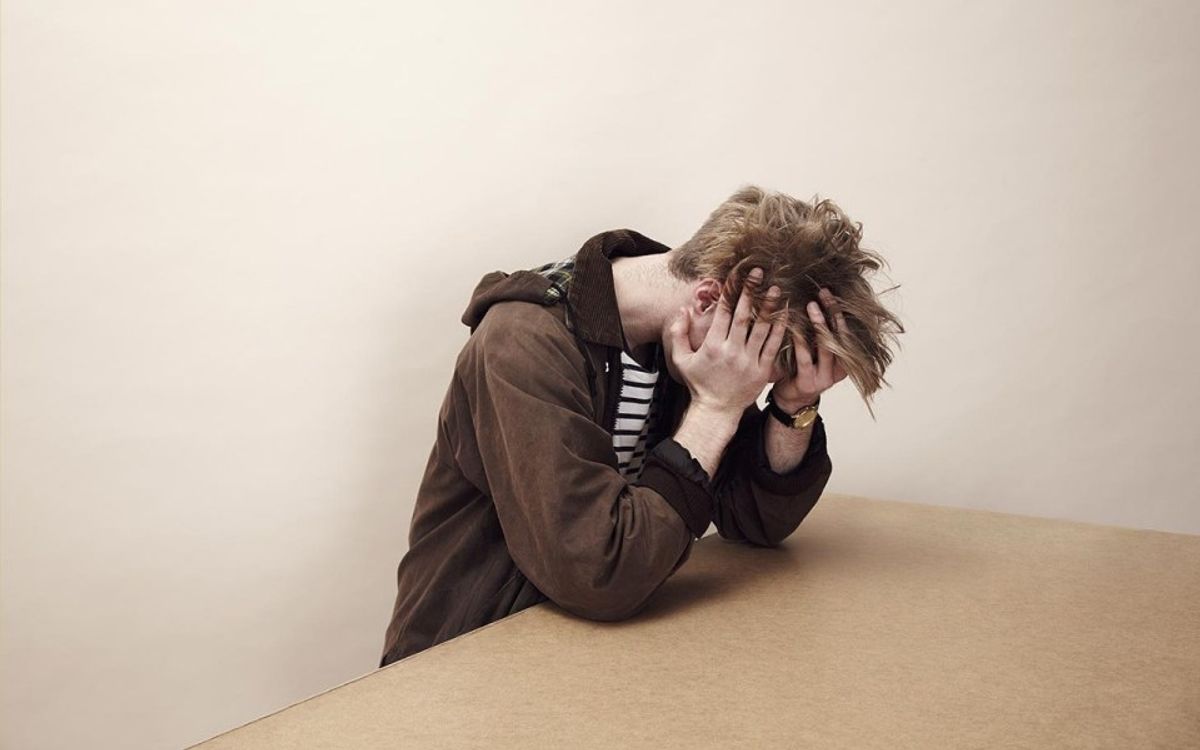 I've had depression since I was 14-years-old. It's not something I hide, nor am I ashamed of it. It's just been a part of my life for a long time. It's actually one of the reasons I got into writing; In order to sway thoughts of bodily harm and emotional depreciation, I started to create stories. Because my world was unbearable at the time, I immersed myself into ones that I created and that I had control over. Luckily, being a part of Odyssey has given me an outlet to continue to express my opinions and inspiration for storytelling in a more healthy way.

When my journey began, it was incredibly difficult. I spent two years on various medications, one of which gave me a sleeping disorder. I had two doctors tell me that I was bipolar, one told me I had anxiety, and one went as far as to tell me that I should be committed (at this point, I wasn't suicidal or isolating myself from the general populace).

I knew that I had none of these disorders; I was just depressed. See, a lot of people don't realize that depression is co-morbid with a variety of other disorders that coalesce into a cacophony of emotional turmoil. I was depressed, which made me feel anxious. When I was anxious, I would often switch between being anxious and being relaxed. This would often cause drastic mood fluctuations which, in reality, is quite normal for someone who has depression.

When I hit college, I majored in psychology because I wanted to understand why I experienced this horrible emotional stress as a child. As I grew into my big-girl pants and developed a passion for investigative journalism, I started to dig into the possible reasons behind my unhappiness.

Around this same time, I was beginning to immerse myself into the world of social media. Truth be told, I didn't get a Facebook until right before my sophomore year of high school, and I got a Twitter during my second year of college. I still don't have an Instagram.

As I started to break away from my cocoon of self-imposed social media isolation, I noticed that celebrity and peer deaths filled my news feed on a regular basis. Some of them were due to natural causes, but a lot of them were suicides. Why was that?

According to a study by the American College Counseling Association, there has been a 16 percent increase in depression rates in college populations since 2000. Additionally, according to some recent studies published in a Washington Post article, 44 percent of college students experience depression, and suicide is one of the leading causes of death among students.

According to anoter recent study, 1 in 5 Millennials reports being depressed, compared to 16 percent of Baby Boomers and 16 percent of Generation Xers. That's a huge discrepancy. Why?

"Millennials are growing up at a tough time. They were sheltered in many ways, with a lot of high expectations for what they should achieve. Individual failure is difficult to accept when confronted with a sense you're an important person and expected to achieve. Even though, in most instances, it's not their fault -- the economy collapsed just as many of them were getting out of college and coming of age -- that does lead to a greater sense of stress," Mike Hais, a market researcher, and author, told USA Today.

You see, reader, Millennials are growing up in the wake of the most devastating economy crash since The Great Depression. They're growing up around a 50 plus percent divorce rate and during the Digital Age where nothing is private, secure, or inaccessible for longer than 30 seconds. Millennials are bombarded with social, economic, emotional, and educational stressors the likes of which this world has never seen.

Our entire lives are displayed on screens. Our education is based on an obsolete letter that a professor, whom most of us will probably never see outside of class, gave us. We are expected to walk out of college, degrees in hand, with a job on the horizon. We are expected to delve into our college careers with nothing more to go on than our high school educations, and walk out having all but cured cancer.