To The Friend Who Puts In Effort But Never Gets Any In Return
Odyssey
CurrentlySwoonLifestyleHealth & WellnessStudent LifeContent InspirationEntertainmentPolitics and ActivismSportsAdulting
About usAdvertiseTermsPrivacyDMCAContact us
® 2023 ODYSSEY
Welcome back
Sign in to comment to your favorite stories, participate in your community and interact with your friends
or
LOG IN WITH FACEBOOK
No account? Create one
Start writing a post
Student Life

An open letter to the friend who always puts more effort in. 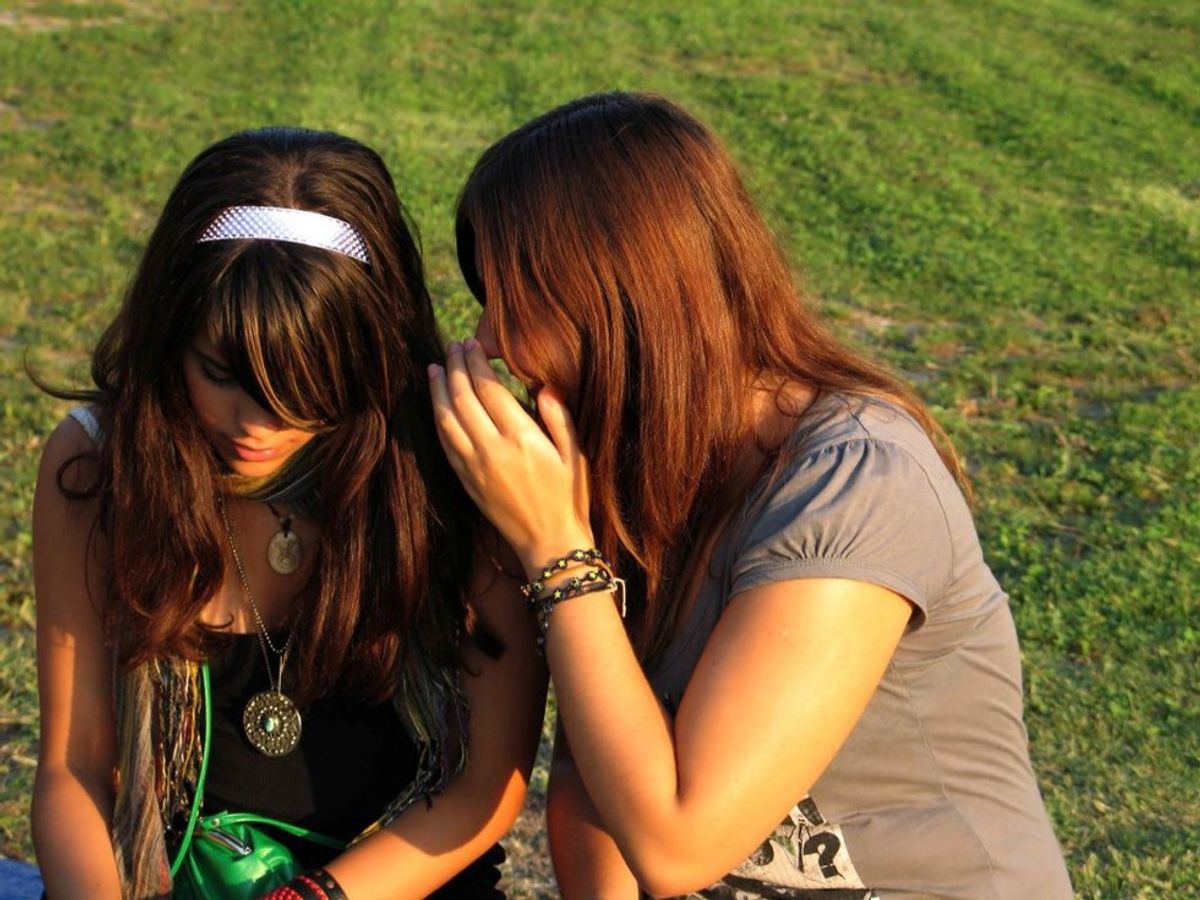 To the friend who always puts in the effort, but never receives any back — you are not alone.

Countless times have I had a friend who doesn't work as hard as I do. It's not fair to be put in the situation where you care more than they do, and it can weigh heavy on a friendship and on your self-esteem.

Friends come into our lives because we enjoy their company, we enjoy talking to them, and we want to have someone who we can get to know.

It becomes obvious when someone isn't there for you, and they are there for themselves. These people don't start conversations, return texts, offer to hang out with you, or asks before you do to have lunch.

It doesn't matter if they're "bad at social media" or "bad with texting first." You will always be the one who puts in the extra effort, and it will never change unless you do something about it.

It seems as if being constantly paired up with someone who isn't up to par on the friendship ordeal can seem never ending.

We've all had our fair share of people who refuse to do the work, but they reveal themselves, and it becomes prominent of what to do next.

It can take a while to see a friend isn't doing their part. A friend of mine didn't spend time with me for four or so months when we lived five minutes away from one another. I texted her first, asked her to hang out and tried to be a good friend with her. I learned it wasn't worth it after she didn't support me at my musical, at my prom and when I asked how she was doing during a rough time. After I texted her first for months asking her how she was, and seeing if she wanted to get lunch, she never once asked or wanted to spend time with me. These people are not worth the time and energy. They aren't worth waiting months to hang out when they live around the corner. They aren't bad at communicating—they don't want to spend time with you.

Sound familiar? Maybe it does, and you have a friend who isn't putting in the extra mile. You're not asking for them to be your best friend; you are asking them to be a friend and to return the favor of a text message.

Stop making excuses for the people who don't want to spend time with you. These are the people we wrap out heads around and ask ourselves, "Well, why don't they ever ask me to hang out or ask me how I am?"

You can make a million excuses just to keep them by your side, but ask yourself out loud, "Would they ever worry about how I am?"

There are instances where people truly are busy, whether it be with school, work, family, etc. It can be completely out of their control, but it is in their control to also ask you how you're doing and to keep you around.

Standing around doing all the work in a friendship is exhausting, and you will start to feel it after the first 50 times of asking how they are, and the question not being turned around on you.

It can feel as if you're the only friend in the relationship and you're talking to a brick wall. All you want them to do is reciprocate they also care, but they just can't be there at the very moment.

Mostly, it's up to you to decide who you keep around and who you don't. We control the friends we make and the people we want to continue with. Don't waste your time on people who don't appreciate you, and it's obvious through their actions.

You can talk to them about it, and it's time for them to make changes. However, if they don't make do with your feelings and reciprocate theirs, they aren't in it for the long haul, and they are not worth the effort.

Use your effort for someone who asks you how you are and means it. Not someone who says, "Nm, u?"

You are worth so much more than to be in a disappointing friendship.

Nicole Marie Nigro
Individual Creator
2885
c1.staticflickr.com
Where to start...... Let me start with the cliche that life throws us curveballs and what we do with it is what counts.