That Time I Pretended To Be 'Perfect'

That Time I Pretended To Be 'Perfect'

I put on such a good show that I even fooled myself. 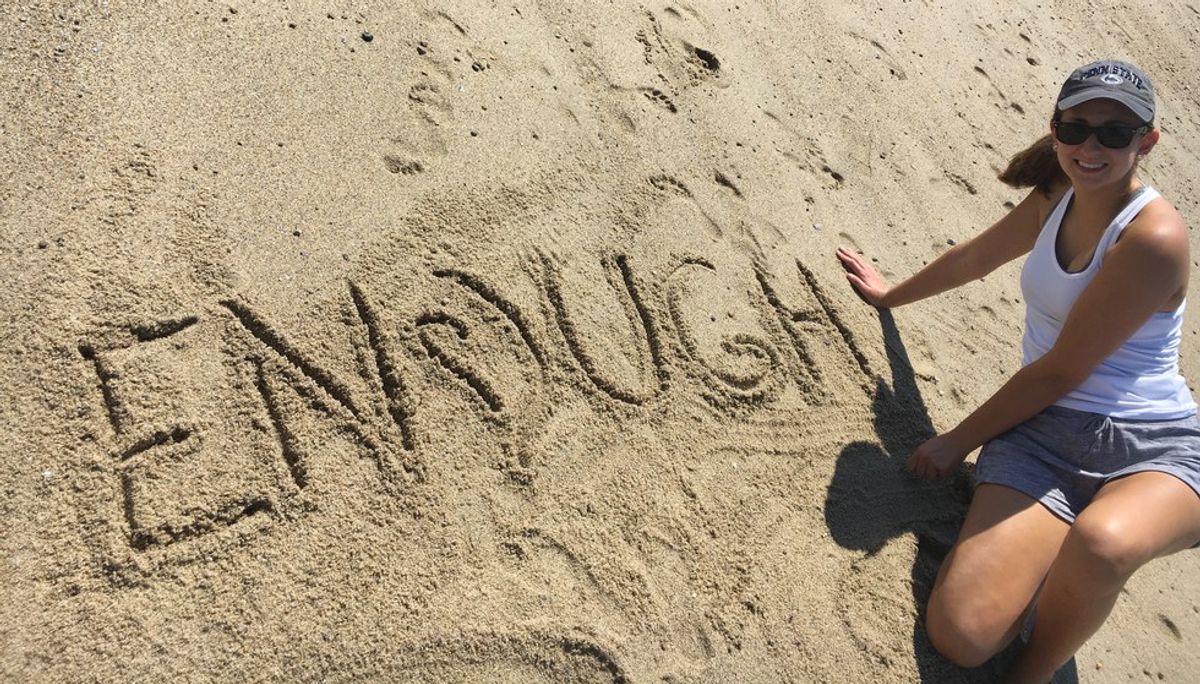 I tap my foot on the tile floor of the restaurant and glance nervously at the menu. The calculator in my head kicks into overdrive as I count every calorie of every item, desperate to find the littlest amount of food I can consume to still fit in with my friends eating lunch while keeping below my self-imposed intake limit for the day. It seems impossible to find something I am actually willing to eat. I let out a sigh and think to myself: “Maybe, if I let myself splurge a little and order a full entrée, I can make up for it with some extra time at the gym. Oh, but I have an exam tomorrow. How will I fit my workout in and study enough to get an ‘A’ on my test? I can go to the library straight from the gym. I’ll be tired but at least I’ll be able to focus on my studying without feeling so guilty. I NEED to burn off these extra calories.”

Welcome to the mind of an eating disorder.

I sit and type these words as I fight for my recovery in a treatment center, on medical leave from school and watching my peers enjoy college from my phone screen. My stomach churns and my eyes well up with tears as I replay my first semester in my mind. I was fine. I was happy. I had great friends, perfect grades and an opportunity to study psychology at my dream school. Things were going as planned.

Except that they weren’t.

Behind my bubbly personality and big smile, my world was falling apart. Sure, I could complete my schoolwork and show up at club meetings, but I was never totally present. I lived in my head, constantly preoccupied by negative thoughts and an endless pursuit for perfection.

When it was determined at the end of December that I would need to take a semester off for treatment, I was devastated. I trusted that my medical team was doing what was in my best interest, but I had no clue what to tell my friends or professors.

The media and society as a whole depict eating disorders as an issue of vanity. They paint this picture of a sad, sickly thin girl who would give anything to be beautiful. It could be argued that eating disorders are glorified by the media – the “willpower” it takes to starve yourself and destroy your body is seen as a display of self-control. The thing is, eating disorders have nothing to do with appearance. Weight can serve as an indicator of an issue, however, the majority of those dealing with eating disorders are at or above a normal weight. Eating disorders are ultimately mental illnesses. While they eventually evolve into a body-related obsession, they stem from perfectionism, a desire for control and an inability to cope with life stressors.

People were surprised to discover that I was taking a leave for the spring semester to seek treatment. While many of my friends knew of my struggles, they were confused as to what was wrong because I put on a great show. I faked smiles, forced laughs and kept my struggles quiet in hopes that maybe if I practiced being okay often enough, my problems would disappear. And for the occasional fleeting moment, they did. I went to football games, pulled all-nighters, explored campus with friends and felt like a true college freshman. No one else could hear the noise in my head, so I pretended to ignore it too. Even when I was attending therapy appointments several times per week and sitting in the stairwell of the union building wondering how I would make it through the night, I told myself and others I was fine. In reality, I was lying to everyone including myself.

YOU CAN APPEAR HEALTHY AND HAVE AN ACTIVE EATING DISORDER.

In the worst of my eating disorder, no one knew how difficult things were. Even though I didn’t “look” sick like the media would have you believe, I spent the majority of my time focused on food, exercise and appearance. When I wasn’t obsessing over calories or weight, I was busy channeling my perfectionism into my schoolwork, determined to earn high grades and work towards a promising future. I was successful, but I surely wasn’t happy.

What I failed to see until the end of the semester is that no matter what grades I earned, I wouldn’t live to pursue my dreams if I kept up my dangerous cycle of eating disorder behaviors. Maybe I’d earn my degree, but I realized that spending days as a human calculator fixated on an unrealistic number is no way for anyone to live. I aim to help others and touch lives, something I unable to do if I can't help myself. I may appear outwardly happy, but I need to keep fighting to get to a place where I am truly happy with myself. I know there’s a world outside the negative thoughts in my head, and I am excited to see what it holds.

To learn more or receive support: