What I Learned From Field Hockey: Team Sports Are Not About The Sport
Odyssey

What I Learned From Field Hockey: Team Sports Are Not About The Sport

I’m a captain and a cheerleader, I'm a mentor and friend 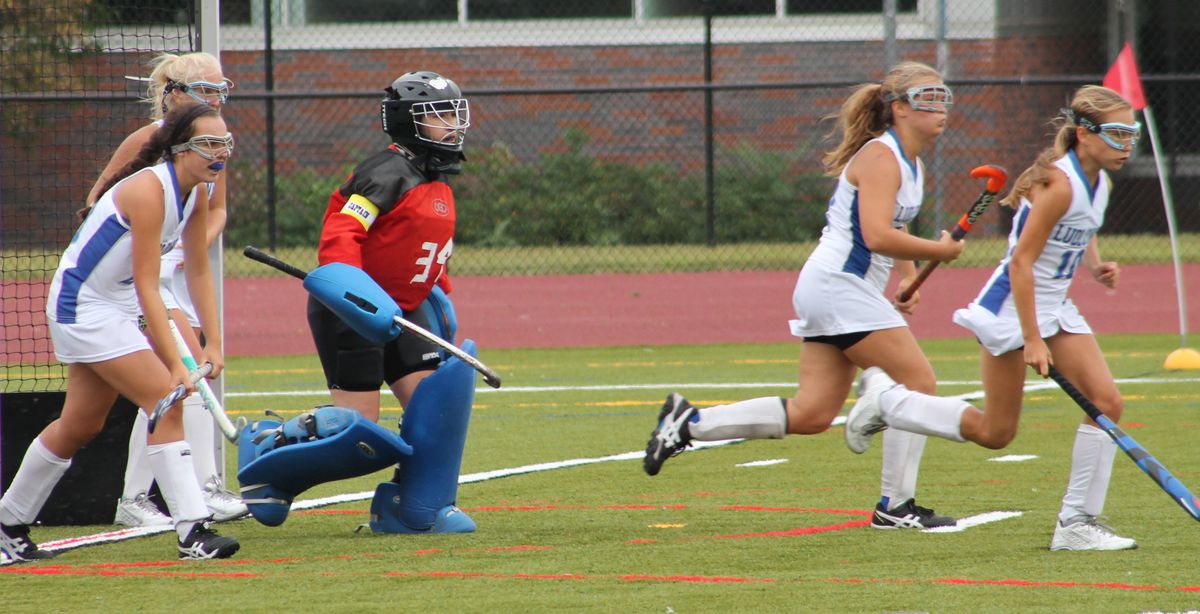 Technically, I’m not an athlete. Or, at least, I've never considered myself one.

Starting when I was about seven, I would try to skirt away from anything vaguely resembling physical activity: I would always keep one eye on the clock during ice hockey practice, I would rarely steal bases during softball games because I didn’t want to sprint more than necessary, and I lied to my fifth grade gym teacher when I told him I had bad ankles and asthma so that I could run a 12-minute mile and not be judged.

Yet, for no clear reason, I decided I wanted to try out for the field hockey team two weeks before I started high school. I had done weekend clinics at our local Boys and Girls Club and played on what was supposedly my middle school’s field hockey team but was actually ten little girls with red pinnies and no clue how to play the sport. When I told my parents that I wanted to try out, they didn’t stop nor question me. They helped me get the infamous forms in order, made sure I had all the required equipment, and signed me up for the training week that was highly suggested.

As I was leaving for the first day of training, my dad pulled me aside and told me, “Promise me that you won’t play goalie.” I guaranteed him there was no way I was trying out as a goalie. This story has since become iconic as well as ironic: the second I got to the field, all incoming freshman were asked if they would volunteer to be the goalie for the team.

I still can’t run. When The Walking Dead came out and everyone became hip to the zombie apocalypse trend, I would constantly think about how I would not survive a single second.

My freshman year coach set up four different courses, each subsequent number increasing the distance and intensity of the run. I would complete every single one of them in the absolute back. Coach Joe had me do hill sprints in my leg pads, running forward and backward on the balls of my feet. I would run the perimeter of the field in my leg pads. I would do everything in these huge blue compressed foam monstrosities, and by the end of the season, I was completely comfortable in my second skin.

Not only was I slowly gaining confidence in my own abilities but others were, too. Although it never ended up on my college applications, I was named one of the three captains of the freshman team. At that level, I had no true authority; it was more a designation of responsibility. I took it to heart, though, and learned groups function best when all work with one another instead of over one another.

I’m not going to say that this was when I began to enjoy exercising because that would be a lie. I loved to play field hockey; I hated to train in the off season.

The summer before my sophomore year, however, something changed. I began to want to push myself more, whereas prior to high school I would try and get away with as little as possible. Before I moved my junior year, there was a loop I ran that was exactly three miles. I knew each of the markers and would at first allow myself certain amounts of walking. By the end of the summer, I was running the whole three miles without breaks - and at my fastest speed.

Sophomore year can easily be defined by my physical improvements. Once I had grown confident enough to feel like I belonged on this team, I began pushing the limits of my body. I began jumping and diving and splitting; think of it as yoga in a fat suit. Looking back on old pictures, this was the year when I looked my best. My muscles were all being used in new and crazy ways. Not only was at my slimmest, I was at my strongest.

I didn’t realize how badly I wanted to be captain until the year I was almost cut. When I saw myself and the goalie the year below me being pitted against each other my junior year, I started to think on the past two I had committed to the sport and how much I had changed from it. Making the team was half the battle, however; I was kept strictly on junior varsity, never once swinging up to gain exposure to that level. While part of me was aggravated that my dedication and hard work not only seemed unrecognized but irrelevant, the majority of my spirit held steady to my teammates.

My defensemen and I had created an incredible bond that helped make our defense so ridiculously strong year after year. During my senior year, my back began spasming (definitely, as the rude doctor at the walk in clinic told me, due to my diving and splitting) and I had to spend a week on the sidelines. At first, I was devastated that I was missing crucial games during my last year. But when I realized this meant watching the defensemen from a whole new angle, I was captivated; sure, my whole team moved like a beautiful machine during those two games. The defense, however, had this unspoken flow that was nearly magical to watch. When they came off the field, quite literally no one was more proud or excited than me.

Me mothering the defense after my first game out, 2015

Me smothering the defense after our final game together, 2015

The first thing I learned from being a captain was that the position not about the title.

When I look back on my high school career, I realize now that I had been hoping for the position since freshman year, but I never expected it. I wanted to be the captain I had needed for the three years prior: someone who would take the focus off themselves and place it on those who came asking for help. I tried to be that; I hope I was that.

Because the second thing I learned from being a captain was that it was a role from which I could instill the belief that the group is more valuable than the individual. You can’t play a team sport as one person; otherwise, you would just be a lunatic smacking a plastic ball with a carbon stick.

The second Erin began to speak, I knew I was okay.

I have gained some of my closest friends from playing on the team, including two roommates. I have traveled to places I never considered going, found myself in the most bizarre of places, and now have some hilarious stories to tell. Sure, I learned a lot from playing competitively for so long, but I feel like I've learned far more while wearing equipment three sizes too big with shoes that don't stay on, playing World Cup in the corner of a field.

Like every great sports story, I want to leave you all with a sentimental reflection: an athlete is a person who is proficient in sports and other forms of physical exercise. Technically, I’m an athlete, but truly, I could not run to save myself from a zombie apocalypse. But through field hockey, I learned all the ways I could be so much more. More than simply athlete and a teammate, I’m a captain and a cheerleader; I'm a mentor and friend; and above all, since it’s the reason for so many wonderful and irritating and physically exhausting things in my life, I am a field hockey goalie.