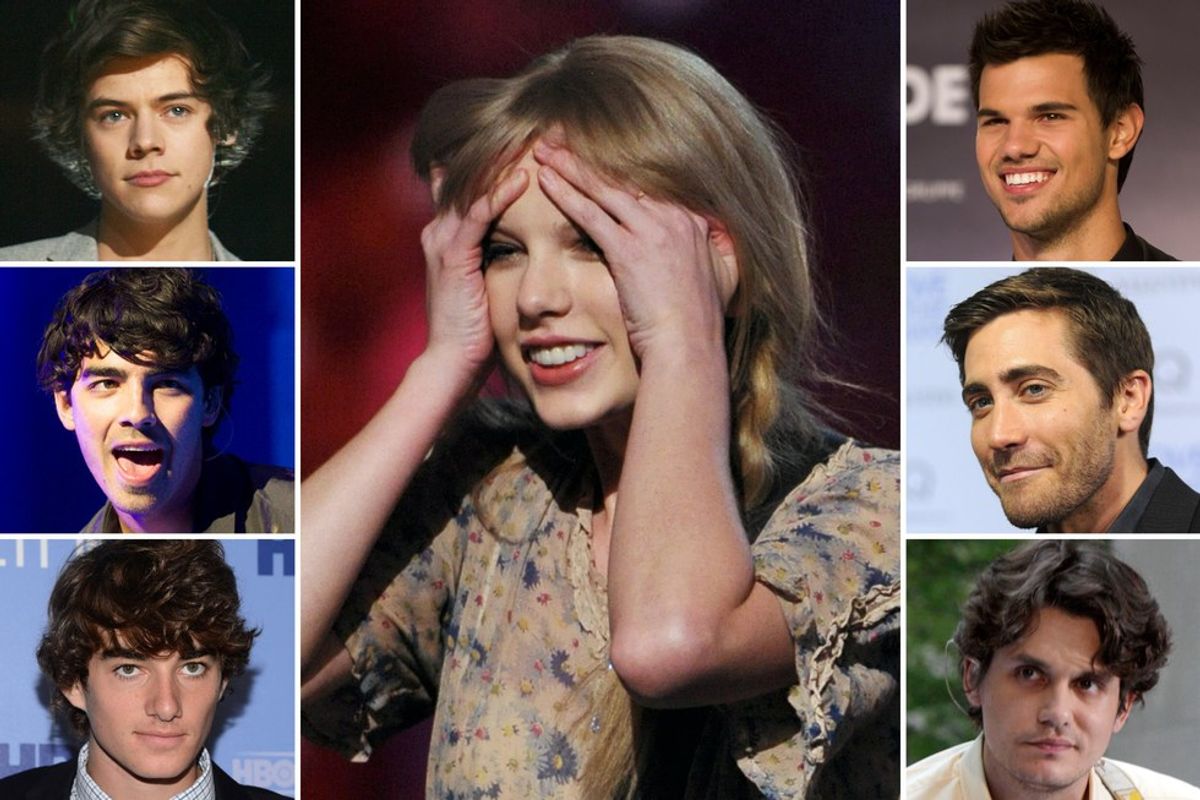 Whenever I tell someone I dislike Taylor Swift, his or her immediate reaction is usually to become defensive and shocked. Taylor Swift has an incredible and substantial fan base full of people who support her every move. She grew from a shy country singer to a pop star in just a few short years. Yet, I still can’t stand her, and I don’t see myself (ever) becoming part of her fan base.

It’s not her cringe-worthy music that makes me dislike her so strongly (though that adds to my aversion), and it’s not her sense of style that fuels an overwhelming fire within me (though, that also adds plenty to the acidy nauseating feelings I have towards her).

It’s the persona she plasters on her uncorrupted face. The role she portrays herself as. The façade of innocence. The image she is dying to maintain. To me, she constantly pretends to be her twisted idea of “America’s Sweetheart,” writing love songs, promoting feminism, and living out her dream. Hey, Taylor, hate to break it to you, but that’s not really how you look to some of us in the real world.

Her love songs are sick and twisted. She writes about the vengeance she’s after, not to mention – it’s never hard to tell which celebrity her songs are about, which is completely mortifying to them. She promotes feminism, but can’t seem to function without a man on her arm, and she has public fights, which she tries to weasel her way out of, even when she’s clearly in the wrong. All to maintain the picture-perfect mask she suffocates herself in.

Here’s my main problem: She gets away with everything because of her make-believe-front. The media is constantly slut-shaming Miley Cyrus because she smokes marijuana and sports a crop top on the regular. Newsflash – she’s been involved with the same guy for years! But somehow, the media finds a way to reveal Miley as a provocative adult, with no other intentions, but to smoke all day, meanwhile, she’s out there starting her own organizations for equal rights, rescuing animals, and keeping her relationship private.

Swift on the other hand, had a very public breakup with Calvin Harris, and was photographed canoodling with Tom Hiddleston the day after news broke out about her and her former lover calling it quits. Additionally, she’s dated everyone who’s had a hit single in the past year, and their brother. But who’s counting? No one apparently, because she’s allowed to get away with all of this because of the act she proclaims. Date as much as you want, that’s not what I’m against here. It’s the fact that she does it, and gets a song out of it, while her fans cheer her on, but if another celebrity dated as many men as she did in a year, they’d be torn apart, especially on social media.

I even think Kim Kardashian has a better dating record than Taylor Swift. Kim was married for 72 days to Kris Humphries, but that’s longer than any of Swift’s relationships, so why are we judging Kim so harshly? Society is still trying to discipline Kim for acting the way she does, because they believe she is acting offensive and, in simplest terms, “slutty,” even though she is married with two children. She shows off her body like it’s her job, but – oh wait, that is her job. At least Kim is real enough to be her genuine, cocky self. Taylor creates an image for herself, so that people don’t judge her. How about Kylie Jenner? She’s been dating Tyga for over two years, but she’s called a slut because she got lip injections!

Forget the whole dating shenanigans, what about when Kim leaked clear footage of a phone call between Kanye and Taylor. It was all about Taylor giving Kanye permission to talk about having intercourse with her in his new song, “Famous.” So, when news broke out that Kim had this footage, Taylor immediately acted like it never happened, made a big stink about it, and told everyone they were lying. Fast forward to Kim revealing the evidence to Snapchat, Taylor stills finds a way to make it all about being a feminist, and tries to cover herself by pouring other (evidently) false information into the media.

Society and the media need to reevaluate their standards and knowledge on pop-culture. If you’re going to make it a judgmental world, at least judge the right people and realize that Taylor really is, not so Swift.