She's a Barbie girl, in a real world. 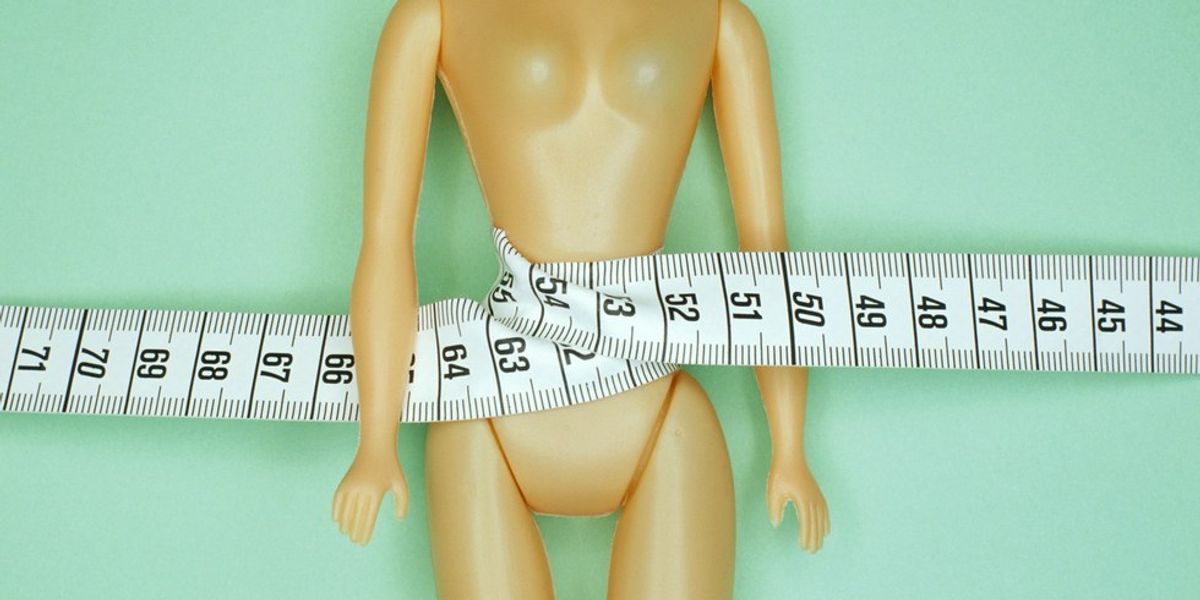 Mattel, the creator of the Barbie, has long faced intense criticism regarding the idea that playing with the unrealistic dolls harms children's self-esteem -- an idea that has been proven time and time again in multiple studies. The Huffington Post claims that if Barbie was a real woman, she would be 5'9" tall, have a 39" bust, an 18" waist, 33" hips and a size 3 shoe. She would have a BMI of 16.24 and would most likely walk on all fours due to her proportions. To give you some perspective, the average U.S. woman's measurements include 5'7" tall, 33" bust, 35" waist, and 40" hips.

When the doll first landed on the shelves in 1959, Barbie became the ideal role model for young girls everywhere. She was thin, beautiful, had a perfect boyfriend, and, of course, the dream house. What more could a girl want?

In my psychology of communications class at the University of Wisconsin-Madison, I have learned that in forming our self-concepts, one way in which we get to know ourselves better is through social comparison. Studies have shown that the mass media provides female adolescents with unrealistic images with which to compare themselves. In one study, the researchers investigated how media aimed at children play a role in the development of body image. They found that since children are frequently exposed to sociocultural ideal body shapes, that are not realistically attainable, it is likely that these vulnerable children have internalized these ideals. And given their high rates of exposure, children are the most susceptible to media messages and are thus likely to perceive the imagery involving unattainable body images as reality, rather than artificial.

Well, 29-year-old, "plus-sized" model Ashley Graham has had enough. Graham has her own swimsuit and apparel collections with Swimsuits for All and Dressbarn and, in February, she became the first plus-sized model to appear on the cover of Sports Illustrated’s swimsuit issue. Graham has become a role model for women everywhere, showing that thinness doesn’t necessarily equate to beauty. Recently, Glamour honored Graham with their Woman of the Year Award for her work as a body activist. At the event, Mattel unveiled a doll in her honor. But this doll had some unique, uncharacteristically “Barbie” features.

“Thighs touching, round hips, arms and tummy!!” The 28-year-old supermodel wrote on her Instagram the other day.

Sources indicate that Graham was able to work “hand in hand” with the company to create her very own doll. Her only request? “She had to have her thighs touch,” the supermodel recently told The Hollywood Reporter.

“It was important that the Barbie resembled me as much as possible. The thighs touching was one way to show young girls that it’s okay for your thighs to touch, despite society saying that a ‘thigh gap’ is more beautiful,” Graham continued.

After facing years of criticism of its anatomically impossible dolls, this body positive step from Mattel came after the company revealed three new body types — tall, curvy and petite — along with a range of seven skin tones, 22 eye colors and 24 hairstyles back in January. Graham hopes that little girls who see her doll can realize "now every girl does look like Barbie. It's not an unattainable thing." Now, they can say, "That's my Barbie. I look like that one." Graham praises the doll company for its body positive moves. And we praise you, Graham, for helping girls everywhere feel they too are beautiful and realize that we come in all shapes and sizes.

Madison Franz
The Narrative
1109040
Photo by Brooke Cagle on Unsplash

Madison Franz
The Narrative
650396
Photo by Manny Moreno on Unsplash