Will the GOAT capture his fifth ring or will the Falcon swoop in and take it from him? 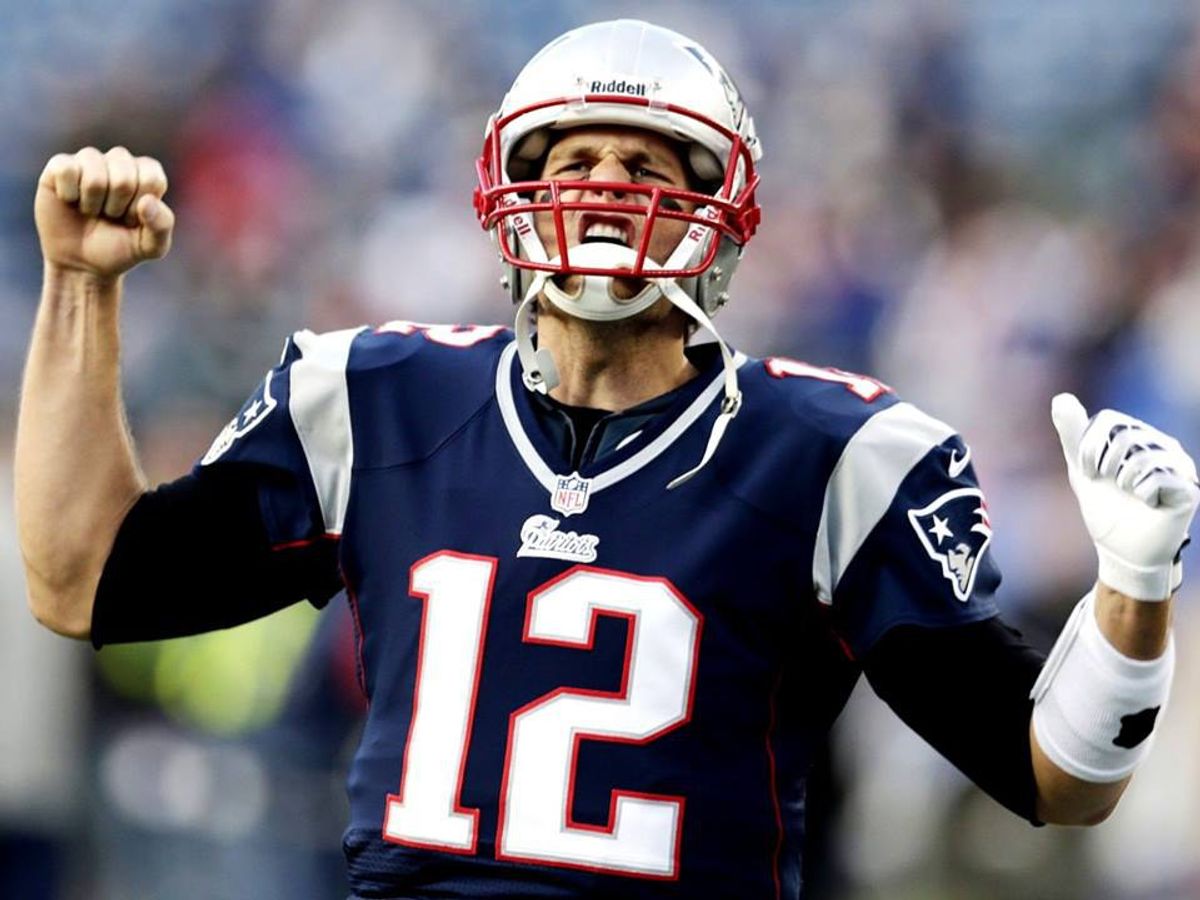 We have arrived at the finish line. Two teams have navigated the sea of mediocre quarterbacks and head coaches. Both roughed it out in their respective conferences and set up a date with each other in Houston. For the NFC we have The Greatest Show on Turf 2.0, the Atlanta Falcons, led by a resurgent Matt Ryan and cyborg Julio Jones. For the AFC we have the New England Patriots led by a pair of GOATs Bill Belichick and Tom Brady. Like every Super Bowl this matchup can go many ways, but there is one thing that we can all agree on–points will not be hard to come by.

Super Bowl LI will an old-fashioned shootout, an inverse of the rock fight we saw in San Francisco last February in Super Bowl 50. Brady stands 60 minutes away from publicly sonning NFL commish Roger Goodell while cementing his status as the best quarterback to ever do it. Ryan stands 60 minutes away from surpassing Michael Vick as the best quarterback in Falcons history which is something I never even considered as a possibility. The stakes will certainly be high in Houston so without any further delay let’s take a look at what is in store for us this Super Sunday.

The overarching theme of the season has been offensive firepower and these two are best in show. We already know about Brady’s genius so we’ll get to him in a second. For now let’s give Kyle Shanahan his props. Shanahan could be the next head coach for the San Francisco 49ers, but right now he is the maestro of the league’s best offensive orchestra. When the defense was struggling their best defense was the offense. This season the Falcons averaged a league-best 33.8 points per game and scored at least 35 points in 10 of their past 18 games. What makes that feat more impressive is the variable of ways they put points up. Yes, Julio Jones is one of the best receivers in the league, but even when he’s off the Falcons offense remains on.

In the games Julio either didn’t play or was held under 40 yards the team was 6-0. The reason for that is a well put together supporting cast. Matt Ryan has not had to force anything to Julio because he has Mohamed Sanu, Taylor Gabriel, Tevin Coleman and Devonta Freeman to go to. If all those guys are covered that means Austin Hooper is wide open somewhere. These weapons are a main reason Ryan is a surgeon on third-down. The Falcons offense is not a boom-or-bust unit, but a brutally efficient unit that cannot be killed by taking one player out of the equation, a Bill Belichick specialty.

Tom Brady knows a thing or two about spreading the wealth. The Patriots may not be the top ranked offense, but third overall is not too shabby. Unlike Ryan, Brady will be without his neighborhood cyborg Rob Gronkowski. Brady’s unit is averaging 27.6 points per game this season and that is with Brady missing four games and Gronk missing 13. In Gronk’s absence Brady has given everyone their chance to shine and in typical Patriot fashion every player has stepped up. In the AFC title game it was Chris Hogan (9 catches 180 yards 2 TDs). The game before that it was Dion Lewis going for the touchdown cycle. Speaking of Lewis, the Patriots are still undefeated when he is on the field.

Who will step up on Sunday is anyone’s guess. LeGarrette Blount is due for a big game. Julian Edelman remains Brady’s go-to, Martellus Bennett cannot be ignored and you can’t forget James White darting out of the backfield. Just like the Falcons the Patriots cannot be beaten by one guys getting taken out of the equation. Pats OC Josh McDaniels is just as savvy as Shanahan and Sunday could be one of the best offensive duels in Super Bowl history.

Both these units have their work cut out for them, but the Patriots would seem like the team best prepared. If there is one thing Bill Belichick excels at (and he excels at a lot of things) it’s developing positionless players. There is nothing special about the defense. They do not have a star pass rusher or a unit that generates a lot of turnovers. What they do do is make sure they are never at a personnel disadvantage. They led the league in fewest points allowed per game at 15.6 and a main reason for that is because multiple guys fill multiple roles. Cornerback Logan Ryan led all corner in tackles this season with 92. How was a corner able to make so many tackles? His ability to play inside as well as outside. Same goes for safety Patrick Chung. Middle linebacker Dont’a Hightower can line up as an pass rusher one play and cover the middle of the field the next.

The Falcons do not enjoy that same luxury, but are on a hot streak. During the NFC title game Aaron Rodgers was able to move the ball as was Russell Wilson the game before. What saved the defense was the ability to force turnovers. They ranked near the bottom of the league (27th) in points per game allowed at 27.6, but ranked fourth in takeaway differential at +11. In the playoffs they have generated four turnovers and only turned the ball over twice. If the Patriots take care of the football the Falcons’ saving grace can be their pass rush particularly Vic Beasley. It’s no secret the best way to get Brady to make mistakes is by ruffling his feathers. Jadeveon Clowney did a phenomenal job of doing that earlier this postseason and have seen Von Miller and the New York Giants defensive line cause much of the same problems.

To a novice special teams don’t mean much. As anyone that has played or watched a lot of football can tell you, special teams wins football games. One of the more underrated characteristics of a playoff run is having a hot kicker. No matter how good your defense is or how many points your offense can toss up there always comes a point where a big kick is needed or a crucial punt to flip field position. It’s no surprise that both these teams are equipped with above average kickers.

The Patriots break whatever tie they have with the Falcons with this unit. Pro Football Focus has them as the second highest-graded special teams unit this season. A lot of that has to do with Stephen Gostkowski who could very well be the best kicker of all time, but it goes deeper than that. Matthew Slater has become a household name as a Pro Bowl special teamer. Danny Amendola finished the season with the fifth-highest return average. During the Divisional Round against the Texans Dion Lewis took a kick return to the house for a touchdown.

Things are not as established on the Falcons special teams unit, but that does not mean that have been bad. Matt Bryant connected on 91.9-percent of his field goal attempts this season second only to Justin Tucker. Gostkowski has not been as accurate this season (84.4-percent this season), but can still be relied on in the clutch given his track record.

As with any big game between two brutally efficient teams the deciding factor will come down to who does the little things right. Given the track record of the Brady-Belichick era Patriots it’s reasonable to assume they will play as spotless as they can. This will (hopefully) be an entertaining finale to a NFL season that was marred with mediocrity.

Prediction: Patriots 34, Falcons 28
Report this Content
This article has not been reviewed by Odyssey HQ and solely reflects the ideas and opinions of the creator.