It's time to start the conversation about mental illness. 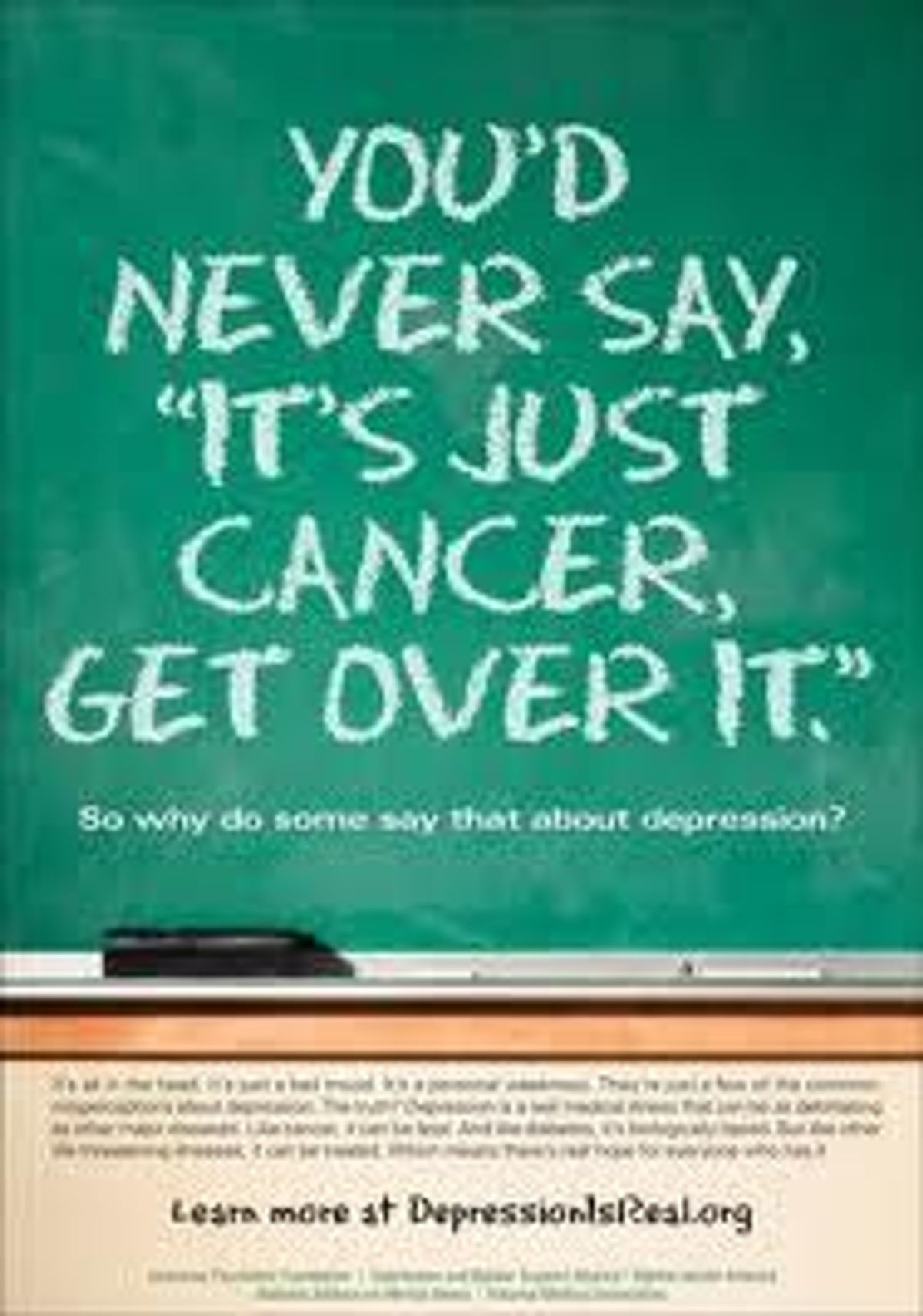 When most people hear the words “mental illness," they cringe away from the topic, wanting to change the subject. It’s easier to just not talk about it, to pretend that the demons people battle with don’t exist. When it’s not us, it’s so easy to pretend it doesn’t affect us personally. The fatal flaw of our society is that we pretend that everything is perfect, unable to adequately address real issues. Mental illness is real and personal, and it’s time we stop running from it.

One in five. One in five Americans suffer from severe mental illness. Mental illness is extremely common; common enough that it’s likely you have been or will be affected by it. Yet no one talks about it. Why is that? Why is mental illness a taboo conversation topic?

Compounding the effects of mental illness are the pressures of society. We are surrounded by photo-shopped models and advertisements offering ways to be smarter, prettier, better; it’s impossible to escape the pressure to be perfect. Particularly for teenagers facing the typical insecurities of growing up, it’s a toxic environment to live in.

The combined effect of the mental illness itself and society’s cold shoulder towards the issue in general has catastrophic consequences on individuals, families, and communities. Mood disorders, such as major depression and bipolar disorder, are the third most common cause of hospitalization for Americans aged 18 through 44. Furthermore, 90 percent of adolescents who commit suicide have a mental illness prior to death. Now think how many deaths could have been prevented if society didn’t treat mental illness like something to be brushed under the rug.

This self-destructive cycle of ignorance needs to stop. Society’s current attitude towards mental illness is not only unhealthy, it contributes to unbelievable tragedies. Mental illness is something that is survivable, yet contributes to the death of so many because we’ve made it something to hide, to be ashamed of. Having a mental illness is not something to be ashamed of. It’s time we all got over this unrealistic expectation of perfection that society holds dear, and reached instead for each other. We have the power to be the helping hand, to be the saving words. We have the power to be the change we want to see in the world.