A cancer story WITHOUT the romance. 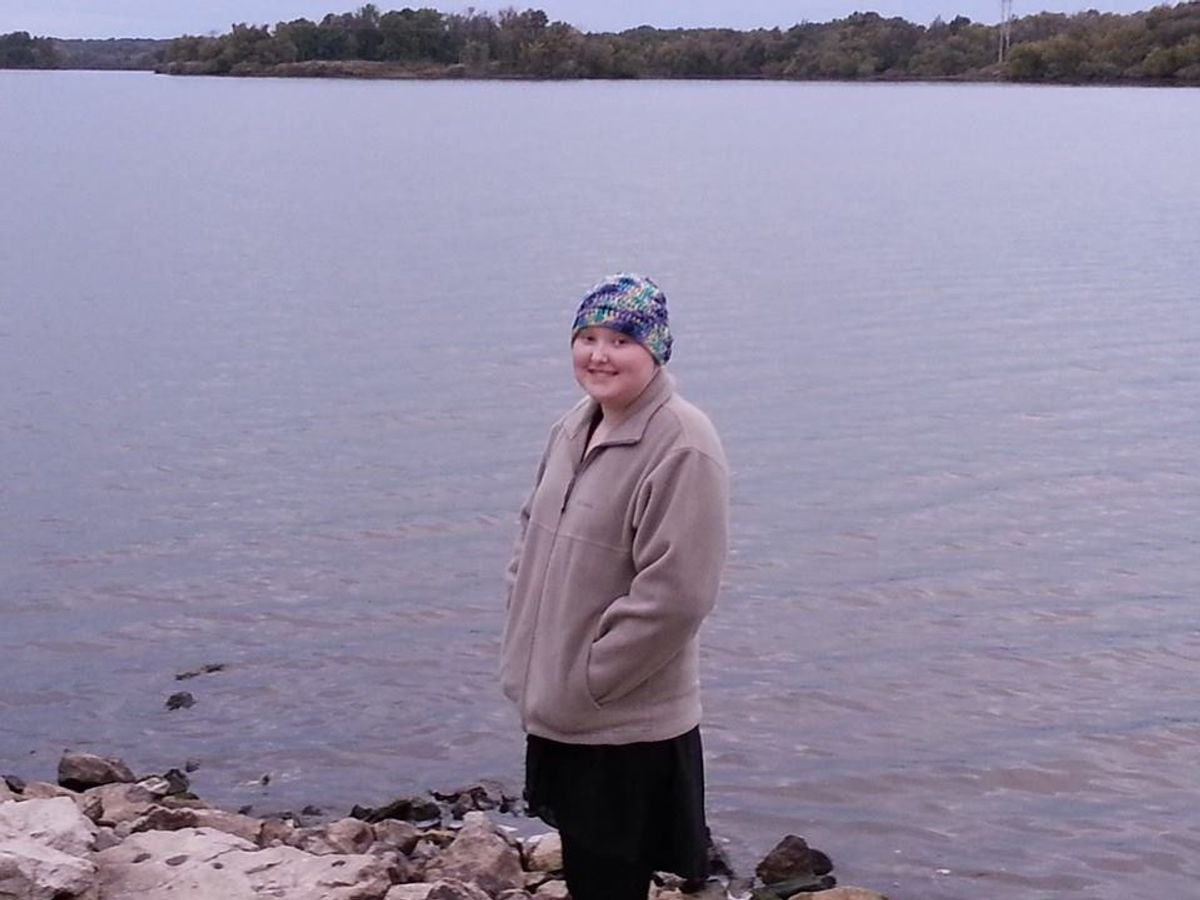 Growing up, I always idolized women who had the courage to wear their hair short. My mother, for example, has had incredibly short hair my entire life. So naturally I decided I wanted short hair as well. For weeks I begged my mom to let me get it cut. When I finally convinced her to let me, I chickened out. Every. Single. Time. This went on for several years.

In 2013, I was diagnosed with stage four Hodgkin’s Lymphoma in my chest. Well, four of them. I went through Chemotherapy for three and a half months, and was declared officially cancer-free three days before my 14th birthday. Luckily, I didn’t have to go through any kind of radiation. In 2015, the Doctors at Cardinal Glennon Children’s Hospital found a large cell tumor in my skull. I went through surgery to have it removed, and quickly recovered. Though my cancer story isn’t a typical “inspiring” one, I still went through a lot.

Cancer isn’t just something that happens and you move on. It isn’t romantic like in the movies or books. It’s not eating for days at a time because you can’t keep anything down, or all you do is eat because the steroids make you starve. It’s dark veins and bruises the size of Africa. It’s not being able to get out of bed for days because your bones are aching so badly that you can hardly move. And sometimes, it’s wearing winter hats in summer months; not because your head is cold, but because your face is swollen from the steroids and you’re horrified that strangers on the street might be silently judging and thinking “What’s wrong with this strange girl?” And because of all this, something inside you snaps.

Life after cancer is never really the same as life before. It takes months for your hair to grow back; not only the hair on your head, but leg hair, arm hair, eyebrows, and even eyelashes. You have to reconnect with your friends all over again because when you’re in and out of the hospital every week, you loose touch with some of the people closest to you. You have to relearn everything and try to remember how you lived before. Some days are easier than others; you go through the day without even thinking about it. Other days, it’s all you can think about and you can’t help but to feel a sort of emptiness inside you that you’ve never felt before. A feeling that makes you want to crawl in a hole and stay there.

It’s been three years since I was first diagnosed, and my life is still not the same. Most things are completely back to normal, but I still go back to Cardinal Glennon every three to six months for tests and scans to make sure I’m still in remission. I still get mistaken for a boy every so often. I also get phantom pains in my chest and head sometimes, as if it’s my bodies way of reminding me that it’s never been “normal.”

People still ask questions about my scars, and they still stare and point. But it's part of my past, and I think I'll keep it there.

I have, however, decided to keep my hair short.