From The Same State That Brought You Bigotry, Here's A Power Grab
Odyssey

From The Same State That Brought You Bigotry, Here's A Power Grab 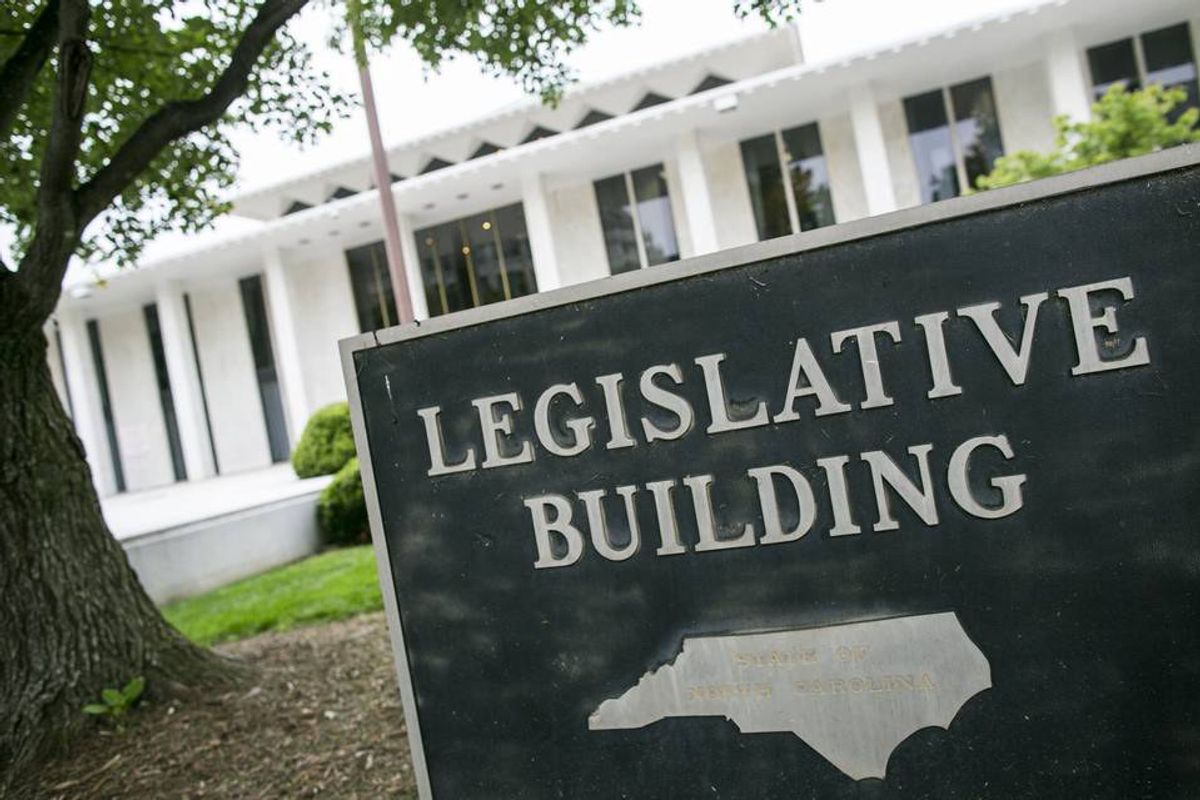 As a self-professed, loud, and opinionated liberal, moving to Texas was the last thing anyone expected from me. Sure, I spent most of my life up until college in North Carolina, but living in NC wasn’t really the South -- or at least, it wasn’t Texas. From the way my peers - and everyone I spoke to about my college choices - characterized it, I half expected Rick Perry to greet me on move-in day with a rifle and a longhorn. (Alas, he did not).

What I’ve realized is that Texas is seen as your slightly racist, yet still lovable, grandfather at Thanksgiving. He says some things that make you stop in your tracks, sure, and perceives women’s rights like it’s the 1930s, but hey, he’s always been like that, and he has a big, warm personality to match. But if Texas is your problematic grandfather, North Carolina is your college-educated cousin who insists on wearing his Confederate flag hat at dinner: It’s rude, it’s jarring, and really, he should know better.

Which is exactly why the North Carolina legislature’s brazen, unconstitutional seize for power in the wake of recent defeat is so disconcerting. North Carolina, a beautiful state bestowed with prestigious universities, stunning beaches, and four seasons (seriously, you learn to appreciate this living in Houston), has encountered its fair share of controversy in the past few years. From the state’s depressingly dismal education rankings, engendering widespread teacher flight, to HB2, the anti-transgender bill that sparked national outrage, we just can’t seem to stay out of the news. Following a tight, closely-followed governor’s race, the news stories have only continued to spiral from the controversial to the absurd.

It wasn’t until weeks after Hillary Clinton called President-elect Trump to concede the general election that incumbent Pat McCrory finally called his opponent Roy Cooper to concede the governor’s race. In addition to the unprecedented period of time, with McCrory stubbornly refusing to bequeath his position to Cooper, the margin of victory was not slim: over 10,000 votes jettisoned Cooper to success, significantly diminishing the likelihood of vote-counting misconduct. The struggle for former Attorney General Cooper, however, is still nascent. After abandoning an NC Supreme Court court-packing scheme, which was a response to Democratic favorite Mike Morgan’s victory over the Republican incumbent (funny how this seems to be a theme), the state legislature met in December only to pass another round of questionable legislation.

Indeed, after the Republican Party lost the governor’s race fairly, and after Governor McCrory obstructed the democratic process by refusing to concede, the party only continues to wade in murky water and further impede democracy. The December meeting of the legislature produced shocking results, as they introduced legislation to significantly curtail the power of the governor’s office. That’s right, in the wake of defeat, the Republican-controlled legislature, notorious for unconstitutional gerrymandering, unconstitutional voter ID laws, and unconstitutional discrimination laws, carried on with what they do best: finagling their way to victory, by any means possible. The legislation impedes the power of Governor Cooper in multiple ways. First, the governor’s office is unable to appoint a majority to the State Board of Elections, as the number of board members was increased from 5 to 8; the 8 members must be split evenly between the two powers. Second, the changes added increased obstacles to appealing superior court decisions, which of course limits the oversight of the recently Democratic-controlled Supreme Court. Another bill has introduced restrictions on the governor’s ability to appoint members to the boards of state universities, which in the wake of controversy surrounding the president of the UNC system seems an awfully deliberate move.

And finally, the governor’s cabinet appointees must be approved by the State Senate, in an unprecedented move to inhibit Governor Cooper to select, per his prerogative, who he would like to fill those positions. If only the Office of the President was subject to such checks -- but of course, he won the electoral vote, thereby empowering him to stuff his cabinet with whoever he wants. We can hate it all we like, but at the end of the day, it’s his right. So why isn’t Governor Cooper being afforded that same right?

North Carolina is a state that voted red in the presidential election, and blue in the governor’s race. On the same ballot, voter’s preferences were split. This means partisan lines were crossed; regardless, Cooper won. A power grab like this represents a new low for the NC GOP, and will hopefully be reversed. Ultimately, we cannot ignore it. In a democratic system like we have in the United States, which claims to amplify the voices of the people, we cannot have the losers of free and fair elections instigating schemes to secure their power. It’s problematic, it’s unconstitutional, and it’s discordant with democracy. Hopefully, the 2016 election can elucidate the danger of power trips to voters across the country.