For Republicans, life on a college campus is not so easy. 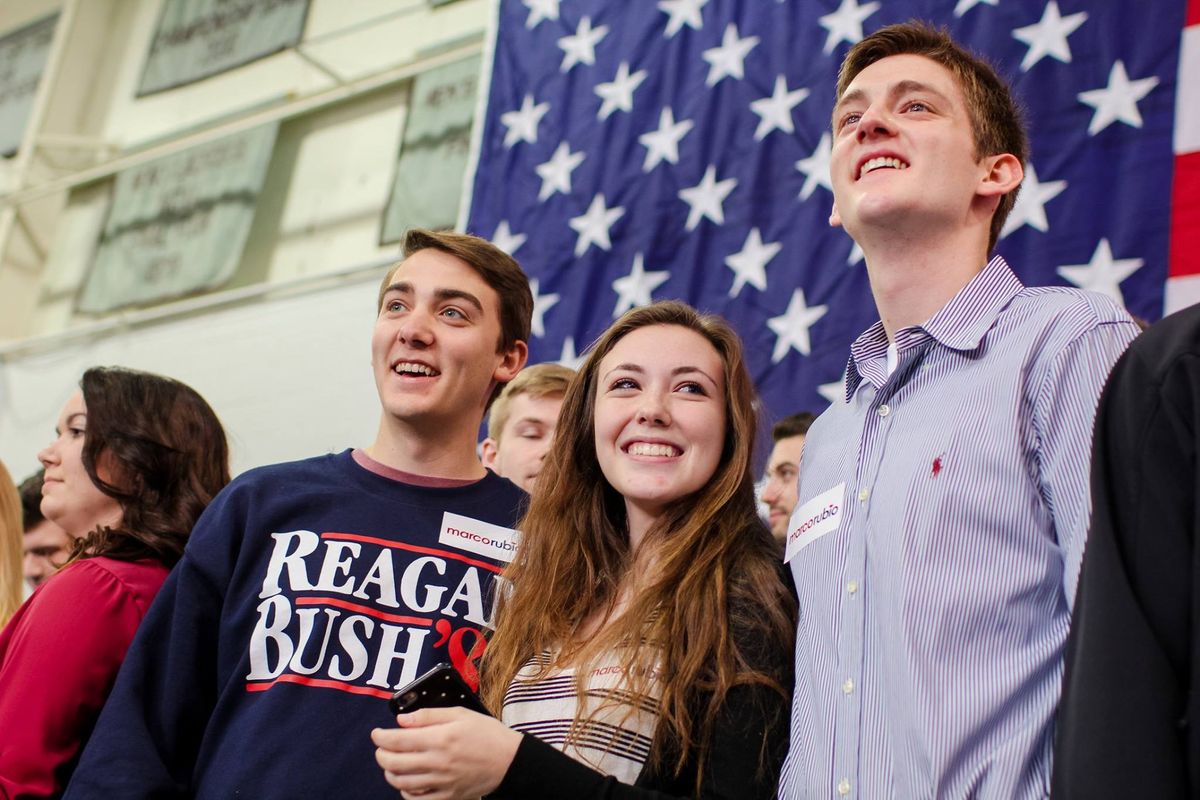 For Republicans, life on a college campus is not so easy.

We see, read, and hear things on a daily basis with which we passionately disagree. The hardest part for many students is having to cloak their beliefs in favor of not standing out or causing disagreement with their friends, colleagues, or even their professors. However, these eight things will be sure to make almost any conservative student wear that faded "Reagan-Bush '84" shirt with pride.

It is no secret many young people are attracted to the appeal of free stuff. So, during the age where you have no real job and no real money, the appeal of free everything is too tempting to turn down. As a result, a college campus, hosts an abundance of support for Bernie Sanders. Interestingly enough, I have never seen one anywhere near an economics class.

3. “A college education should be free."

Not having to pay for college would be nice, and I agree something should be done about helping graduates with crippling student loan debt, (by creating an economic environment in which they can find jobs, not another government program.), but tuition-free education is not the answer. It is ironic to hear this at a private school, actually. Basic economics tells you that tuition-free public education means the utter extinction of private schools. Do not expect a Bernie voter to understand basic economics, though.

Why? Some people always point to Republican policies as why some people of color are not thriving. Never mind how inner cities are often the reflection of a society living under Democratic dominance. Since Republicans believe the social safety net should be more of a trampoline, lifting people up instead of making them rely on the government as a source of income, we are labeled as racists from the left. I can go on about this for hours.

Nobody hates poor people. Republicans, myself included, think the government needs to create an environment in which our economy can thrive, which means more jobs and rising wages.

6. “I'm sick and tired of hearing about Hillary's damn emails."

I'm not. Actually, more people should be talking about her “damn" emails. We have a presidential candidate and presumed nominee who broke the law and an entire political party and over half the news outlets would rather ignore her alleged transgressions and elect her, anyways. General Petraeus has no future because of his conviction for the same crime Hillary is being investigated over and evidence indicates she did it on a much larger scale!

Imagine how difficult it is to go to class and nearly every day have a higher authority tell you how wrong your views and beliefs are. Imagine how hard it is to either agree with your professors or receive a poor grade on a paper. Thankfully, this is not as bad in the public affairs department at Roanoke as it is on so many other campuses.

8. “All Republicans are old, white men."

Glorie Martinez
3367
Why I Write On Odyssey