How To Make My Essay Better

10 Quick And Easy Ways To Spice Up Your Essays 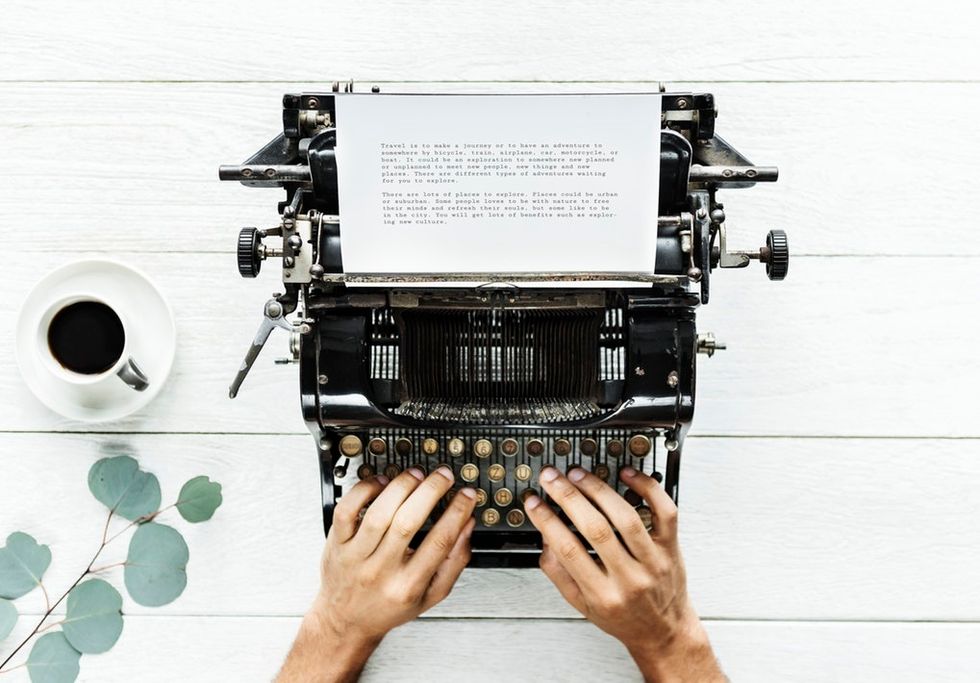 Ah, yes, the dreaded essay. No matter what your major may be in college - you better learn how to write an essay and write it well. If you struggle, like I once did, don't panic.

Here are 10 ways to give that bland essay some seasoning.

1. When adding additional information to support a point, be careful with the language you use.

Often times, students (myself included) will throw an "and" around every time they want to add additional information to a point or argument. "And" is such an elementary word, come on now.

2. Learn the freaking difference between "their," "there," and "they're."

It's so hard for me to believe that there are adults on my Facebook, that have full time careers and a COLLEGE EDUCATION that still cannot use the proper form appropriately. Let me break it down for you.

Use "their" when describing possession, and I'm not talking about The Exorcist. "Their" is used when talking about what belongs to, relates to or is done by any living thing. "That's their car," or "I'm their neighbor" are both examples of the proper use of "their."

Use "they're" when you're too lazy to write out (or type out) "they are." "They're" is the contraction for "they are," and it means exactly the same thing.

For example, "they're going to the movies later," or "they're in the same class as me."

If you are unsure whether to use "they're," "their," or "there," think to yourself, "would this make sense if I said "they are?" if the answer is yes, then use "they're." If it is no, use "there" (or their, depending on context).

3. Avoid the word, "but" when presenting an argument.

When you are developing an argument to be presented or elaborated on later in the essay, it is important that it is strong and well supported. When addressing the two key contrasts, avoid the word "but" at all costs. Like "and," it is very elementary.

Instead, replace "but" with "however," "on the other hand," "with that being said," or "in comparison/by contrast."

4. Use better vocabulary when addressing or adding a clause.

"Despite this..." "provided that..." "nevertheless..." or "in light of..." are all great enhancers to add when there is a clause in a piece of evidence.

Adjectives are describing words, you want to make them count! Avoid using the word "good" if you can. In replacement of "good," use "excellent" or even "great." If you ever need to find a better descriptor, look up the synonyms for the word! Don't go crazy and use a bunch of words you have ever heard of before, but exchanging a few basic and bland words for their synonyms can increase your vocabulary in the long haul and make your paper much better quality.

6. When giving examples, try to avoid saying "for example."

I know, it's hard. I've done it in this article already, several times in fact.

There are several terms you can use in replacement of "for example," such as "for instance," "case in point," "a representation of this would be..." or "to illustrate."

An example of this would be, "Mental health issues are greatly related to extreme ends of the socioeconomic spectrum. To illustrate, I completed research on the topic and found there was a large correlation between the two" is a much better way of phrasing, "Mental health issues are related to socioeconomic status because one time I met a man who was homeless and he also had depression."

Don't say, "this is important because..." Instead, use words like "importantly," "significantly," or "notably."

For instance, "Your work ethic has increased notably over the last two months" sounds significantly better than "You're getting better at your job."

8. Let your audience know you have reached the conclusion, don't just conclude.

Begin your final paragraph(s) or closing statement with a phrase like "in conclusion," "to summarize," "above all," "with that being said," or "all things considered." Doing so will tie everything together and leave the reader with a clear idea of both the point of the essay was, as well as your opinion(s).

Rome wasn't built in a day, so your paper shouldn't be written in a day either. It is imperative that you make edits, read and re-read your papers for the best possible outcome.

If you have a friend that's an english major, or loves writing, send the paper to him/her! They can edit it for you and tell you what changes, if any, need to be made. If you don't have a friend that will do that for you - read it out loud. Take your time when writing an essay, and the quality will improve greatly!

Unless you're realllllly struggling to make the length requirement, delete unnecessary or repetitive words and sentences that look like fluff in the paper. Your audience doesn't care about the side-track nonsense, they care about the specific information that you are writing about.

I would like to consider myself a decent writer. Not to brag, but I have always received praise from my English professors on any paper that I have ever written - and it's because I use these tips religiously.

I hope that you take my advice and improve upon your writing skills!