Sorry, The NBA Has A Sexism Problem
Odyssey

Sorry, The NBA Has A Sexism Problem

When will the NBA recognize the issue at hand? 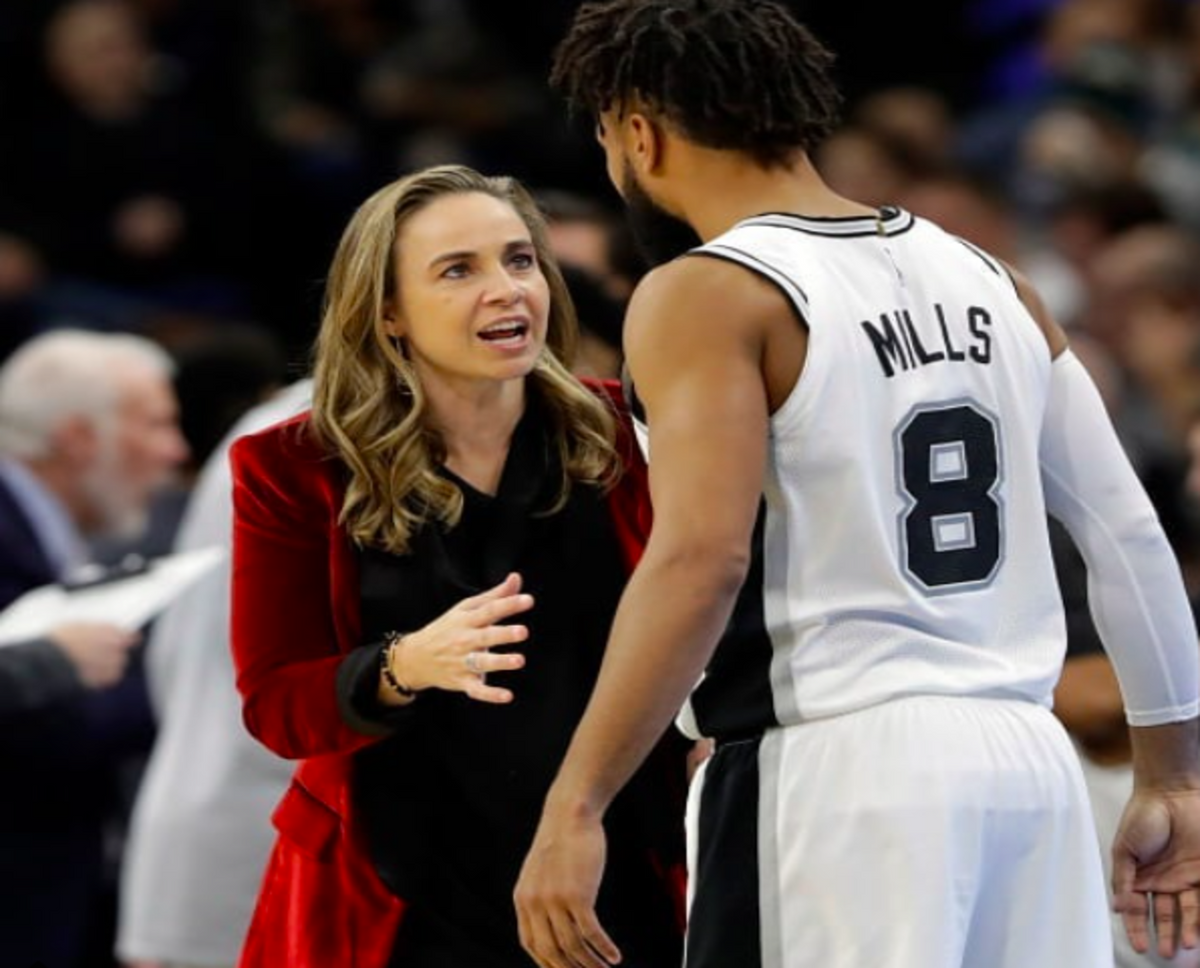 As NBA fans, it's easy to get completely wrapped up in the game and begin to forget the world around us. That is often the allure of sports: creating an escape from the issues of society. While sports are able to put up a wall, it is often a façade as reality will always creep in. In relation to other sports’ leagues, the NBA has often been on the forefront of social issues, including having the first openly gay athlete in a major American sport.

Basketball players openly talk about race relations and politics. Social issues are pushed to the forefront often in the NBA, making it a more progressive league.

However, the NBA is facing a crossroads as a league in terms of gender, with a multitude of women attempting to break into the league. This time around, the NBA is being far from hospitable and is thus far failing to uphold its duty to create a level playing field for all.

Women first began their ascent into the NBA with referee Violet Palmer breaking the gender barrier in 1997. She was able to open the door for women referees, but criticism around the league has been loud. Looking back at this game in 2015, referee Lauren Holtkamp called a technical foul on point guard Chris Paul.

Paul took great offense to her officiating, citing at the end of his media interview that the NBA “might not be for her.” Even with Chris Paul being a noted hot head that is critical of many referees, that comment is completely unfair and absolutely ridiculous. WNBA players often say that NBA players are typically supportive of women’s hoops, but in Paul’s case, it is clear that sentiment isn’t held by all.

In the past year, women have begun to work their way into other areas of the sport. San Antonio Spurs’ assistant coach Becky Hammon has been a true trailblazer, accomplishing more than any other female coach in the NBA. Following a successful playing career in the WNBA and overseas, Hammon became the first full-time, paid assistant female coach in the history of the NBA. Along the way, Hammon has shown acute coaching acumen, developing relationships with players and helping them improve their skills.

Following a successful stint as the coach of the Spurs’ Summer League team (they finished as 2016 Summer League champions), Hammon got the ultimate stamp of approval from her boss, five-time NBA champion, and three-time NBA coach of the year Gregg Popovich. In a recent statement, Popovich says he believes that Hammon is ready to do what no women has done before and head a team in the NBA.

Now the question remains of if teams will allow it to happen. This offseason, nine teams (nearly one-third of the league) have had a head coaching vacancy. Now nearly a month after the regular season concluded, six of those teams have already skipped over Hammon. Looking at the candidates picked, many are uninspiring. The new hires include two coaching retreads who were recently let go by their old teams (Mike Budenholzer to Milwaukee, David Fizdale to New York), guys that have spent a lot of their last few seasons losing (J.B. Bickerstaff to Memphis, Lloyd Pierce to Atlanta), a colleague of Hammon from the Spurs (James Borrego to Charlotte), and the first European-born head coach in NBA history (Igor Kokoskov).

Do any of these coaching hires show more promise than Hammon? Do any have as impressive of a resume and backing from respected NBA voices? Most damningly, Becky Hammon has yet to be a finalist for any of the jobs she has interviewed for, while coaches like Kelvin Sampson are getting teams’ full attention.

The sexism even extends beyond the court and into the media room. The most prominent woman in sports media has been Doris Burke, who uses her years as a point guard to dissect the game in a well-versed manner. Burke spent years as a sideline analyst, doing a fantastic job while proving herself to be wildly overqualified for such a position.

Over the past year, she became the first woman to secure a full-time national announcing role in NBA history. According to Programming Insider, Doris Burke has been limited by her employer, ESPN, to only five announcing jobs, out of a possible sixty-four, this postseason through the first two rounds. Instead of viewers getting the privilege to listen to an insightful in-game analysis, the Eastern Conference Finals is being announced by Jeff Van Gundy and Mark Jackson, who would much rather argue about how the game is worse in present day than provide a pleasurable listening experience. Burke provides a fresh perspective, but is currently being undervalued as she has been instead relegated back to the sidelines.

Holtkamp, Hammon, and Burke are all victims of the sexism that has been fostered within the NBA. The NBA has blueprints on how to solve these ethical dilemmas, from the 1960s when the league became integrated or the early 2000s when the stigma around European players was busted. On May 11th, one of Hammon’s players, two-time champion Pau Gasol, penned a brilliant open lettercampaigning for Hammon to become a head coach in the NBA. As more players adopt the open mindset that Gasol possesses, the opportunities for women to show their true sports intelligence will grow.

Women know sports. If you want to win games, the best candidates should be hired and celebrated. Open your eyes, NBA.