'Slash-And-Burn Agriculture' Is Exactly As Bad As It Sounds

Torn to pieces and left to burn, our lush forests are plagued by the impending threats of slash-and-burn agriculture. 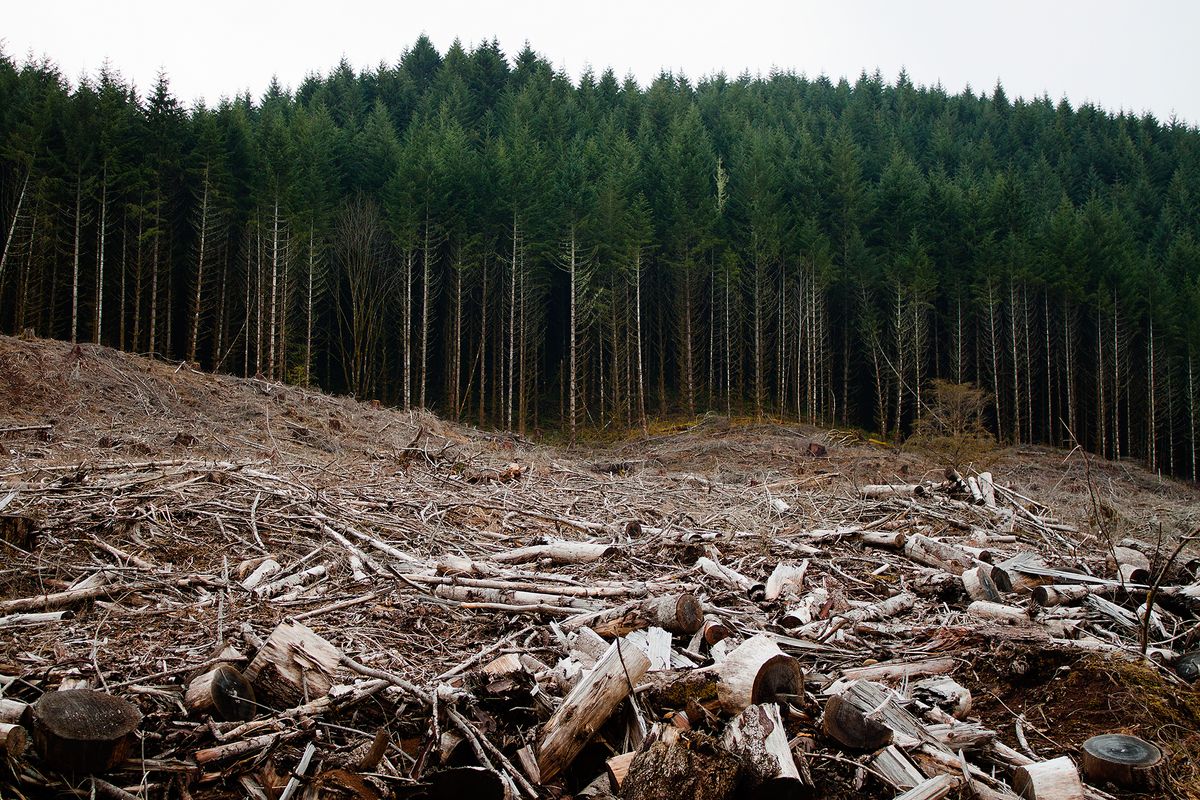 Earth is in jeopardy as carbon emission rates skyrocket to more than 142 percent of carbon molecules found in the atmosphere since the Industrial Revolution. Our global health and sustainability have suffered major repercussions, such as the bleaching of 35 percent of Australia's Great Barrier Reef and the sharp decline of proven oil reserves discovered in the last decade. With rising average temperatures depleting our ecosystems, the damage inflicted upon Earth cannot be reversed until we reduce our environmental impact and enforce sustainable living.

A major contributor to high carbon count and environmental degradation is slash-and-burn agriculture.

Practiced in nearly every continent of the globe, this type of cultivation clears more than one million acres of rain forest annually and includes the process of removing trees, burning the remaining forest floor and elimination of other shrubs and roots. Unfortunately, due to the poor soil conditions of rain forests, this land is usually used for three to five years before being left alone to fallow for 10–14 years before being cultivated again as natural soil composition is revitalized.

Slash-and-burn agriculture is currently practiced in Latin America, Southeast Asia and Central Africa. Cumulatively, the million acres of cleared rain forest include those within the Amazon, Congo and Sumatra rainforests, putting more than 100 animal species on the vulnerable and endangered list. The main countries in which slash-and-burn agriculture is commonly used include: Bolivia, Singapore, Malaysia, Nigeria, Ivory Coast and Cameroon – with over 500,000 small farmers each clearing two and a half acres annually.

It's fueled by cost-effective techniques and high economic profit.

This sector of deforestation is caused by high demands of palm oil, which is an edible vegetable oil derived from the mesocarp of the fruit of oil palms. This substance is found in virtually all shampoos and lotions for product preservation, making it an important factor to almost all exporting economies of cosmetics, food and beauty industries. As the largest importer of palm oil, Indonesia’s farmers have destroyed nearly a quarter of their island's rainforests to clear land for palm oil production and crop fields.

Cheap and effective, slash-and-burn agriculture is perceived as the best way to clear large lots of land in a short amount of time. It does not require heavy machinery and transport trucks, which are costly to produce and purchase. Less-developed countries do not have to rely on high-tech advancements and methods, saving them costly expenses. The fire rids diseases that can potentially affect crops in the future, and the ash provides additional nutrients that boosts soil composition. As for the country itself, the profit made from the agriculture industry and other crop byproducts can add to its GDP and help jump start or enforce a growing or stabilizing economy.

Air pollution from carbon emissions released by cut trees can exceed more than two tons per acre – more than 48 pounds per tree, increasing our carbon emission footprint by more than six percent. Deforestation and desertification of more than one million acres have displaced and killed thousands of species of animals, causing one of the first mass extinctions since the age of the dinosaurs. Ash contaminates water and lowers air quality, which can destroy freshwater ecosystems and increase the rates of respiratory diseases already affecting a large majority of Asian and elderly populations.

Despite the cost-effective and easy access, there are multiple ways to address the impacts of slash-and-burn agriculture.

Although the possibility of entirely removing this type of agriculture is nearly impossible, by incorporating the use of technology and machinery to remove remaining shrubs and roots can not only reduce pollution but also sift the soil for plant preparation.

Terracing hills and mountains can make more room for crop fields, especially in the rolling plains of Southeast Asia where terracing is already a common practice. However, the main goal of slash-and-burn agriculture is to use the certain nutrients found only in rain forest soil. By preserving terrain soil by growing nitrogen fixated plants along with diverse crops and raising livestock in the process of crop rotation, farmers are able to benefit by reusing the land and yielding more, increasing income and sustaining soil quality. Finally, due to the high demand of palm oil from not only the U.S. but also other European countries, a tax should be passed on the export and import of palm oil to lower the demand and encourage others to find eco-friendly alternatives.

By raising awareness, we can combat slash-and-burn agriculture for the benefit of the Earth and its residents. Through social media, we can advocate for its cessation and gain a larger audience from around the globe to promote our cause. Fundraisers on websites such as GoFundMe can be used collectively with social media to allocate adequate funds while partnerships with NGOs and government-sponsored agencies such as Opaki Conservation and the EPA can truly make an impact upon our cause. As we work together, we can successfully project our voice to reduce our carbon emission impacts to save our Earth and our quality of life.
Report this Content
This article has not been reviewed by Odyssey HQ and solely reflects the ideas and opinions of the creator.