The Secret Code Behind Your Dutch Bros. Coffee Straw
Odyssey

What does your straw mean? 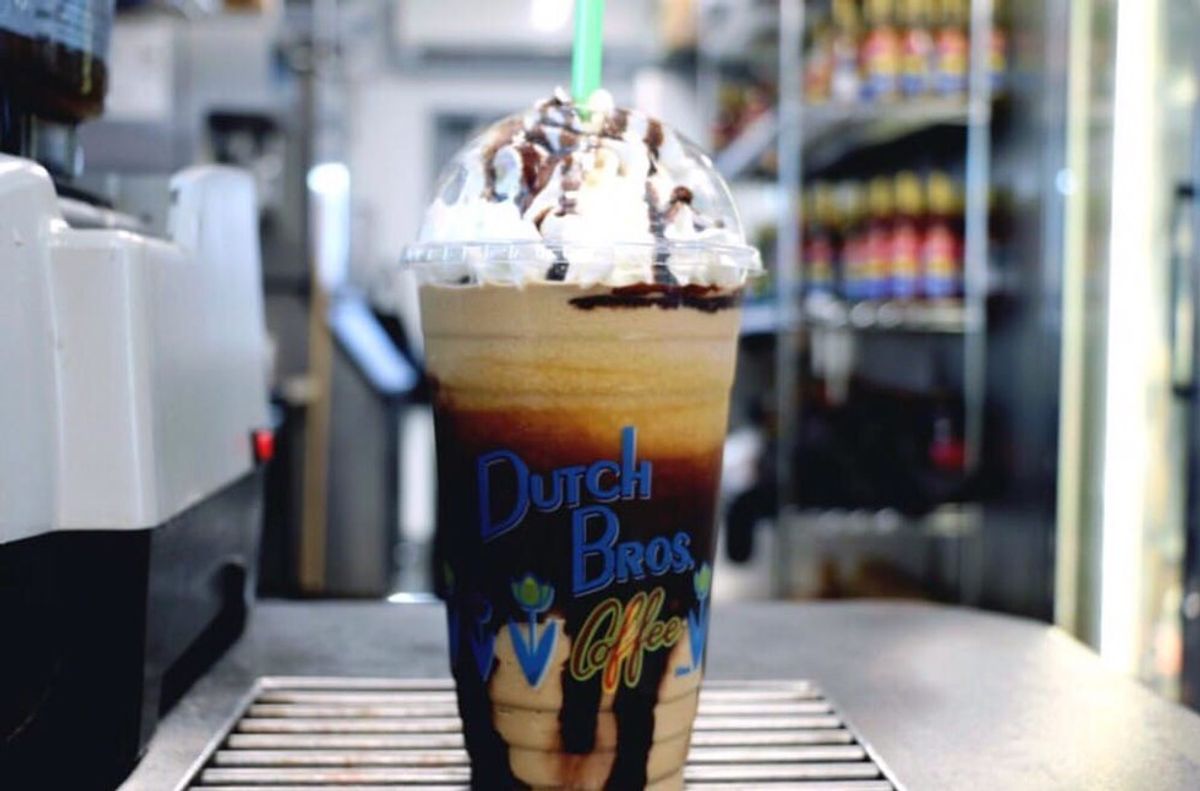 The Dutch Bros straw code mystery is one that has lead girls that have gotten a pink straw from a cute barista bro to find an excuse to get coffee three plus times a day; I've witnessed this first hand.

If you're unaware of the mystery, it's that the Dutch Bros workers use a color code to secretly communicate to their customers about how they feel about them, whether the barista thinks they're cute, ugly, or so-so. You could potentially be leaving Dutch with not only a coffee but a compliment as well.

The mystery code is said to go like this-

Upon hearing this mystery I didn't know how I felt about being judged by my appearance when I'm just trying to get my coffee. I had many questions, was this an all employee conspiracy that everyone participated in? Did they have to go through a training on how to quickly decide if someone was good looking or not?

Although I wasn't sure this mystery was even true, over time I found myself striving for a pink straw the same way girls strive for the final rose on the Bachelor.

Enough was enough, and I decided it was time to solve this mystery and find out if this code had any weight to it once and for all so I can buy my coffee in peace!

First, I conducted an experiment!

I decided to go to Dutch without any makeup on, in my pajamas, and hair up to see what color straw I got. When I received my drink, I found in it a yellow straw, which meant so-so. I felt like that could be an accurate judge of my appearance based on the circumstances. I came back later that day with makeup on, what to me was a cute outfit, and my hair done and down. Upon receiving my drink the second time, I had a pink straw! I was sure this mystery had to be true, but I couldn't declare it real based on just this because there were some minor flaws in the experiment itself; the biggest being it was two different barista bros.

So I decided I should just ask a Dutch Bros worker, but before I did I had to consider I could be breaking the heart of anyone that has ever gotten an instant ego boost from their pink straw. I mean... pink straws always made my day.

Was the world ready for the truth?

Was I ready for the truth?

I could then only think about every poor barista who has been stalked every shift by someone who received a pink straw, mistakenly thinking the barista had found them cute.

It was time for everyone to know the truth.

I asked the completely trustworthy, reliable, barista bro source— Jake Thatcher. (He has a superhero sounding name, like Milo Thatch from Atlantis, so it's safe to say we can definitely trust him)

He has assured me that no, it is not a real thing. When the lines get long, which is often at Dutch, they don't have the time to use a straw color code. Apparently, according to my source, they give out the pink and orange straws the most because they look the most fun. Jake Thatcher has assured me that Dutch Bros is not a prejudice company, and would not judge you on your outward appearance.

You're all beautiful in your own way, outwardly and inwardly, so you all deserve pink straws in my book! And I'm sure all the dutch bros baristas feel the same way.

But that isn't it; Jake Thatcher left me this one little nugget.

Sometimes, very rarely, he'll see someone go out of their way to give someone a pink straw because they do find a customer cute.

So I guess the newest Dutch Bros mystery is finding out if your pink straw is one of those rare ones or not..