Every Greek House Has A God Or Goddess
Odyssey

A matching God or Goddess for every Greek House. 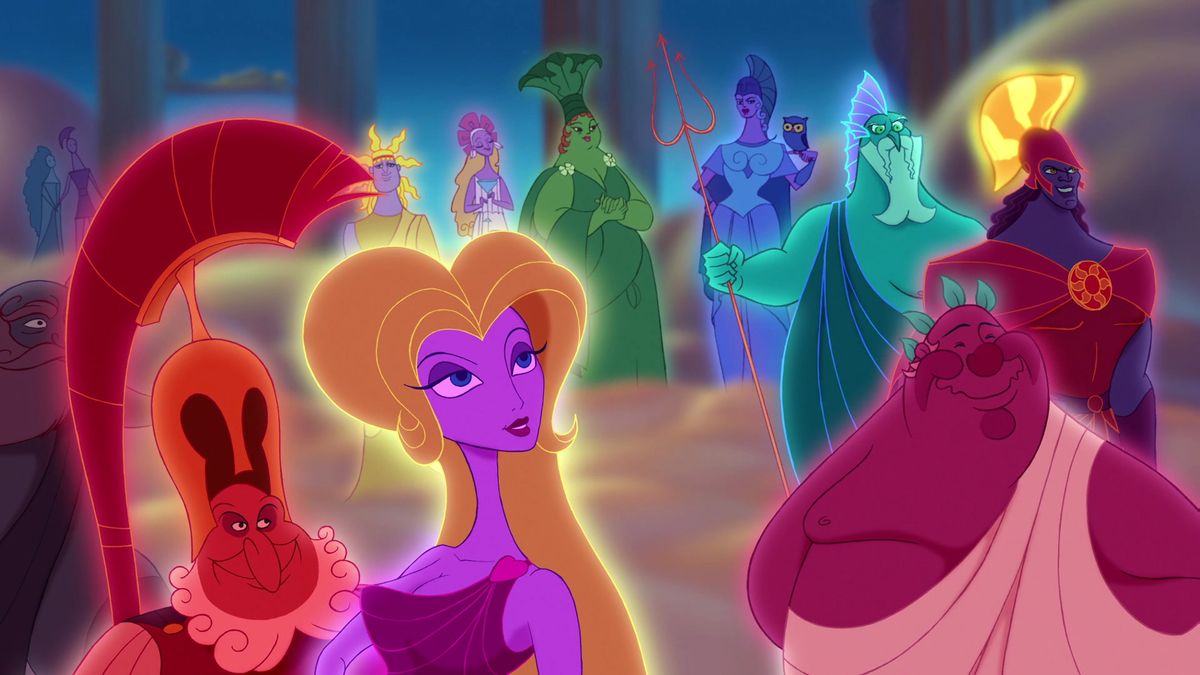 Not so long ago, a thought occurred to me that every Greek House has an adjacent God or Goddess that's similar to their house -- just think about it! It could be a coincidence or possibly be some big secret all of our nationals have long kept hidden... either way, here is a list of Greek Houses and the Goddess or God they match with.

This answer is obvious as they have an official patron Greek divinity. It also can be easy to guess what their Patron divinity is considering their national symbols are the dolphin, pearls and the trident... their national color is Cerulean blue, and I swear they all secretly want to be mermaids.

Maybe its Alpha Phi's national philanthropy women's heart health, or their national color Bordeaux, but it only makes sense to me that the sisterhood of Alpha Phi be paired with the Goddess of Love herself. They're beautiful and deal with matters of the heart all the time. After two sisters of Alpha Phi, Cassie Michaud and Taylor Charles got me addicted to a Dutch Bros Rebel labeled as a "Sexy Love Potion," I will forever be sure.

While not all members of Theta Chi worship the Alpha and the Omega, Theta Chi would be the house to pick a supreme and singular God, show offs. Nationally Theta Chi has had a history with the United States Military and it's no surprise, they have God on their side.

Hmmm, all about the sky, and an eagle on the crest -- you must be Zeus. Theta, while being a sorority, matches all the qualities of Zeus, right down to having that certain je ne sais quoin quality about them.

While deciding the Greek God of Sigma Nu, it became difficult. Going down to the basics, it only made sense to choose Asclepius. The God of Healing, and also the only one with a snake staff. When I found that out, I NU it was the right fit; Sigma Nu is all about dem snakes.

The Father to Zeus and King of the Titans, Cronus is the God of Time. It would be a lie to say every house gets along with Beta, and it made sense seeing what the other Gods thought of Cronus. It would also make complete sense on how Beta has managed to keep such a high GPA AND decent social life for so long...

The Goddess of the Hunt, she was all about fierce feminine power, something Gamma Phi Beta, striving for the highest sisterhood, I can only guess would be all about. Her symbol was the moon, and that's when I knew it was certain.

Resting on their laurels and with colors Harvard red and old gold, it has got to be the sun god Apollo, who would be the patron of Phi Kappa Tau. After all, Phi Tau is the Golden Ratio... did I mention they like sunsets on the beach?

With anchors and everything ocean, the goddess of Delta Gamma would have to be Amphrite, wife of Neptune and Goddess of the Sea. You may have had anchors, but unfortunately you couldn't get Poseidon -- Tri Delt already dibs'd it.

There isn't any reason I give Diyonisus, the God of Partying, to Delt. His thing was ivy and dolphins so I guess he could go to Alpha Phi or to Tri Delt... either way, it just seems to work.

Kappa and Hera seem like the perfect match. Hera was Goddess of Women and known for her secrets. She may not have been the Goddess of Ice but she was known to give her enemies hell. In the actual myth of Hercules, she drove him crazy and made him kill his family....

Another dead give away would be the patron Goddess of Phi Delta Theta, Athena. Their things are swords and shields and it makes sense with this Goddess. Athena is the Goddess of Wisdom, so I can only imagine how that could make one feel.

The Goddess of Dawn, she is the only Goddess I saw to have a pair of wings. If that didn't basically make her an angel I don't know what does.

Tyche, not a very known Goddess, was better known as her Roman counterpart, the Lady Fortuna, the Goddess of Fortune. After the University of Idaho chapter received the Alpha Tau Omegas house, I figured they must have Tyche on their side.

Pan, the God of Forest, seems like the perfect fit for Lambda Chi. He was the God of the Wild, and we all know Lambda Chi can go wild.

While Apollo might have been the God of the Sun, Helios was THE sun. One of SAE's things is the Phoenix something that bursts into flame and comes back, so I figured Helios would have their back.

Just like everything about Fiji, if they do have one, nobody would know. Perhaps there is an owl God or Goddess I don't know about.

The God of the Underworld would definitely be for Delta Sigma Phi. This God of the Death definitely knows how to party. In my time here, many a DSig has been late, and it makes sense.

The God of War, Ares, was definitely the Bro of the Olympians. While Kappa Sigma may have a policy to always kick out people in fights, I get the feeling that they are experienced at that sort of thing...

If there were to be a Goddess into skulls, daggers, and the white rose, it would be Persephone. The Goddess of Spring time and wife to Hades, Kappa Delta happens to be next to Delta Sigma Phi...

Of course AKL, founded out of Christian principles, would pick Jesus. When an Alpha Kappa Lambda goes out to the bars, I always wonder how they manage to make it home.... well, Jesus has their backs.

Squirrels love harvesting and you know who else loved to harvest? The Goddess of the Harvest, Demeter. Demeter was usually sweet, unless you pissed her off; like the time Hades stole her daughter, Persephone, she stopped the world from being able to make food. Like Demeter, don't get on an AGD's bad side...

If you are what you wear, this would have to be true for Sigma Chi. The Goddess of Victory on your side is never a bad thing, though.