Here's Why I Hate That I'm Enjoying The Sixers Playoff Series
Odyssey
CurrentlySwoonLifestyleHealth & WellnessStudent LifeContent InspirationEntertainmentPolitics and ActivismSportsAdulting
About usAdvertiseTermsPrivacyDMCAContact us
® 2023 ODYSSEY
Welcome back
Sign in to comment to your favorite stories, participate in your community and interact with your friends
or
LOG IN WITH FACEBOOK
No account? Create one
Start writing a post
Sports

Here's Why I Hate That I'm Enjoying The Sixers Playoff Series

I'm not too keen on Philadelphia sports, but I can't stop watching the 76ers. 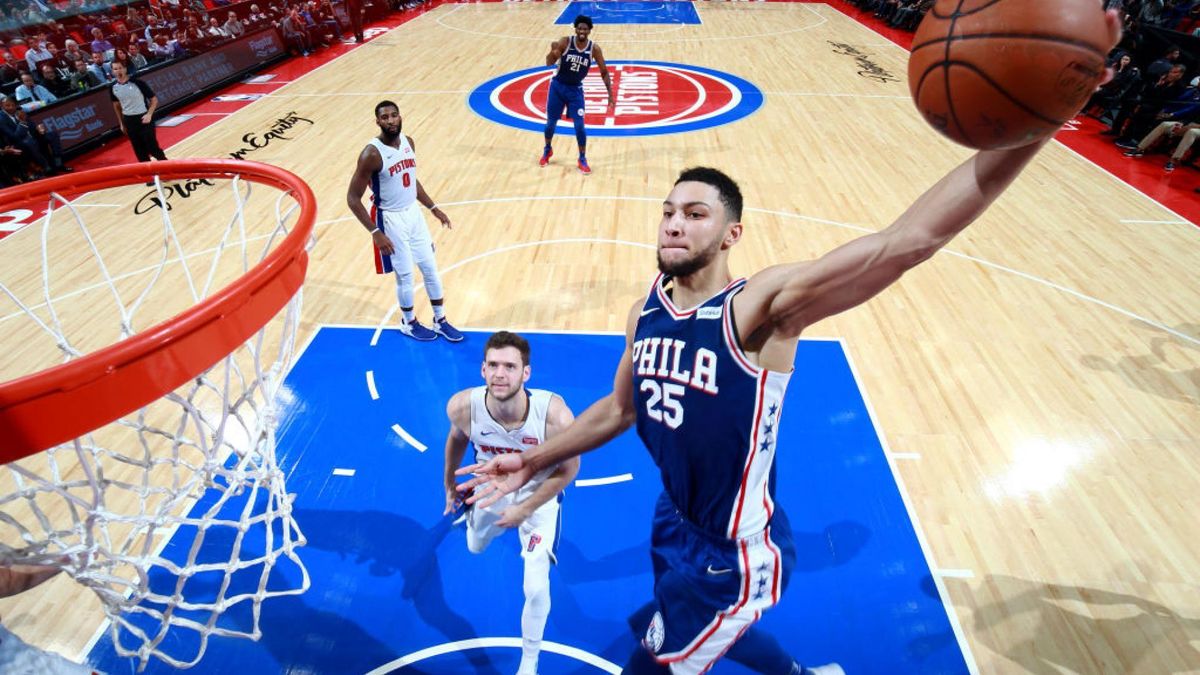 This may be a dangerous and bold statement, being that I live in the Philly area, but I'll say it anyway. I can't stop following the Philadelphia 76ers, and I HATE it. I come from a family who supports New York sports and New York sports only, so I may have just become the family's biggest disappointment.

Philly sports go against everything I believe in. The fans are obnoxious, and New York is often a rival of them. When I went to school at West Chester University I was overwhelmed with all of the Philly fans, and was not very happy. During the past three years Villanova won two College Basketball Championships, and the Eagles won the Super Bowl (which they still haven't let us forget). So, I've been even more annoyed with this large fanbase than I already was.

Recently, however, the 76ers have really captivated me. I'm a huge College Basketball fan, but I've never been big into the NBA. I follow the bare-minimum because think it's overrated, so I've never had a team to obsess over. But, this year it has certainly changed.

The Sixers have really made their mark in the NBA this season. Joel Embiid and Ben Simmons have played incredibly, and posed a threat to every team. Their athleticism and intelligence while playing the game of basketball in unreal, which has, unfortunately completely lured me onto the Sixers bandwagon.

I've never been one to hop on the bandwagon, but I just can't help myself. The playoffs, which started on Saturday, April 14, really excited me, and I. Can't. Stand. It. They couldn't be stopped in game one, and dominated the Heat for most of the game, coming on top in the end. The second game, however did not play in the favor of the Sixers, but they still kept it close and made things interesting.

The rest of the series, and hopefully, the rest of the playoffs should be an exciting time for Philadelphia and their fans. I never thought these words would leave my mouth, but I can't wait to follow the Sixers on their playoff journey.