Simone Continues Winning In Rio And Some Of Us Are Still Stuck In 2013
Odyssey
CurrentlySwoonLifestyleHealth & WellnessStudent LifeContent InspirationEntertainmentPolitics and ActivismSportsAdulting
About usAdvertiseTermsPrivacyDMCAContact us
® 2023 ODYSSEY
Welcome back
Sign in to comment to your favorite stories, participate in your community and interact with your friends
or
LOG IN WITH FACEBOOK
No account? Create one
Start writing a post
Sports

Three years later and the U.S. is still fuming over a racial jab made towards Simone Biles. 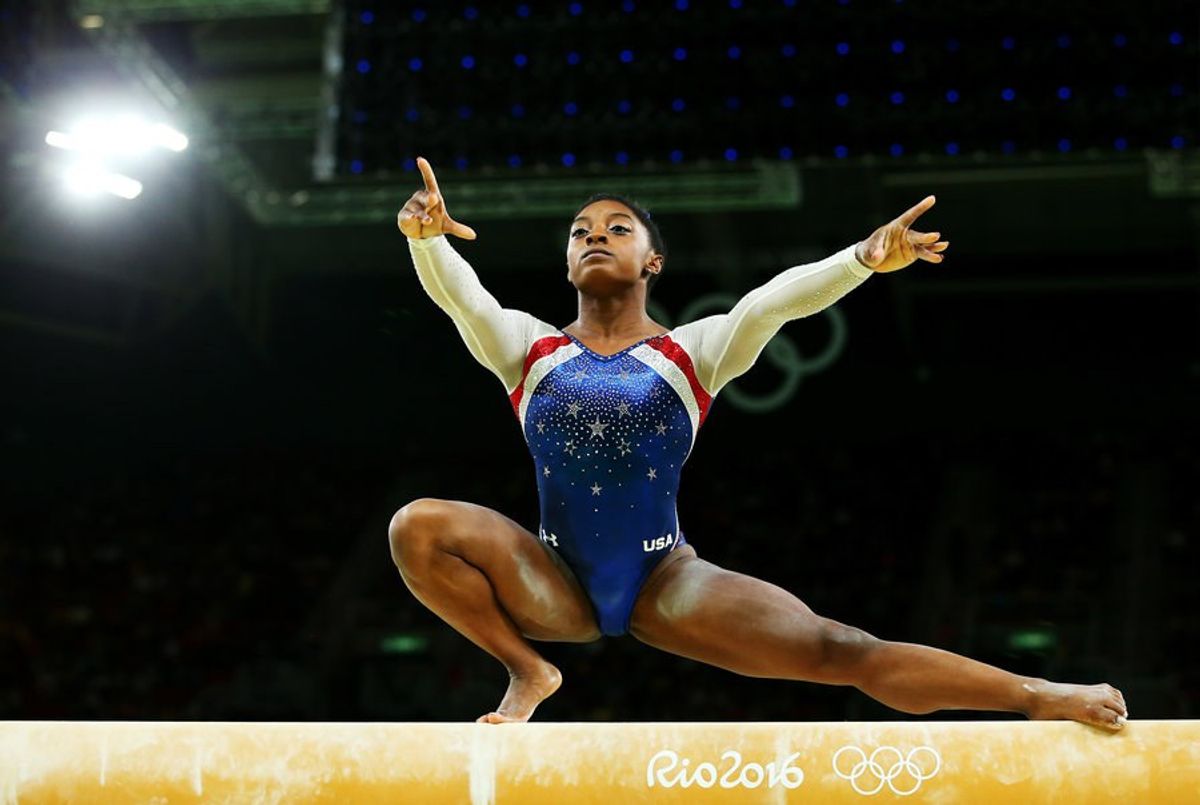 Simone Biles has proven herself to be a gymnastics power house. She dominates the sport in all areas, performing moves that no one else dares to even try and she's continuing to make her country proud at the 2016 Summer Olympics held in Rio. No one can seem to beat her. She's proven that she's worthy of every title that she earns and she is all around an amazing athlete and a model for great sportsmanship.

The only downfall: we as spectators are not always able to follow her example. At the gymnastics World Championships in 2013, Italian gymnast Carlotta Ferlito was clearly displeased with Simone's win that made her the first black all round world champion. Ferlito made a comment after the championships stating, "Next time we should also paint our skin black, so then we could win too.”

Now with the Olympics in progress, the comment has been dug back up and Ferlito is facing a new barrage of hate even 3 years later. Many social media users have posted remarks to the Italian gymnast to remind her of Simone Biles' continued success. We Americans are definitely capable of holding a grudge.

But instead of digging up a frustration-fueled comment made three years ago, how about we follow our gymnastics superstar's model. Simone goes out there and puts everything she has into her routines, she's focused on what she needs to do to better herself, and you can tell that she truly enjoys what she does out there. Instead of focusing our energy on hating on Carlotta Ferlito for her comment, let’s focus on supporting the athletes that are out there in Rio representing our country, because they are doing one heck of a job!