Being a golf wife

10 Reasons Being A 'Golf Wife' Is The Newest Relationship Goal

Tired of searching for your dream husband? You probably haven't checked the golf course. 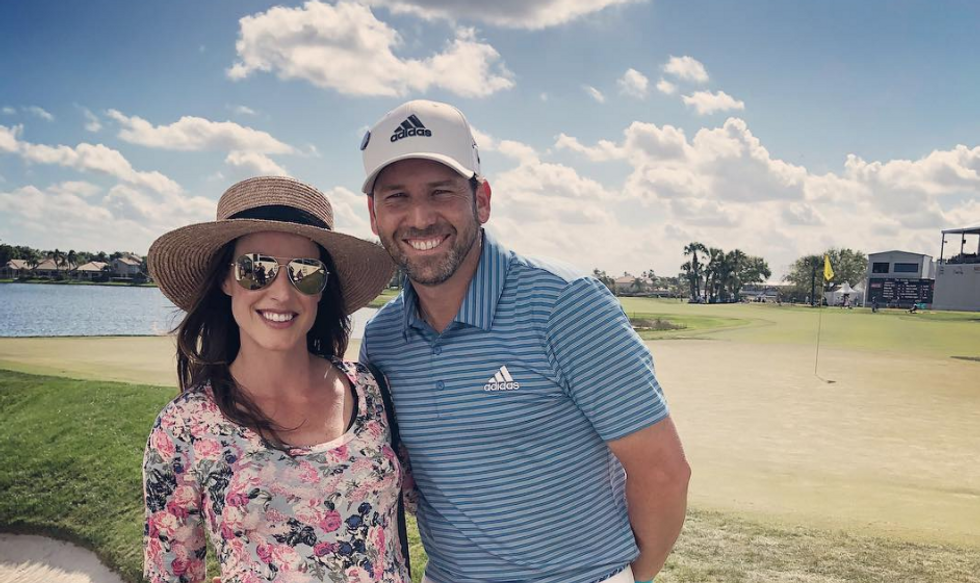 Golf. The first thing that may come to mind is the word "boring." Being a golfer's wife may seem even worse. But, I think you may just be making that assumption without taking in everything into consideration. I hope these reasons change your mind.

Golf is all about respect and honesty. First of all, golf etiquette is one of the first things you learn as a golfer. You learn to make sure you dress appropriately, take care of the course, speak quietly, and control your temper. After each round, they take off their hats and shake hands with the person they played with and say how nice it was to play with them. You won't have to worry about your mans not respecting you if he's a golfer.

Golfers are all about honesty

Golf is one of those games where there are no referees. It is each golfer's job to be honest and call the penalties on yourself. If you don't want to get cuffed by a guy who is man enough to take the responsibility of calling mistakes on himself, then I don't know who you are.

One of the main rules of golf is dressing the right way. A great example is to just look at the professionals on tour. Although they may be playing a sport, their golf course is their office and playing is their job. They come to the course every day in a nice polo always tucked into a fresh pair of slacks and a belt to hold them up. So, you won't have to worry when it comes to trying to fix up your S/O's sense of fashion.

In golf, there are things called "tee times" as in, the time that you're assigned to start playing out on the course. If one shows up late and misses their tee time, no one will wait for them, and they either don't end up playing or they get penalized. So, you better believe your golfer boyfriend will never be late for a date or just to hang out with you. If they treat time with you like their tee time, they'll even be at least 15 minutes early. Plus, no golfer likes to spend more time on the course playing than they want to. So, be prepared for them to make their time with you as efficient, memorable, and meaningful as possible.

When golfers get stuck behind a tree, have to hit a ball from inside a penalty area, or have to hit a shot with winds blowing 30mph and somehow hit an amazing shot onto the green, it takes a lot of imagination to think up of how to hit that shot and then execute it. They have a special kind of skill to be able to start the ball 20 yards left of the target and end up right by the hole. Creativity on the course can translate into a romantic gesture and beautiful times together if you get what I'm going for.

Golfers are patient and mentally tough

Every time a golfer goes out to play, it's different. Unlike other sports, like basketball for example, where it's always the same court, the same playing environment, golf is played in a wide variety of conditions from different kinds of grass and hole designs to weather conditions like hail to hundred-degree temperatures. So obviously, golf can be tough sometimes. Some days, it's easy and sometimes, it's a grind for the whole day. Golfers are trained to be patient in tough times and to be mentally tough when they're under pressure and they have to make a 15-foot putt to win the tournament. In a relationship, golfers can be patient in the hard times and be tough enough to handle hard situations with grace and with a tactical mindset instead of an over-emotional one to work through them.

A lot of people assume that when golfers go out to play, they always drive a golf cart or have caddies. But, that's actually not that case. More often than not, players will carry a golf bag that weighs about 25 to 30 pounds on their back while playing and walking the course. I bet you didn't know that 18 holes of golf is about a six mile walk. Imagine walking six miles with a 30-pound weight on your back. Not to mention for those college golfers who play 36 holes in one day, they do double that. Golfers lift weights, do cardio sessions, work on core strength, stability, and flexibility just like any other athlete. So, you won't have to worry about your golf hubby trying to keep fit.

Golfers know the true meaning of hard work and perseverance

Since this game is so difficult and the conditions are always changing, golfers especially know how much work it truly takes to be successful on the course. Whether it be hitting hundreds of balls on the driving range or never leaving the putting green until the course closes, they work hard to become at least 1% better every day, no matter how hard it gets. They know that the long, difficult hours are all for a more important, long term end goal. So, it's easy to say that they won't be unfamiliar with working hard in a relationship to make it a healthy one and never giving up until it's perfect.

Golfers are skilled in being sociable

When playing, it's pretty rare to play it alone and most of the time, golfers end up playing with people that they've never met before. A round of golf can last between four to six hours. That's a lot of time to be spending with a stranger. Because of this golfers have developed a special skill in small talk, getting a conversation started, and keeping it going. With that much time together, they never run out of questions to ask and keep the game fun and interesting while waiting for their turn to hit. If you're looking for a partner with whom you won't have those awkward silences, golfers are your best bet.

Last but not least, if you haven't noticed already, golfers are SNACKS

Come on people. The tucked in shirts. The athleticism. The professionalism. The intelligence. They're amazing.

Hopefully, you've realized that golf is worth investing some time into if you know what I'm saying. I won't be surprised if after reading this, ladies, you call your dad to take you to the course and "pick up golf" just to scope things out.