The Significant Others From "Friends," Ranked
Odyssey

The Significant Others From "Friends," Ranked

“Your collective dating record reads like a who's who of human crap!” 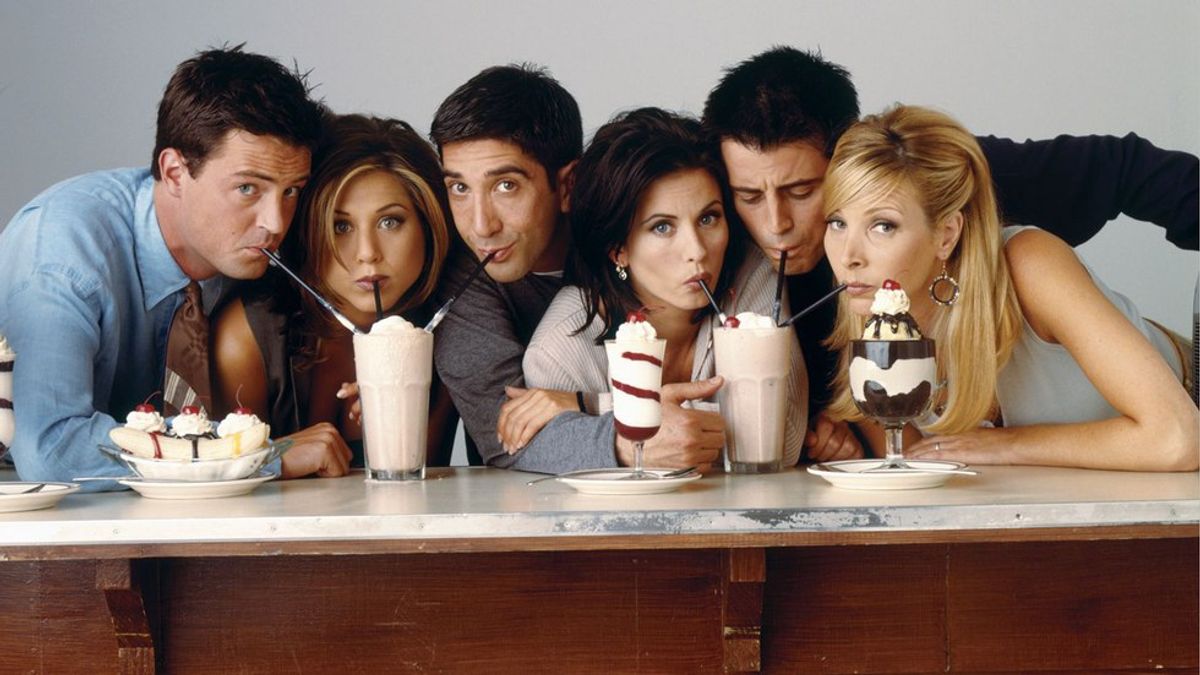 It's no lie the six "Friends" dated more than their fair share of people over the show's ten season run. Whether they were lovable or just a little too quirky, they always gave the cast something to complain about. Here is a ranking of the significant others from least to most dateable.

NOTE: This list only includes significant others that were on at least two episodes.

Cons: Everything else. He cheated on Rachel with her best friend, Mindy, cheated on Mindy with Rachel, married Mindy, and then cheated on her with someone else.

Pros: He’s a gorgeous Italian with a think accent.

Cons: He’s pretty dumb and he tried to hit on Phoebe while he was with Rachel. Not cool. To quote Ross, "You are a huge crap weasel."

Pros: She really loves Ross and she’s always willing to share her chocolate with Joey.

Cons: She forbid Ross from seeing Rachel after they got married. Yes, he said Rachel’s name at the altar so it’s probably justified, but that doesn’t stop us from hating her for it.

Cons: She dated Joey for about 2.5 seconds and thought that gave her the right to choose his friends. Also, she was really mean to Chandler and Monica who we all know are not dull or too loud.

Pros: She was willing to date Ross after he failed to tell her that Rachel was pregnant with his baby.

Cons: There was nothing about her that was incredibly annoying, but there wasn’t anything that great either; she was just kind of there. Also, what kind of person wants to send out a couples Christmas card after, like, a month of dating?

Pros: She’s probably the most professional person Chandler has ever dated.

Cons: She’s super mean to her assistant, Sophie and she always has that mascara goop in the corner of her eye.

Pros: He seems like a genuinely nice guy, and he helped Rachel land two jobs over the course of the show.

Cons: Even though I know it’s not his fault, I definitely blame him for Ross and Rachel’s “break.” Plus, we all know he was secretly rooting for their relationship to crash and burn.

Pros: What’s not to love about a sweet second-grade teacher? He’s kind of a nerd, which is exactly what Phoebe needs.

Cons: He was engaged to her twin sister. It’s creepy.

Pros: It takes a special woman to make Joey Tribbiani want to settle down and Kate was exactly what he needed, even if it took a little convincing.

Cons: She cheats on her boyfriend with Joey when they first meet and then leaves Joey heartbroken and forced to act with that weird blonde girl who likes to paint mugs.

Pros: She’s adorable, fun, and makes Ross loosen up for once in his life. Also, her dad is Bruce Willis.

Cons: Not only is she about thirteen years younger than Ross, she’s his student. She may have been adorable, but it really wasn’t worth risking his job. Also, her dad is the guy from “Die Hard.” That’s terrifying.

Pros: They don’t call him “Fun Bobby” for no reason.

Cons: Turns out, that reason was alcohol, and once you take away the tequila, he’s just “Boring Bobby”

Cons: Phoebe identifies her as, “My friend who shaves her head,” which means there’s nothing that memorable about her actual personality. She’s just a roadblock in the way of Ross and Rachel’s love.

Pros: She was married to Ross for three years, that couldn’t have been easy.

Cons: She sits back and watches as her wife, Susan, verbally attacks Ross every time they meet. She was also going to give Ben Susan’s last name and leave Ross out of the picture completely.

Pros: Rolling in the dough. He was also very dedicated to Monica.

Cons: Dumb enough to think he can actually become the Ultimate Fighting Champion. He should really just stick to making computer software and taking women on dates to Italy in his private jet.

Pros: He talks about Phoebe the way every girl dreams to be talked about. Plus, he tried really hard to be involved with the rest of the friends, which is more than I can say for most of the losers the six dates.

Cons: He shot a bird through a window while lying in bed with his pacifist, vegetarian girlfriend.

Pros: She somehow dated two of the main characters without looking like a tramp. In fact, I actually really liked her.

Cons: She kissed Chandler while she was dating Joey and then cheated on Chandler.

Pros: She’s equal to Ross intellectually, which isn’t something we see often on the show. She was a nice beacon of hope for Ross in the love department after having nothing happen with Rachel for so long.

Cons: As sweet as she was, I couldn’t help but hate her for Rachel. Everyone knows they’re each other’s lobsters and nothing can stand in the way of that.

Pros: Let’s be honest, Ross is a know-it-it-all and it was nice to have someone on the show with a little more intelligence to bring him down a peg or two.

Cons: Who the heck takes back their ex after they’ve blackmailed your boyfriend? Unacceptable, even if said ex is Greg Kinnear.

Pros: Tall, dark and handsome. He was kind of a jerk at first, but he turned out to be a great match for Rachel. Plus, there has to be some convenience in dating someone who has the exact same job as you.

Cons: There’s definitely an undeniable rivalry there when it comes to the job. At the end of the d ay, Rachel was just too confused about Ross to keep stringing Gavin along.

Pros: He has a vulnerability to him that is rare for the boyfriends on the show. He is really well dressed (thanks, Rachel), and he [almost] gives Rachel a second chance when she proposes to him after four dates.

Cons: He just got out of a bad divorce. Can you say, baggage? It was not the time to be diving into another relationship.

Pros: In the words of Rachel, “He’s so pretty I want to cry.”

Cons: He’s just too young for Rachel. It was fun for a while, but once she turned 30 it was time to get serious about the relationship she was in, which meant not dating someone who thinks it's funny to let his genitals answer the phone.

Pros: Yes, she was the most annoying significant other hands down, but after ten seasons of “Oh. My. God.” it was hard not to love her a little.

Cons: Just because she’s wormed her way into our hearts doesn’t mean we want to hear that voice any more than we have to. Seriously, she makes Fran Drescher seem soothing.

Pros: He’s so sweet and nerdy and there is never a shadow of a doubt that he loves Phoebe.

Cons: He left for Minsk and Phoebe grew out of him. Ten years is a long time to expect someone to wait for you, dude.

Pros: He’s a real gentleman, he loves Monica despite her weird “isms,” and he actually has his life together, unlike the other boyfriends on the show (and most of the “Friends,” tbh). Plus, dude can rock a mustache.

Cons: He doesn’t want kids. I mean, you can’t blame him; I wouldn’t want to have a kid in my forties either. Honestly, though, part of me hopes that in another universe he and Monica are still together.