The Seminole: A Tribe, A Mascot, A Tradition
Odyssey
CurrentlySwoonLifestyleHealth & WellnessStudent LifeContent InspirationEntertainmentPolitics and ActivismSportsAdulting
About usAdvertiseTermsPrivacyDMCAContact us
® 2023 ODYSSEY
Welcome back
Sign in to comment to your favorite stories, participate in your community and interact with your friends
or
LOG IN WITH FACEBOOK
No account? Create one
Start writing a post
Sports

It isn't the most popular mascot in college football world these days. 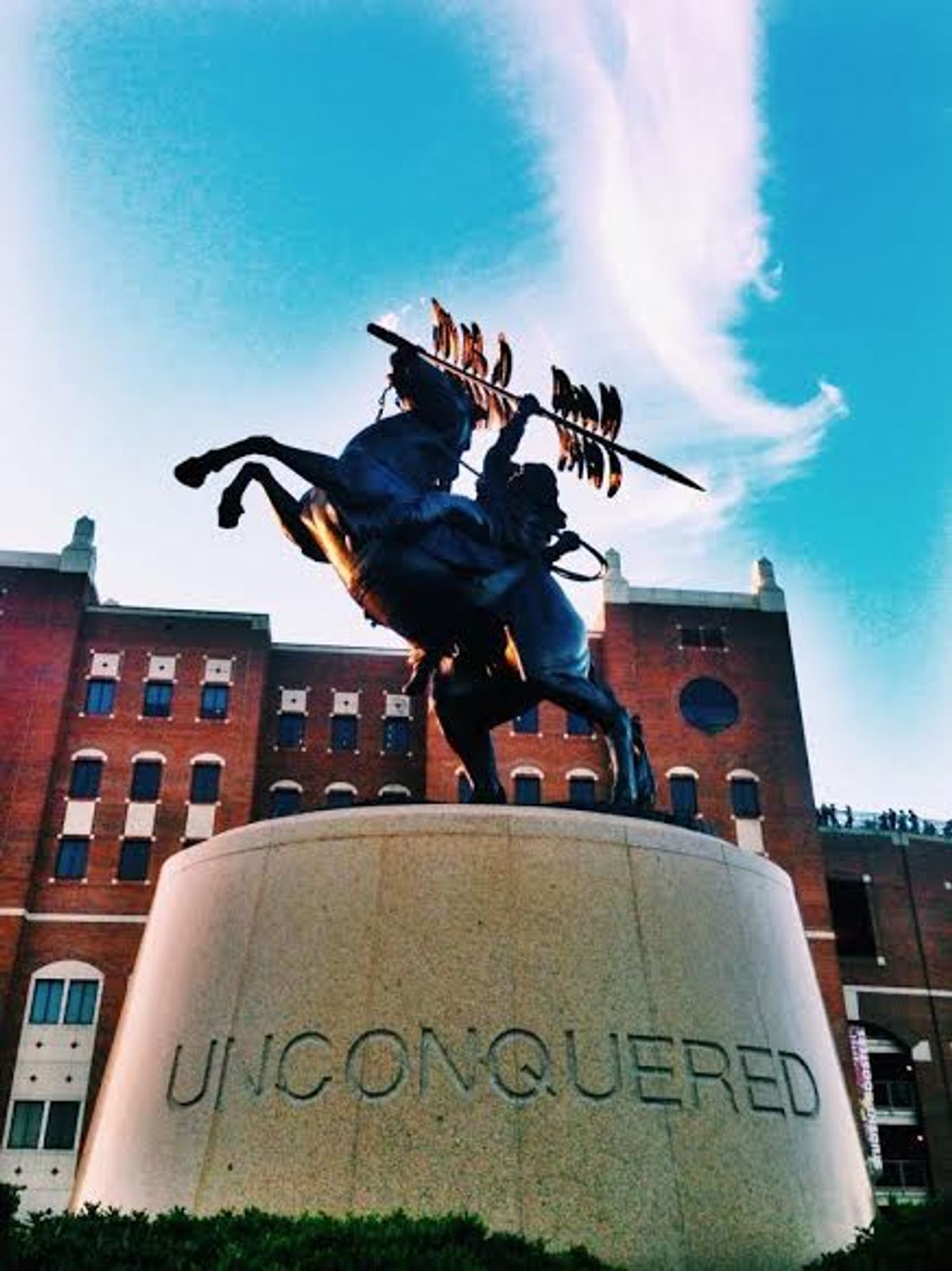 Before The Florida State Seminoles ever became the villain-y mascots of college football, they were first the name of a noble, courageous, strong, and determined tribe of people who, against great odds, worked to maintain their heritage, culture, and traditions. Historically, they have shown great perseverance and refusal to accept defeat.

As a university, Florida State recognizes the great character traits of the people of the Seminole Tribe of Florida and their ancestors. The university came to a consensus on the Seminole as their mascot because the school wishes to instill these traits in not only its athletes, but also every member of the student body.

Florida State University has proudly adorned the mascot of the Seminole since 1947, when it was chosen by a vote of the student body. It was chosen to honor the essence that is the Seminole Tribe of Florida and how their refusal to accept defeat justly gave them the title “Unconquered.” The Seminole as a symbol was chosen to exude strength and perseverance through FSU’s student body and athletic teams.

Although it has been criticized as being a deprecating symbolism of the tribe - much like the criticism of the name of the Washington Redskins - insulting the tribe has never been the intent of the university. In fact, it has been much the opposite. The university continuously works closely with the Seminole Tribe of Florida to make sure that they historically uphold all of the Seminole symbols that they use to the utmost pride and dignity.

Although, Florida State’s Seminole pride doesn’t end with just a mascot that graces posters and t-shirts statewide. Unique amongst other schools, the mascot of Florida State is brought to life with Chief Osceola and Renegade each and every game day. This FSU tradition occurs at the beginning of each football game. A carefully selected student who is portraying Chief Osceola, the Seminole Tribe leader, rides down the field on Renegade, an Appaloosa horse. Once they’ve crossed the field and returned back to the midfield mark, Chief Osceola pierces the field with a flaming spear, marking the beginning of the game.

Originally, the idea of bringing the Seminole Tribe leader to life began with a student named Bill Durham when he was on the Florida State Homecoming Committee in 1962. However, the idea didn't materialize until 1977 when Bobby Bowden became the Seminole’s head coach. He sought approval from the Seminole Tribe of Florida to portray Osceola, and the tradition began during the 1978 opening game against Oklahoma State.

So, not only does the Florida State University have an impeccable mascot that models all of the qualities that the university wishes to instill in its students, but its traditions of Chief Osceola and Renegade, the real-life version on the Seminole, are, in my opinion, the most unique amongst other universities. This makes the Seminole tradition one of the greatest in college football, which is why Florida State students, alumni, and fans have so much love for their Seminoles.