Why Selena Gomez's 2016 AMA Speech Is So Important
Odyssey

Why Selena Gomez's 2016 AMA Speech Is So Important

"If you are broken, you do not have to stay broken." - Selena Gomez 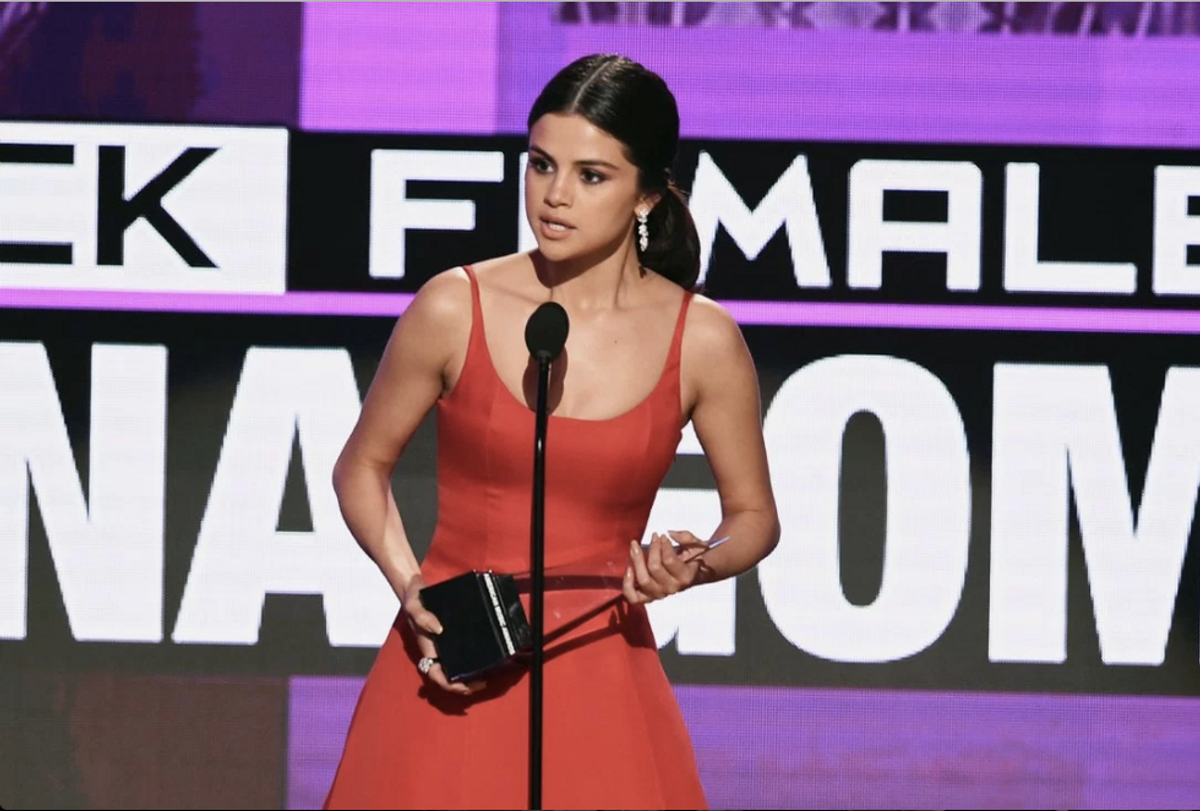 2016 was an amazing year for Selena Gomez. She topped the radio charts with singles from her album, "Revival" with the best tour of the year while being the most followed person on Instagram. In August, she announced that she would be canceling the tour for personal reasons.

“As many of you know, around a year ago I revealed that I have lupus, an illness that can affect people in different ways,” the singer and actress, 24, tells PEOPLE exclusively in a statement. “I’ve discovered that anxiety, panic attacks and depression can be side effects of lupus, which can present their own challenges.”

“I want to be proactive and focus on maintaining my health and happiness and have decided that the best way forward is to take some time off. Thank you to all my fans for your support. You know how special you are to me, but I need to face this head on to ensure I am doing everything possible to be my best. I know I am not alone by sharing this, I hope others will be encouraged to address their own issues."

“In 2014 this stage was actually the first time that I was authentically, 100 percent honest with all of you. I think it’s safe to say that all of you know my life whether I like it or not. I had to stop because I had everything and I was absolutely broken inside. I kept it all together enough to where I would never let you down but I kept it too much together to where I let myself down. I don’t want to see your bodies on Instagram. I want to see what’s in here [holds chest]. I’m not trying to get validation nor do I need it anymore. All I can say from the bottom of my heart is I am so grateful that I have the opportunity to be able to share what I love every single day with people that I love. I have to say thank you so much to my fans because you guys are so damn loyal and I don’t know what I did to deserve you. If you are broken you do not have to stay broken. If that’s anything whether you respect me or not that’s one thing you should know about me. I care about people. Thank you so much for this. This is for you.”

I replayed the video about twenty times (no lie) because the speech was so powerful. I often advocate for mental health awareness; it is still a taboo subject even though there are millions of people that are affected by anxiety and depression every day.

"I had to stop because I had everything and I was absolutely broken inside. I kept it all together enough to where I would never let you down but I kept it too much together to where I let myself down."

Often, there is so much pressure to be the "perfect" child, student, person, etc. When you're putting up that front for everyone, it can be so hard to keep it up. I like how she said, "I had everything and I was absolutely broken inside". People tend to say to people who are depressed that they are "ungrateful" because people have it much worse than them. Selena is a great example because she had so much going for her this year but realized that she wasn't completely happy despite the success.

Sometimes, smiling all the time isn't the best thing to do. Once the smile stops being genuine, it just hurts. And noticing the signs of someone that is hurting could make a huge difference. From past experiences, I learned that bottling up my feelings was not the way to find comfort. I realized that there are other ways of expressing yourself whether it be through writing or music.

"I’m not trying to get validation nor do I need it anymore. "

As someone who listens to what society has to say, it is often hard to decipher what is true and what are lies. But once you take a stand against the lies, it can be so empowering. You are more than the lies society tells you.

"If you are broken, you do not have to stay broken. "

This was my favorite line from her speech. It may be tough when anxiety or depression hinders you from your fullest potential, but know that there is so much the world has to offer. You may hear often that "it will get better", and it's true. You don't need to keep hurting. Surround yourself with positive and loving people that make you forget about the bad in the world.

As a huge fan of Selena and someone that used to suffer from depression, I was comforted in knowing that my role model was going through a similar situation.

This speech is important because there was finally a celebrity speaking out about how important it is to take care of your mental health. It was even more powerful that she spoke about it in front of A-List celebrities and the millions that watched the award show at home or via the internet. Celebrities can do so much with their fame and basically promote anything. If more celebrities talked about taboo subjects like mental health then maybe we can have more conversations around the subject.