Coming from a student who doesn't want to get shot 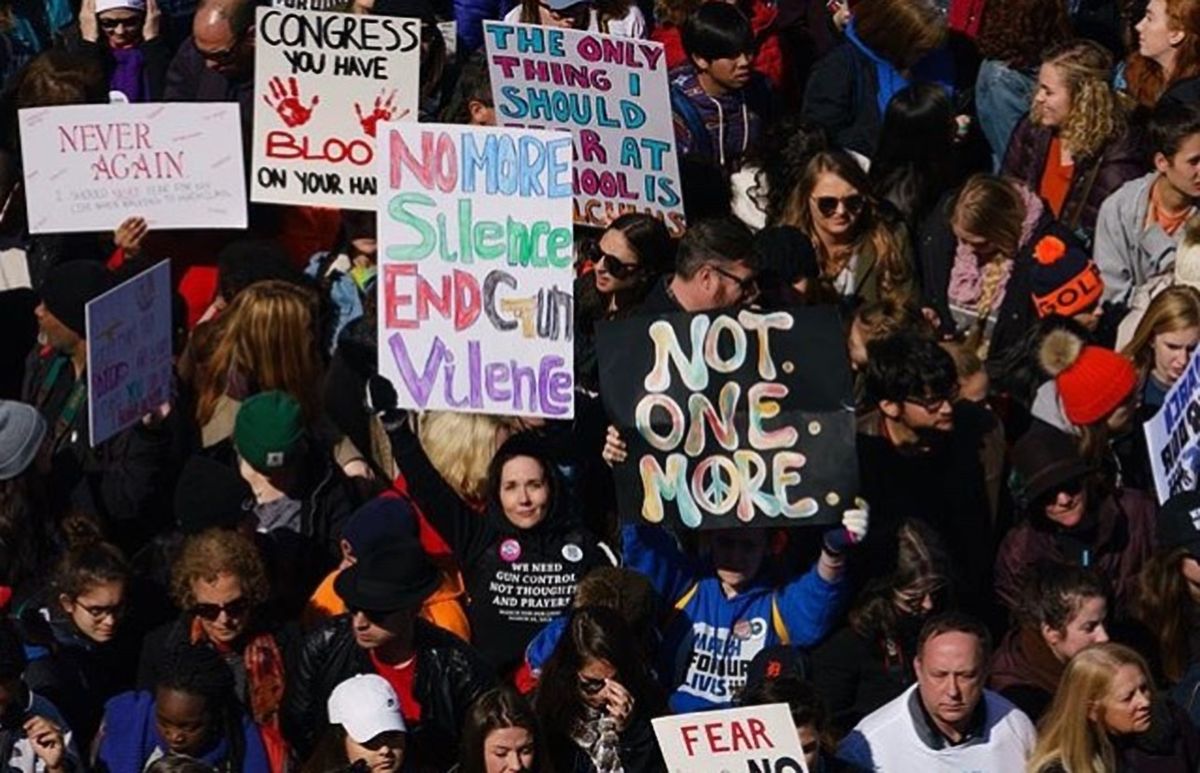 March For Our Lives

I’m just a student, but please try to listen. I wasn’t old enough to remember Columbine, but I grew up in a world where mass shootings, school shootings, in particular, are prevalent. My parents kept me from watching the horror and aftermath of Virginia Tech in 2007, but as I grew older, I understood. I remember Sandy Hook in 2012 like it was yesterday. I walked home from school, and as I opened the front door, my dad’s eyes were glued to the TV screen, still in shock even though the shooting had happened hours earlier. I could see his fear and concern, especially knowing that all four of his kids were in school - me in middle school, my brother in high school, and my sisters in elementary school. This was the first time I remember being completely exposed to gun violence, and my heart broke in that moment.

After Sandy Hook, I was devastated. After Parkland, I was furious. And now, after Santa Fe, I’ve got nothing. No words, no feelings. Only numbness.

I’m just a student, but I care. I care about my life, my siblings’ lives, and the life of every student across America, whether I know them or not. It shakes me to my core to hear people taking the position that we should be working on only reducing casualties rather than eliminating them completely. Statistically that’s true, one life lost is better than ten. But that one life has hopes and dreams, a family and friends. Even one life lost is too many, and there have already been 26 students killed in school shootings alone as of May 18th, 2018 (also note we’re not even halfway through the year). I understand that this is a small number of students in proportion to the entire nation, but this is an exponential amount of irreversible damage.

To conservatives, I understand your reasoning behind putting more guns in circulation. You’re right, the criminal could potentially always have access to their weapon of choice. However, what is the harm in improving background checks and closing the gun show loophole, making it more difficult for them to get that gun. Maybe they will still get it, but they’ll have to work harder.

To liberals, I agree with you. We, as a nation, do need to improve gun control. However, conservatives also have a point that we need to look at not only the gun, but also the person. The issue isn’t black and white, but rather a complex combination of both the gun and the individual firing it.

Look, I don’t have the answers. I don’t know how we can stop the shootings. Perhaps we need more armed guards in schools. Perhaps we need to improve the process of background checks and ban the bump stocks that can turn semi-automatic firearms fully automatic. Perhaps we need to look deeper and address the issues of toxic masculinity and how we handle mental health in this country. But what we really need is conversation. I’m sick and tired of everyone on the political right freaking out that all the liberals are going to take their guns away (which isn’t the case), and everyone on the left yelling about how conservatives only care about their guns, not their children (newsflash - also not the case). It becomes easy to argue about whether we should have more guns or fewer guns in society to combat these shootings, but all that arguing leads to nobody taking action. While America’s children continue to die.

After Parkland, we, as students, walked out of school. We marched. We raised our voices, yelling at the top of our lungs trying to spark a conversation. The status quo wasn’t working, and we needed to make that very clear to citizens and politicians alike. I thought that we were finally beginning to make a change. But here we are. It’s been months of arguing and debating, with little to no problems solved. All we have are more students to bury.

If we (both the left and the right) communicate and work together, we can find a solution to eliminate this senseless killing in our schools.

But I’m just a student, so apparently my thoughts, my words, even my life, doesn’t matter.