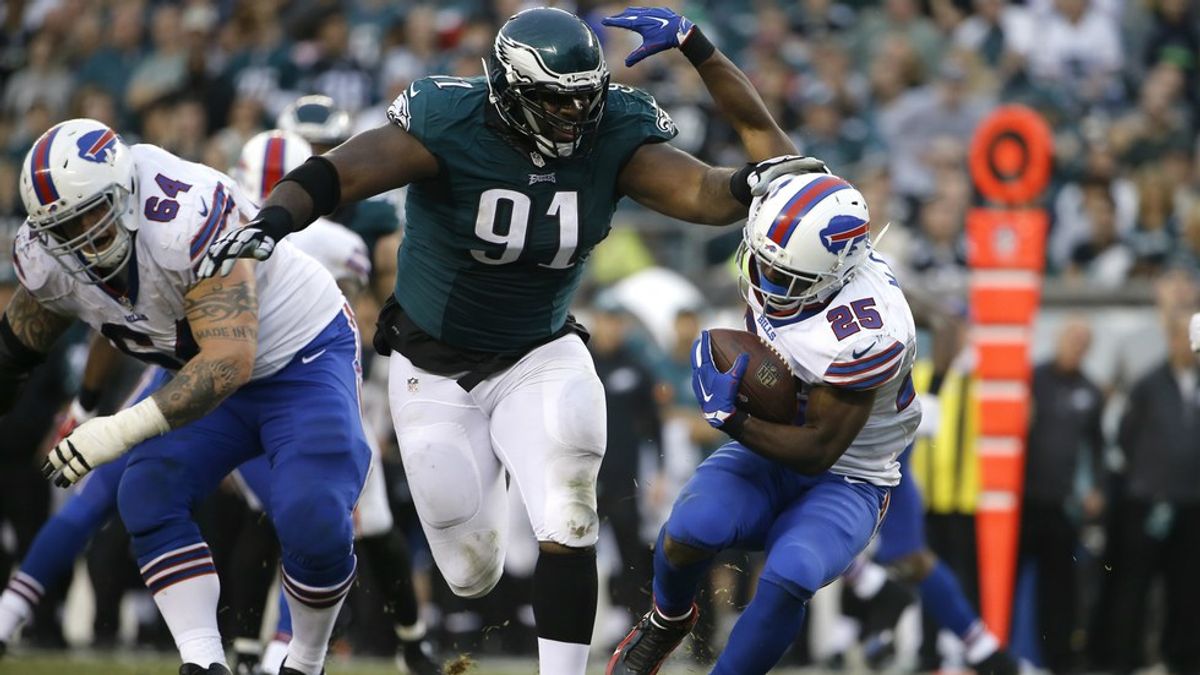 Within the span of just over a month, the NFL has had three players become the highest paid ever at their respective positions with Fletcher Cox, Andrew Luck, and Von Miller already signing on record breaking deals this summer. Muhammad Wilkerson’s surprise extension this past Friday, making him the third highest paid defensive player ever, almost seems like an afterthought in the midst of this precedent setting chaos. After his breakout 2015 campaign, Josh Norman even set contractual records earlier this spring. Heck, there was even a brief time period earlier this year when Joe Flacco became the richest man in NFL history, but no one seems to remember that.

Of course, this is what has come to be expected. After all, just a year ago Ndamukong Suh had just inked a blockbuster deal with the Dolphins to make him the highest paid non quarterback ever. AJ Green, Darrelle Revis, Trent Williams, and Luke Kuechly all signed precedent setting contracts to make themselves the richest players ever to play their positions. Even in 2014, we were all talking about Aaron Rodgers new deal to become the highest paid player in league history at $22 million annually. Now, that figure is used as a bargaining tool for the next generation of superstars under center.

The fact of the matter is that whenever a top tier player is up for a new contract, they will inevitably become one of, if not the, highest paid player ever at their position. This particularly holds true at the premium positions: quarterback, receiver, left tackle, pass rusher, and cornerback. The reasoning for this is simple: in a massively popular sport, the salary cap is growing at an unprecedented rate.

The salary cap has exploded with each passing year. Since 2005, the salary cap has nearly doubled from $85.5 million to $155.3 million for the 2016 season. The last four years in particular this growth has been more pronounced. The cap was set at $123 million in 2013, $133 million in 2014, $143 million in 2015, all the way to the current number of $155.3 million. That’s over 25% growth over just four years, with an average annual increase of over $10 million per year. That, for reference, is the difference between adding an additional star player to their rosters.

Because of this extra money teams have to spend, the market for each position tends to reset itself on an almost annual basis. For example, let’s take a look at how inflated quarterback contracts have become in recent years. In 2012, just before the start of the recent cap growth, Drew Brees was the highest paid quarterback in the league after winning his Super Bowl with an annual salary of $20 million per year. Save for Peyton Manning, no other player even sniffed that $20 million figure. Then, Joe Flacco won a ring of his own and signed an extension to make all others before it look silly. Aaron Rodgers did the same. Fast forward to this summer and Andrew Luck is earning nearly $25 million per year and eleven quarterbacks are making more than Brees’ in terms of average salary on a now outdated deal.

Not only did this change affect the top of the market, but also the misty middle market of quarterback purgatory. In 2012, the second tier of quarterback contracts sat at an average of around $10 million per year, with players the likes of Alex Smith, Jay Cutler, Matt Ryan, Matt Cassell(remember when he wasn’t a joke?), and Tony Romo all in that ballpark. Those days are gone. Today, unproven commodities like Brock Osweiler, Sam Bradford, and Kirk Cousins are making almost double that.

The beefed up cap isn’t just affecting contracts among signal callers. With the exceptions of outlier deals signed by dominant players like Calvin Johnson and Adrian Peterson, the value at almost every position has been skewed dramatically in the past five years. The $11.5 million annually that would have once gotten you peak period Darrelle Revis at cornerback is now worth just a quality starter in Jimmy Smith. The $10 million that would once fetch Ravens Lynchpin Terrell Suggs will only get you Mike Daniels.

The reality of the situation is that as long as the cap continues to grow, any new deal will be made redundant within a few years. This begins to beg some uncomfortable questions that could determine the trajectory of franchises over the next decade.

If the market continues to reset itself at this pace, do star players have any incentive to sign contracts longer than three or four years? Sure, some players would enjoy the security of a longer deal, namely running backs, but high-end talents are now potentially shortchanging themselves on millions of dollars when the market for a player of their caliber resets so quickly.

With this in mind, is there any reason for teams to wait to lock up their core talent? Sure, teams usually enjoy using the duration of a player's contract to assess their contributions, but is that worth the millions of dollars it could cost them when the next big name player signs a benchmark setting deal? I’m sure the Eagles are kicking themselves that they didn’t get the Fletcher Cox deal done a year ago.

Can team's plan on the cap to continue to grow at this rate? When planning the salary cap over multiple years, do teams have the luxury of knowing they’ll have extra room to work with a year or two down the road?

Of course all of these questions will be answered in due time...
Report this Content
This article has not been reviewed by Odyssey HQ and solely reflects the ideas and opinions of the creator.
Swoon