What's true and what's so not true 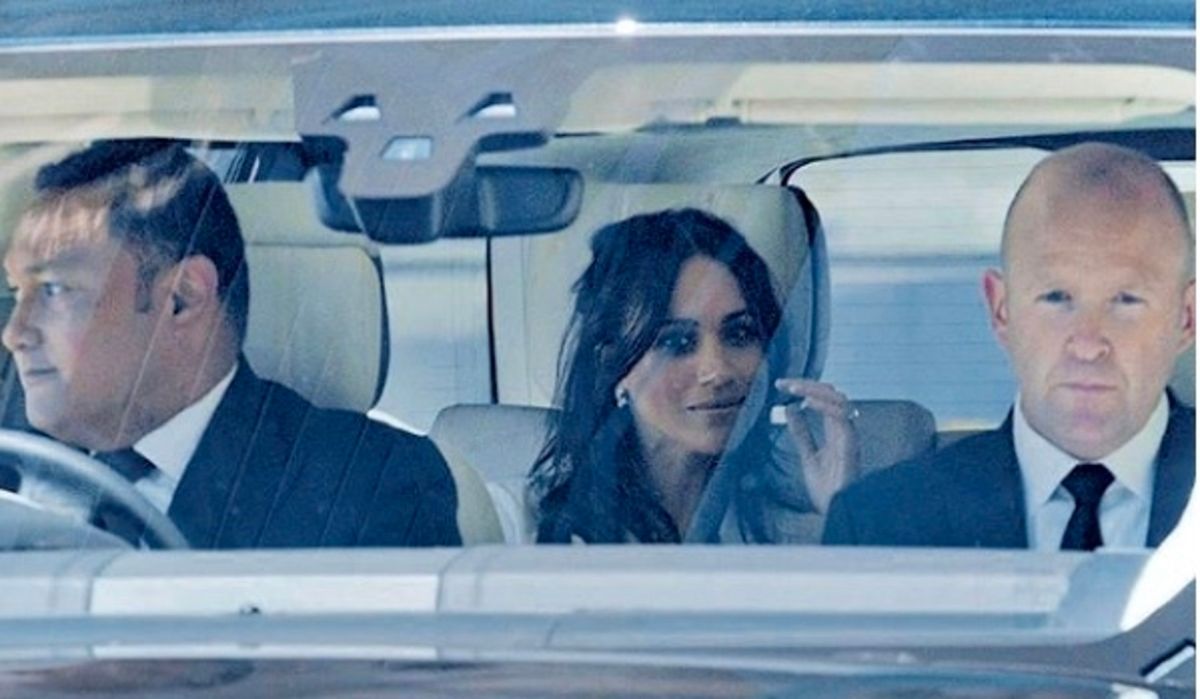 Kensington Palace has temporarily turned into a drama filled episode on "Downtown Abbey."

One of the biggest social events of the year is finally upon us—The Royal Wedding. British Prince Harry and American actress Meghan Markle are set to marry this Saturday, May 19th. The couple shocked everyone when they first started dating back in 2016 and announced their engagement in November 2017. Since then, the road to the Royal Wedding has been filled with drama!

Much like the 2011 nuptials of Prince Harry's brother, Prince William, the entire world has been hungrily waiting to see these royal events unfold. With such a high profile ceremony and every detail carefully guarded there's bound to be some gossip swirling around, here are some of the juiciest rumors surrounding the royal place days before Meghan and Harry's say, "I do."

For years it has been public knowledge that Meghan has had a rocky relationship with her estranged father Thomas. Meghan's half-brother wrote a handwritten letter that was published in InTouch magazine slamming the future princess by stating she has turned her back on her family since finding something better with the Royals, with the final straw being their father's exclusion.

Kensington Palace released a counter statement that Markle did, in fact, invite her father, but none of her step-siblings as she has never had a relationship with them.

2. Thomas Markle Sr. staged and sold photos to the paparazzi dealing with the Royal wedding

This one is true! It came out that Thomas Markle had sold photos to the paparazzi having to deal with him preparing for the Royal wedding and other intimate details, this was urged by his daughter and Meghan's half-sister, Sam, that the photos would paint him in a better light in the media and show how he was cleaning up his act.

It has now been confirmed that Mr. Markle will not be walking Meghan down the aisle, it is believed he suffered a heart attack due to his son's actions and has not been medically cleared to travel.

3. The Queen gave Meghan an ultimatum involving a prenup

It's been long rumored the Queen herself did not approve of Prince Harry's choice of a bride, with reasons ranging from her profession to that fact that Meghan was of mixed raced. (Meghan is half Caucasian, half African American, making her the first Royal of mixed descent and first Royal of color in England)

In December it was rumored the Queen had had enough of Meghan's self-titled "Activist" stance on Twitter and "loose cannon ways" and allegedly forced Meghan to either sign a prenup with Prince Harry or the wedding was off.

There, of course, has been no confirmation of this exchange, but it HAS been confirmed the couple will not be signing a prenup as it is against British custom.

4. The Obamas will attend the wedding

The Internet has loved to say that Prince Harry and Obama have shared a loving bromance, but the family has ultimately confirmed they are not attending.

The Royal family has stated they are inviting significantly less domestic and international government officials than at Prince William's wedding since Harry is no longer a direct heir (he was booted down the line by Will's kids) and in an attempt not to make this wedding a political affair.

At the launch event, Rihanna was hounded by the press to give a comment on alleged old flame Prince Harry's upcoming wedding and if she would let the newest Royal couple test out her product. Rihanna declined to give them what they wanted, and only stated she does not care for the wedding festivities.

6. X Actress and X Actor will be in the wedding party

One of the biggest breeding grounds for rumors has been what the wedding party will consist of since Markle has many famous friends and no siblings she'd wish to include. The biggest guess was that Markle's close friend Jessica Mulroney would be her maid of honor. It was then confirmed that while Meghan has a lot of friends, she could not choose between them and instead will be accompanied down the aisle with child bridesmaids and Paige boys, a majority of them are Royal children but three of them are actually Mulroney's children.

It was also confirmed Prince William will act as Prince Harry's best man, and that Prince Harry's niece and nephew Prince George and Princess Charlotte are among the Royal children.

7. X and X celebrity will be attending

With it being a colossal event across the pond, the guest list has been speculated since the couple first announced their engagement. Rumored guests include Margot Robbie, Serena Willaims, and Markle's entire Suits cast members.

While we won't know the guest list until the day of, the Palace has announced the ceremony includes a guest list of 600 and then a select 200 are also invited to the reception afterward.

8. Harry partied hard in Mexico for his Stag Party

With Harry just now shedding his infamous playboy image there's no surprise that rumors would fly that he went a little too wild at his last night out as a free man, with Mexico being the favorite location for the venue.

However, it is confirmed Prince William planned the whole thing and assured everyone he would make it a tame affair.

9. The cake will be a banana cake

Nope! Breaking from Royal tradition of having fruit flavored cakes, Meghan and Harry decided on a lemon elderflower cake for their big day.

Also not traditional, Meghan will be making her own toast at the couple's private reception, and honor that's usually reserved for the groom, best man, and father of the bride for Royal weddings. With Markle being an incredibly accomplished public speaker in the US, it was only natural.

The most heavily guarded secret, of course, is what and who will the future princess be wearing. It was thought Ralph & Russo (the engineers behind Kate's iconic dress seven years ago) would be designing but that has since been debunked.

Designers have kept mum about the dress, but rumored favorites are Inbal Dror and Alexander McQueen.

It has been confirmed she's not, but that won't stop the tabloids from printing it.

We'll know all our answers Saturday! The big event is scheduled to be televised on May 19th, 2018 with coverage starting on various channels at 7 a.m. EST.