Reflections on protests and the pastor who shook a nation 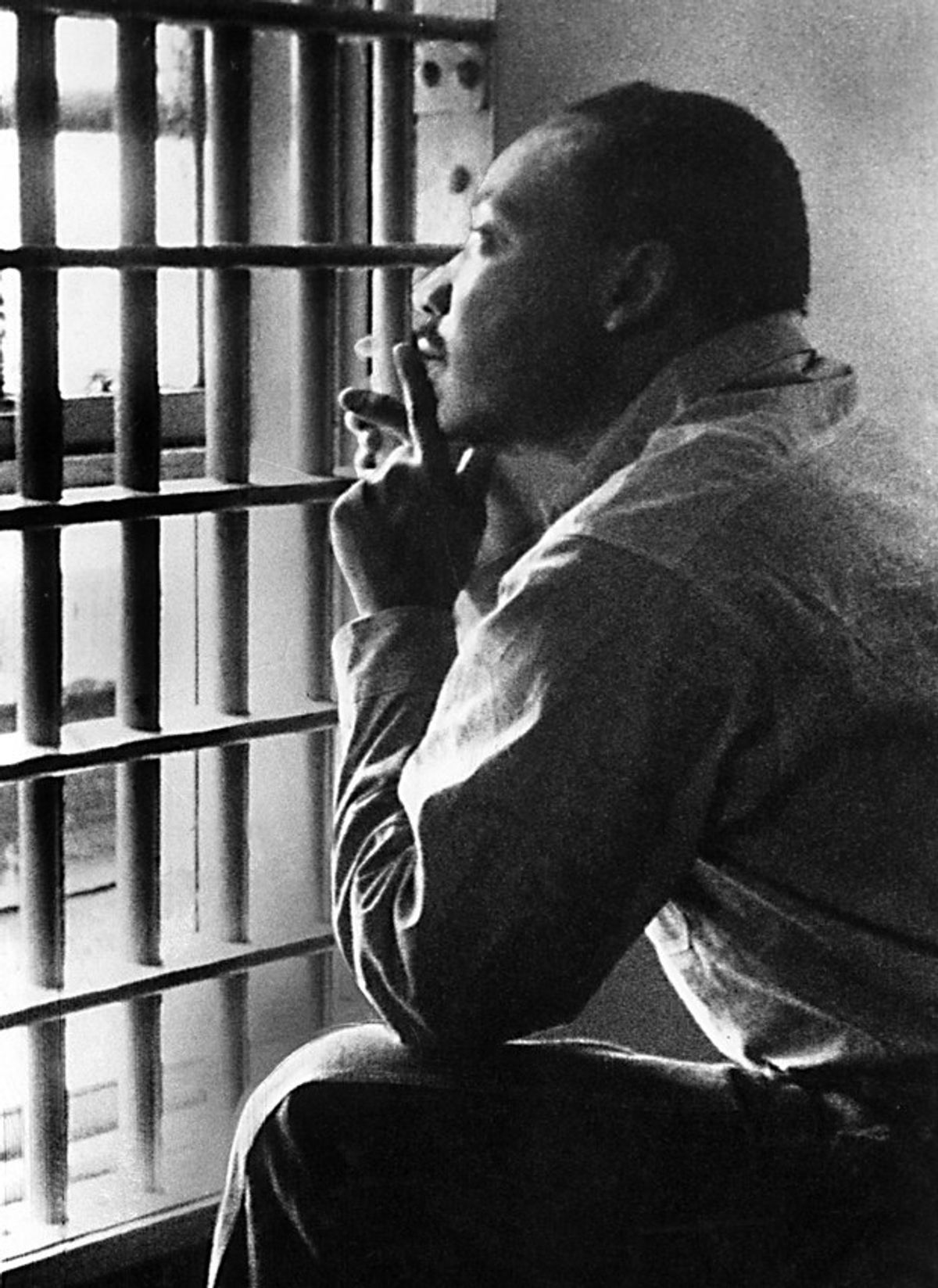 With all the social unrest regarding the U.S. Presidential election, inauguration, Black Live Matter Movement, and protest around the country, one man, in particular, seems to make an appearance in almost every conversation I've seen so far: Martin Luther King Jr.

Before I go on, I want to address the issue that has been brought up to me when I address these issues. I'm entering dangerous territory just by talking about BLM, civil unrest, protests, etc. It's been taboo for as long as most people can remember to talk about politics or sensitive issues like this from the pulpit. I get it. But humor me just for this one post. Let's acknowledge just for right now the theological elephant in the room of every church service that no one will talk about.

Some people aren't exactly happy with the new President-elect and things he has said and done. Because of this, there have been protests around the country. News media and social media have both chimed in quite a bit on this. I've seen and heard many saying that the protesters should get over it. I've seen a particularly humorous meme saying "Cubs are not my World Series Champs!" as a sarcastic jab to those saying Donald Trump is not their president. In regards to the protests, thousands are condemning them as violent, entitled, self-righteous, and just plain inconvenient.

But since when are protests supposed to be convenient? Are they supposed to protest only in their living rooms where no one can see, hear, or be remotely impacted by them? The entire point of a protest is that in some way it makes us uncomfortable by showing the unrest in people's hearts. As much as I don't like using memes, there's no doubt they have impacted our dialogue, and this image speaks volumes.

I also see and hear references that they are a disgrace to the non-violent protests of the Civil Rights movement. Both movements have their differences and similarities, but the most striking that I will be focusing on is the shared unpopularity by their contemporaries. Both the Civil Rights Movement and recent protests were/are vilified by those on the outside.

This is where I tend to get the most push-back. MLK was non-violent and beloved! We have a holiday in his honor! He's been upheld for years as a hero! That may be true now, but it was not true back then. We seem to forget that he was sent to jail for not obtaining a permit for a march. He was called a rabble-rouser, criticized for going too political as a pastor, and he opposed the war in Vietnam. All those are big no-no's if you want to be a "feel good" pastor.

After Dr. King was sent to jail, he received a letter from a number of prominent religious leaders in Alabama saying, "Just as we formerly pointed out that 'hatred and violence have no sanction in our religious and political tradition.' We also point out that such actions as incite to hatred and violence, however technically peaceful those actions may be, have not contributed to the resolution of our local problems."

This is just one of many criticisms of Dr. King. Yet think about what we praise him for. He was disobedient. Civilly disobedient, that is, and I can see why many of my well-intentioned Christian brothers and sisters have criticized recent protests and riots for turning violent. However, these issues were still present even in the Civil Rights movement.

All this brings up a difficult theological problem that tends to get brought up when one side is trying to keep the other side in line: The president is God's anointed, get used to it. There are plenty of reasons why this thinking can be dangerous, but I wish to dive into why it's hypocritical of our values and past as Christians and as Americans. However, Dr. King puts it much more eloquently in his response from the Birmingham Jail:

"Of course, there is nothing new about this kind of civil disobedience. It was evidenced sublimely in the refusal of Shadrach, Meshach and Abednego to obey the laws of Nebuchadnezzar, on the ground that a higher moral law was at stake. It was practiced superbly by the early Christians, who were willing to face hungry lions and the excruciating pain of chopping blocks rather than submit to certain unjust laws of the Roman Empire. To a degree, academic freedom is a reality today because Socrates practiced civil disobedience. In our own nation, the Boston Tea Party represented a massive act of civil disobedience.
We should never forget that everything Adolf Hitler did in Germany was "legal" and everything the Hungarian freedom fighters did in Hungary was "illegal." It was "illegal" to aid and comfort a Jew in Hitler's Germany. Even so, I am sure that, had I lived in Germany at the time, I would have aided and comforted my Jewish brothers. If today I lived in a Communist country where certain principles dear to the Christian faith are suppressed, I would openly advocate disobeying that country's antireligious laws."

There are numerous references in the New Testament about "giving to Caesar what is Caesar's" and "respecting the governing authorities." Yet as Dr. King points out, Christians were vilified for not obeying Roman laws that compromised their faith. Furthermore, our entire country was founded on the principle of deposing unjust rulers and establishing our own, yet those in power seem content to interpret the Scriptures to support their comfort in this present case.

Is it not the duty of Christians first to establish justice of God in the world before submitting to the authorities established by God? That brings up a whole theological problem in itself. Why would God allow horrible, terrible people to come to power? We see even in the Bible that God raised up Saul, knowing that he would eventually be rejected as king. This is a difficult theological problem that is perhaps solved by understanding that God is giving us exactly what we want. The people wanted Saul, just as we have shown who we want as President.

It does not matter who is king or who is President, the church will always be the instrument God uses in this world to establish His justice and reign. Even so, at some point the church can only do so much before injustice in public policy must be addressed. Segregation was legal and people like Dr. King used their platforms to bring about change in the law.

So let us not look down on the protests because they can sometimes turn violent. However, it is important that we condemn the violence, but not the cause of equality. Even our heroes like Dr. King were vilified in their time, but have been found to be on the right side of history. We must then ask ourselves, how will history judge us? We must remember that civil disobedience is never popular, but it is nonetheless vital to the mission of God.