A quick recap of a busy Boiler semester. 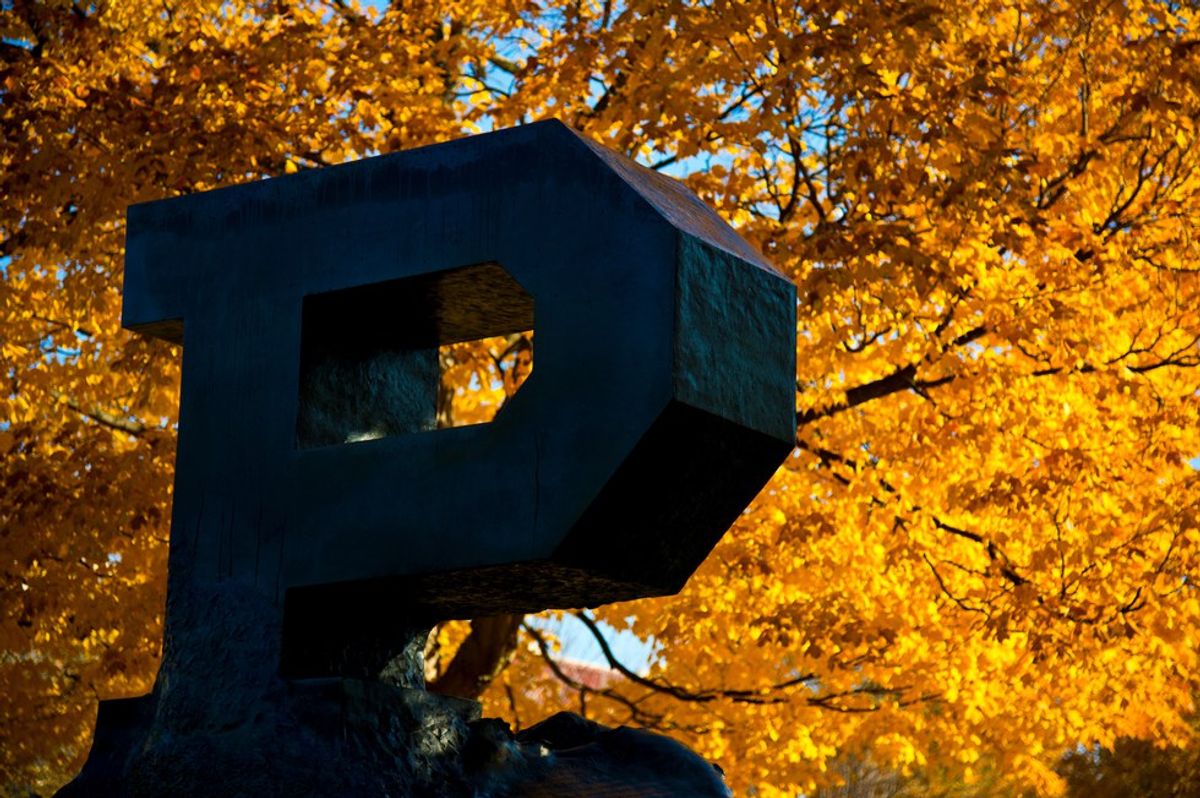 Another semester has wrapped up for Purdue students, and it's been a busy one. A lot can happen in 15 weeks, and that was proven true with the all the things we experienced in West Lafayette. Here's a rundown on the Fall Semester here at Purdue University.

"One brick higher" is a common motto at Purdue, and it was taken quite literally all around campus. Early projects led to a two-way expansion of Russell Street, as well as an early road closure of 3rd Street to kick off the construction of a new "Innovation Design Center." This proved to be an early annoyance, but nothing compared to the two major construction projects at work. For over a year now, the area near the famous bell tower has been filled with heavy machinery as construction continues on the Wilmeth Active Learning Center. It's an impressive structure, but the pathway limitations have caused a lot of foot congestion, especially when people insist on trying to bike through the half-covered walkways. With completion expected by next fall, expect to see more of the same in the spring. The Electrical Engineering building is also under renovation, and with it, the sidewalk and nearby bus stop have been shut down. It isn't too much of a hassle, but to be fair, I don't spend too much time near the building.

An artist's rendering of the Wilmeth Active Learning Center at night

Something we won't have to worry about is River Road, which experienced major shutdowns as it underwent a sewer system update. At one point, entire lanes were shut off, and ramps from campus to the road also experienced closures. Now, all that's left is aesthetic improvements, as the road is almost completely open for traffic. But of course, nothing is ever finished at Purdue, and with plans on renovating State Street and surrounding roads underway, we'll be sure to be annoyed with something else next semester.

The Best (and the Worst) of Purdue Athletics

With a high like that, and with football season underway, no one was surprised as athletics took a major dive downwards. The most popular sport in America was showcased in Purdue with one of the most embarrassing performances, weekly. In fact, one of the most exciting moments this season was watching former coach Darrell Hazell ice the opposing kicker three times en route to beating the other worst team in the Big Ten. However, this didn't stop Purdue from spending the big bucks on a new football complex, as a part of the "Master Plan." Football did end on an exciting note, with the hype of the new football coach hire, Jeff Brohm. Brohm, an offensive genius, will at least bring exciting football to Purdue, and hopefully more wins. Let's play football.

All over the nation, politics has drawn deep lines amongst people. This held true at Purdue as well. In a predominantly Conservative state on a typically Liberal college campus, views were sure to butt heads. Last semester, key Democratic figure, Bernie Sanders, visited many Indiana campuses, with Purdue being one of them. This fall, Libertarian candidate Gary Johnson spoke at Purdue, alongside President Daniels who moderated the discussion. While neither Clinton nor Trump made personal visits to the campus, movements by students were seen through chalk messages, flyers, pins, and big red hats. In the end, Purdue played its part in the election, and likewise felt the shock of an unexpected victory.

Of course, controversy cannot be escaped, and one of the more recent events was caused by posters promoting white supremacy. The group, known as American Vanguard, left posters on campus with an apparent fascist symbol and message, claiming that white people had a "right to exist." The posters were met with massive opposition, though much of the outcry ended up being directed at President Mitch Daniels, whose statement refused to acknowledge poster campaign as nothing but a "transparent effort to bait people into overreacting, thereby giving a minuscule fringe group attention it does not deserve, and that we decline to do." Some students and faculty felt his response was too weak, and thus voiced their opinion on that matter.

As you can see, it's been a busy semester, and I haven't covered a great deal of the other events we've had a Purdue: The opening of the new Honor's College and the IPFW split to name a few. But the semester is over, and we all deserve a good break before we jump right into it again in January.