On Being in a Pseudo-LDR
Odyssey

On Being in a Pseudo-LDR

Being thousands of miles away from your significant other is hard. But what about being on the borderline between close and long distance? 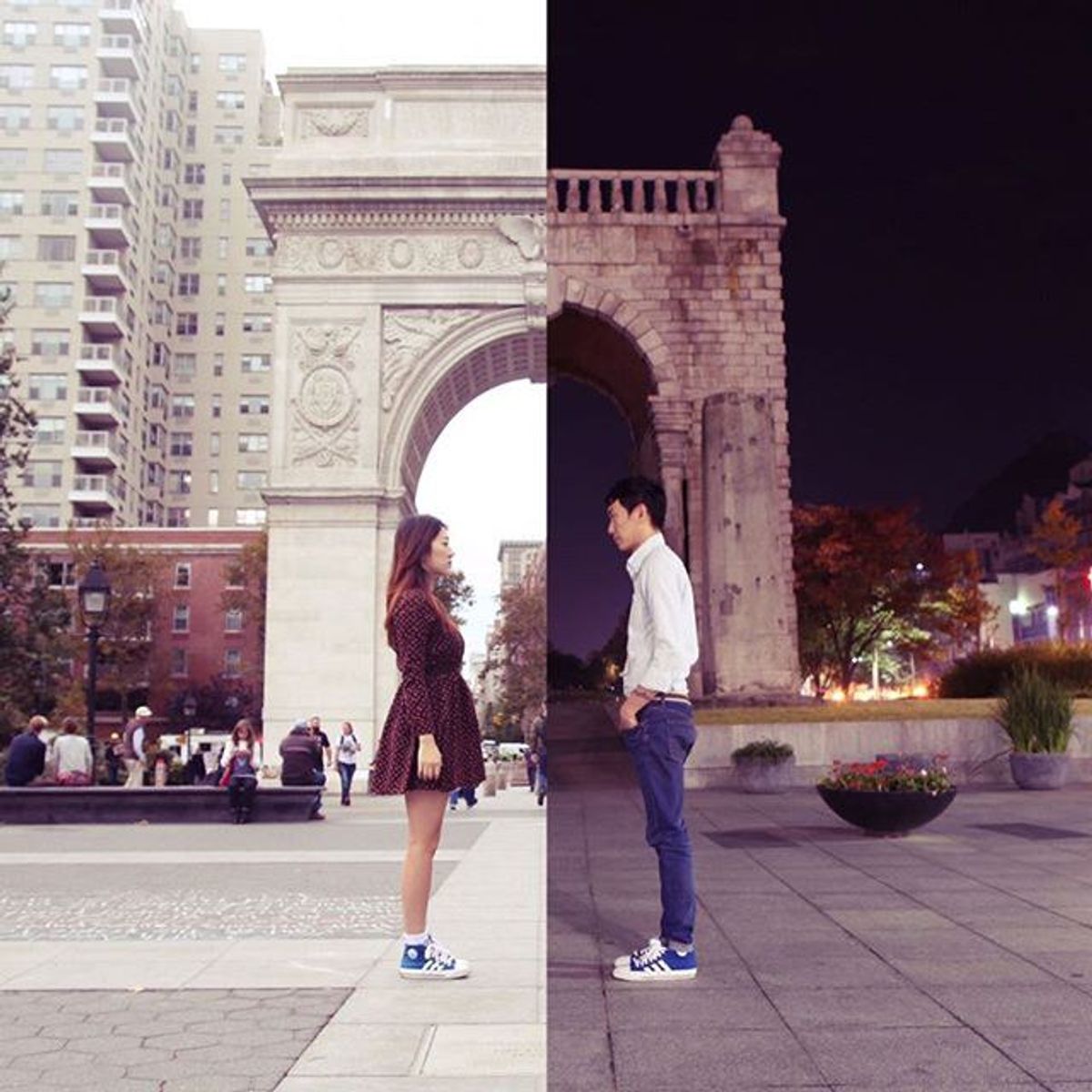 When my boyfriend and I first became an official couple, we were just about to graduate high school. We lived within 10 minutes of each other, and I had both a car & a driver's license. We saw each other almost every single day that summer. Then, college came. I'm sure you've all heard this story before: The high school sweethearts finally get together at the end of high school, only to have to deal with the effects of a crazy long distance relationship in college. However, my case is a bit different. I was staying in Staten Island, he was going to Manhattan. Not too far, right? Exactly. That is the whole problem! Allow me to explain.

What does being in a LDR mean?

Being in an LDR, in my opinion, is being in a committed relationship with someone who lives too far away for you to comfortably get to on a normal basis. They are geographically too far away to physically be with one another. When I think of long distance relationships, I think of the couple in "Dear John", who were forced to be separated for a significant amount of time because of his job in the army. I think of people that live countries or states away from one another. I don't think of a couple who is a ferry and subway ride away.

This is precisely why I believe I am in a pseudo-LDR.

What does being in a Pseudo-LDR mean?

Being in a pseudo-long distance relationship means just that. It's a "fake long distance relationship". According to my definition from earlier, LDRs are where the couples are too far apart to see each other comfortably on a normal basis. But what about couples that aren't thousands of miles away, but still can't see each other every day without commuting for an hour and a half? That is definitely not comfortable or even practical for me!

When my boyfriend went "away" to college, I didn't think it would be a big deal. I knew he was only a ferry ride and a few train stops away. However, I believe that knowing he is somewhat close to me makes it that much harder for him to be away. When people are in real LDRs, they know that there is no way they can see their significant other. They say their goodbyes, set a date to be reunited. Until then, that's it. In my case, there are no "goodbyes", there are no "set dates". It's just a "see you whenever I see you". In my case, we are close enough to each other that we can see each other if we really want to. This is so hard because if ever I miss him, I can easily just drop whatever I'm doing to go see him. Is it practical to do that? Absolutely not! However, every weekend I contemplate pushing away everything I know I have to do, just to travel that hour and a half or so by public transportation to spend time with him. It takes a lot of willpower to be in a pseudo-LDR, to force yourself to stay at home and study, when all you want to do is go see your boyfriend. In my opinion, it might be even more difficult than being in a real long distance relationship. At least in that case, you have the closure and the knowledge that you literally cannot see that person for a certain amount of time. For people in pseudo-long distance relationships, it's all about prioritizing your time so that you can go travel to see your significant other.

I guess what I'm trying to say is: whether it's a real LDR or a pseudo-LDR, it sucks.