You Can Be A Republican And Not Support Trump

Four years later, I still hate Hillary Clinton. But now I don't like Trump, either. 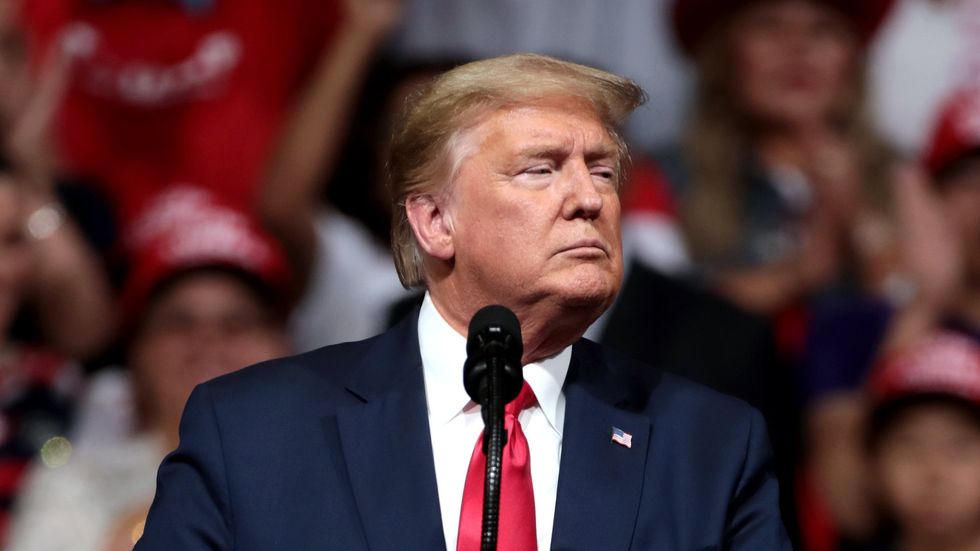 In the fall of 2016 when Trump was elected, I was happy. Despite being a 17-year-old girl who already knew she was politically independent, I stood by Trump over Hillary. When the primaries were going on, I was a junior in high school and in a creative writing class. Our final paper was to write a paper about anything. So, the political nerd in me chose to do a full-blown research paper, as opposed to taking the easy way out and writing some fictitious story. This led to a nine-page paper about Hillary Clinton and Donald Trump. The premise of the paper was, to be frank, about how they both sucked. I found both Hillary Clinton and Donald Trump had done suspicious and messed up things. For example, Hillary had her email scandal and Benghazi, while Trump said in the early 2000s that he actually identified more as a Democrat (believing they do a better job while in office) and actually gave kudos to Hillary Clinton.

To me, they were both liars.

Even so, as the electorate had to do, I felt the need to support one of them, despite not being able to vote. Many of my family and friends who were eligible voters at the time were politically disengaged, and I felt like it was my duty to tell them about both candidates, and which I believed would do better for our country. In the end, I believed Trump would be the best choice.

Yes — He was "politically incorrect" when he talked, but in a way, that made him seem more truthful. I was tired of having crooked politicians in government. Although I didn't love him, I didn't love Hillary either, so in the end, Trump got my imaginary vote.

As I said, I'm politically independent. More specifically, I'm a true independent, which means I literally don't lean more left or right on average. The reason I'm repeating this is that I want to emphasize it's not just his right-leaning stances that I dislike, the legislation he supports by the GOP ruled Congress, or him making fun of Nancy Pelosi (I actually enjoy that last one).

It's the fact that he is a huge liar and much of what he does is further right than any other former GOP president.

The policy states, "Anyone with gender dysphoria who is taking hormones or has already undergone a gender transition will not be allowed to enlist [into the military]." This makes no sense to me. Why shouldn't anyone able and willing to serve this country be able to? Because their desire for hormones or trans-related treatment would cost too much? There are an estimated 2,450 active trans troops out of the 1.3 million, that's not even one percent.

2. He can't even read from the Bible correctly

If you're so sold on thinking Trump is such a Christian man, try again. He read, "Two Corinthians 3:17" not "second Corinthians". Come on, Trump. I learned this in Sunday School, you're not fooling me.

3. Refusal of releasing his tax returns

How long has this been going on? And how do you love a president who is so "down to earth" and not your "average politician" yet refuses to come clean about his past and taxes?

4. He never said Mexico would literally pay for the wall

Did you know this? Trump claims he never said such thing. After rallies upon rallies and multiple debates of saying Mexico will pay for the wall, he came out and said he didn't mean they would actually pay for it. Personally, I think this is his worst fail of all.

You can support Trump over Democrats, but that doesn't mean you need to praise him.

Again, coming from someone who once supported Trump, it's not just about his ideology. Democrats and Republicans will always disagree. It's about Trump specifically, after studying Trump within his presidency for the past four years, there are many more Republicans who I would much rather vote for than Trump.

Liking a lying, rude president doesn't make you quirky, it makes you an uneducated asshole.

Supporting Trump makes you a Republican. Backing him on everything, commenting #TRUMP2020 on images of children in cages, and believing that he actually thinks half the shit he spews out of his mouth makes you look more like a sheep than the people you probably call that on the daily. At least Democrats admit they don't like Biden.

Be a Republican, but be a better one.