Predicting the Future Of Sports
Odyssey

Predicting the Future Of Sports

Since it's pointless but also fun, let's pick who wins championships next year? 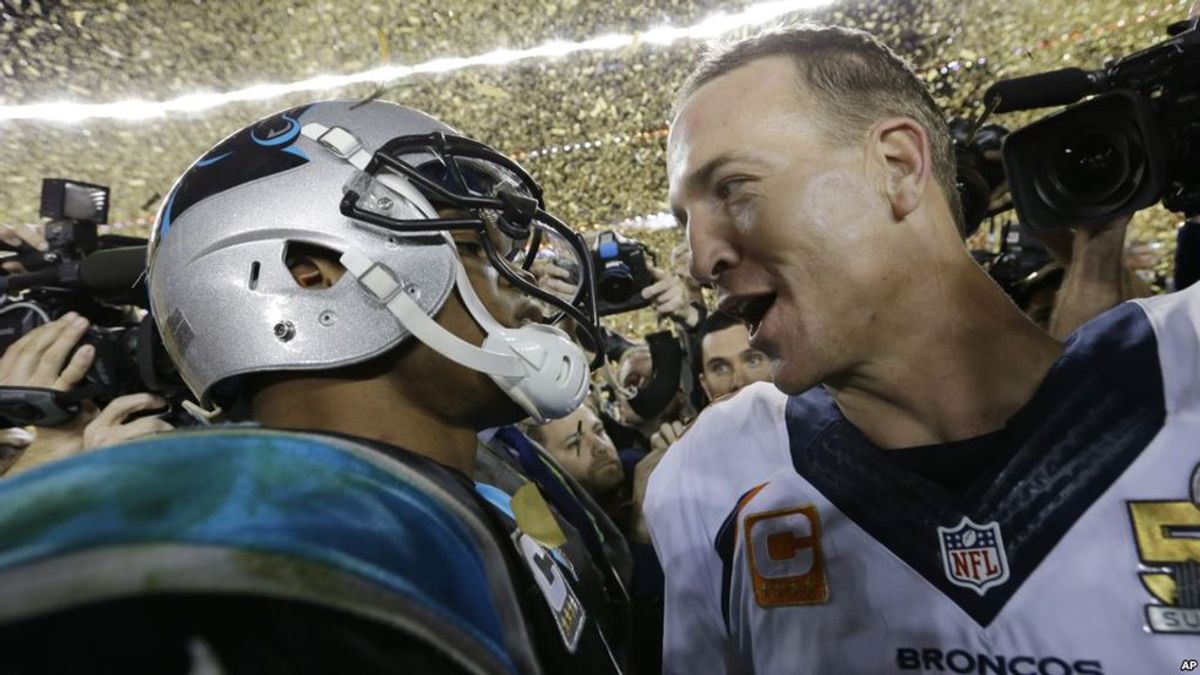 With Super Bowl 50 behind us, now is a great time to look forward to the other sporting championships of this year (and beyond). Speaking of this past Super Bowl, did you know that the champion Denver Broncos were favored to win only one of their three playoff games? Us prediction-makers really know what we're talking about! Anyway, here are 10 percent guaranteed accurate predictions for the upcoming sports year.

Right now there appear to be only three teams worth mentioning in this race: the Golden State Warriors, the San Antonio Spurs, and the Cleveland Cavaliers. All have legitimate reasons for why they could win it all. Golden State may challenge the 1995-96 Chicago Bulls for the title of greatest team ever. Their current record is 48-4, which is absolutely ridiculous. The Spurs aren't far behind them, at 45-8. And last season, LeBron James almost single handedly willed an injured Cavs team to a championship.

It's going to be a repeat of last year's Finals, with the Warriors winning a classic over the Spurs to reach the title round. Much like last year, Lebron will shoulder the Cavs to the Finals, but Golden State is just too good for one man to beat, even if he is the best in the game.

This is where things start to get interesting. Hockey has more parity than basketball. There's no team in hockey setting the world on fire like the Warriors. That said, there are definitely some very good teams that have begun to separate themselves from the league. Chicago is looking like it might repeat. Both Florida teams are in playoff contention, and it hurt my soul to type that phrase. Detroit is heating up, as is Dallas. But strange things have happened in the NHL playoffs. Would-be Cup favorites lose in the first round every year. There should be no shortage of thrills.

This would be exciting, wouldn't it? Two Original Six teams fighting for hockey's ultimate prize. This would certainly reignite a rivalry that's been looking lopsided for a few years now. Detroit has the better goaltending of the two teams, and I like Detroit's depth a bit more than Chicago's. Plus, we would see the two best rookies in the game, Chicago's Artemi Panarin and Detroit's Dylan Larkin, fight for the chance to win a Cup in their first season. Besides, Pavel Datsyuk and Henrik Zetterberg deserve one last Cup before they retire. Detroit isn't really in the discussion right now, but I have a sneaking suspicion that the Red Wings can go the distance.

Who ever thought the Chicago Cubs would become the most feared team in baseball? I know it's a lot of preseason hype, but holy smokes this team is loaded. Say goodbye to the curse of the Billy Goat, and only one year after Back to the Future II predicted it.

Pick: Chicago Cubs over literally any other team in baseball in five games

Fine, if I have to pick an American League opponent, I'll say the Houston Astros. That's right, I'm calling a Cubs-Astros World Series, and it's not a stretch. These two former laughingstocks of the league have hit their stride at the same time, and what better way to make up for years of misery than a trip to the World Series? The Cubs will win, though. A World Series win on the 100th anniversary of Wrigley Field is only fitting.

Ah, yes, the Roman numerals return after a one-year absence. You know who else returns after a one-year absence? The New England Patriots. I don't like it anymore than you do, but we all know that through black magic, deflated balls, and spying on the other team, Bill Belichick, Tom Brady, Rob Gronkowski and 51 other guys no one has ever heard of will reach next year's Super Bowl. The only question is who their opponent will be.

I was so tempted to pick the New York Giants. It would put Eli back on top of the Manning family in terms of Super Bowl wins, and they all would have come at the expense of Tom Brady. But the Giants are not good enough to go all the way. Green Bay is, and it's high time Aaron Rodgers wins another one.

So remember, bet on these teams to win their respective titles. Totally foolproof. If you do win any money off of this, though, I'll want a cut.