The POT(US) Calling the Kettle Black

How the president uses fuckery to stroke the racial divide 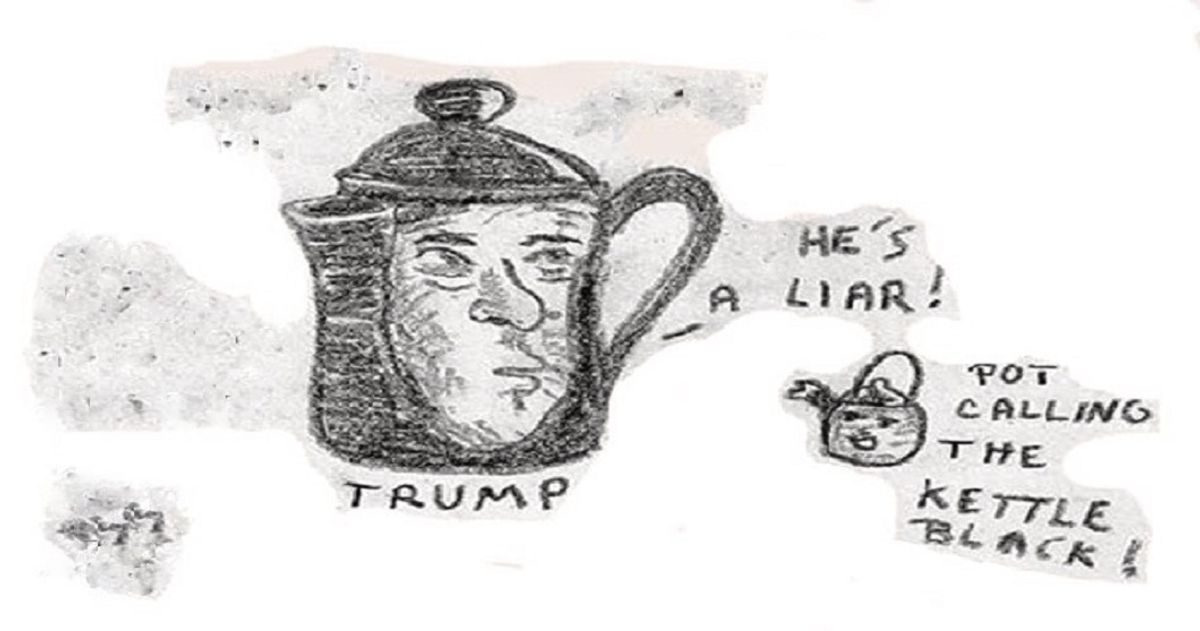 Wouldn’t you love to see us as a people, when the president of the United States disrespects us, our rights, freedoms, our very being and existence, to stand together in unison and say “enough is enough, get that son of a bitch out of office right now, you’re despicable. You need to be stopped!”

So many trump cards have been laid down by the tiny hands of the bigoted and racist leader of the “free” world that the underlying message being expunged from the bowels of 1600 Pennsylvania Ave. has become overstated. At this point it is impossible to believe that the current reality hasn’t sunk in by now for most African-Americans who attempt daily to break even as participants of the rigged game that is these united states.

This is why one need not have been in attendance for the modern-day Klan rally disguised as pre-election hype that took place in Alabama last month. The words and actions of the dread-of-state were as loud and clear as they’ve ever been. These niggas had better know their place, or else.

The attack from the executive orifice while speaking in Alabama was delivered in the form of a mandate. That all NFL players who choose to take a stand for equality and for putting an end to racial injustice by kneeling during the singing of the national anthem be essentially cast out and stripped of their livelihood.

In this alleged land of the free and home of the brave African-American athletes were scolded by the president while being sternly reminded of how they all are somehow duty bound to pledge allegiance to this nation and its flag in honor of military and country. No matter that this nation has chosen to denigrate the African-American race in every conceivable way for centuries or that the flag has far too often been used as a tool to augment that oppression. Trivial facts all when your pursuit is not of uplifting a nation by uniting its citizens but of a need to divide and conquer them.

Addressing controversial black issues while speaking to a predominately white Alabama crowd teeming with supporters who think, act, and feel in similar ways as he does the president was able to play to his strengths in furtherance of his agenda. An agenda that in retrospect will amount to nothing more than a lose-at-all-cost strategy trumpeted throughout America aimed at perpetuating the divisiveness among color lines.

The hateful rhetoric spewed by the president in Alabama was obviously a means to trump any empathy that may have been gleaned from white America for a black cause. To the degree that these heinous acts succeeded does neither to elicit shock or inspire hope. The racist stench of hypocrisy emanating from a very white, White House threatens to choke us all like some 21st Century noose.

For every black fist raised into a blue sky, every knee planted in protest with resounding affirmation into the grassy green fields of NFL stadiums nationwide, every chant that black lives must matter, or every plea for liberty, freedom, and justice for all, there are just as many deaf ears and blind eyes from the clueless and tone-deaf non-reticent elect and his sycophantic administration.

The myriad of injustices behind the protests and the reluctance by black athletes to want to stand for the national anthem and salute the American flag mean absolutely nothing to this president. His motives and intentions for getting involved in the hot button issue that has defined the NFL’s past two seasons are of a more singular focus.

The inordinate amount of time and energy devoted by this president to issues where race will play prominent in the discussion is utterly disgusting. It is safe to assume he didn’t become as fat as he is today not knowing the where and how his bread is buttered. And with football a sport made up of one specific ethnic group more than any other the president wasn’t about to pass up the opportunity to pit white versus black in hopes of a racial clash.

How can the assertion that disrespecting the flag or America be a legitimate complaint anymore after the president has unequivocally committed himself to doing that exact thing during his short time in office? Whether it is barring and deporting, or deporting and then barring immigrants to and from this country, disrespecting gold star families, or colluding with enemy foreign governments to destroy our electoral process and democracy, the atrocities undertaken by the president in less than a years’ time smack of the similar disrespect charged and attributed by him those protesting injustice.

If the current president’s reign has revealed one thing more than any else it is that he truly does intend to drain the swamp. If only so he can overfill it with hate. Trivializing and then nullifying the importance of real issues that plague this nation while simultaneously pitting black against white has been the go to play in the playbook of this administration from the onset.

And whether they are sympathizing with white supremacists in Charlottesville or subjugating black progress wherever it arises their remarkable adherence to the old confederate mantra of subordination to a “superior race” is undeniable.

It is perfectly fine and quintessentially American to question the merits and values of this so-called “great” nation and its flag. Greatness is a virtue that comes in many forms. The loneliest form is sacrifice. NFL players and many others blessed with a large enough platform to generate change are all valiantly making the attempt to use their status for the betterment of the people and world around them. They sacrifice something that is inherently valuable to each of them through standing up for what is right and good with the hope they can provide a voice for the voiceless.

Meanwhile the sitting president utilizes his platform, a platform equipped with the biggest microphone, to lend voice and give credence to a toxic ideology. The only thing inherently valuable to him is fanning the flames of racial discourse and any occasion given him to do so will be seized upon in a hillbilly’s heartbeat.

Imagine if you will a president who instead of condemning those who protest for a greater good, exemplifying strength and courage by kneeling in support of what they believe is right and just while promoting others to follow, was a leader who actually stood for something.