Polluted, Poisoned And Pissed Off: Crisis In Michigan
Odyssey

Polluted, Poisoned And Pissed Off: Crisis In Michigan

A local look at the wretched water still in Flint. 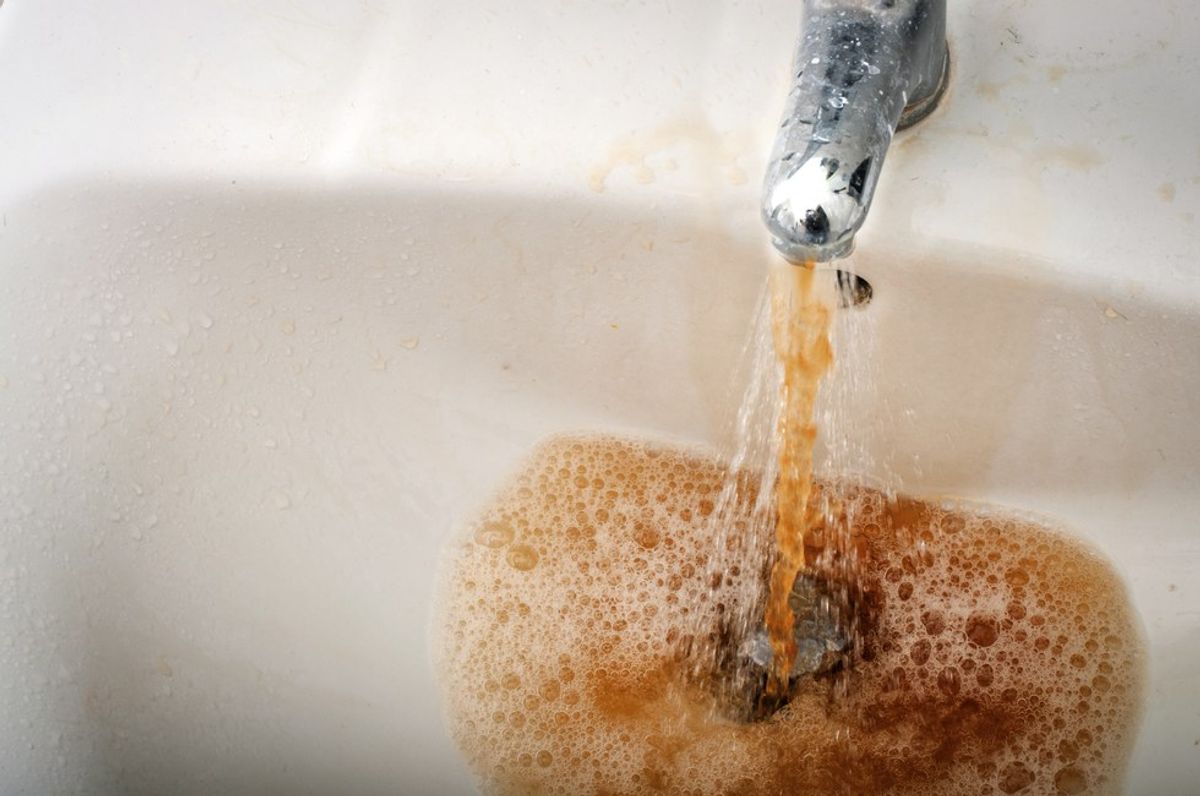 Flint, Michigan is a town about an hour outside of Detroit. A place nearly 100,000 people call home—a place nearly 100,000 people are without sanitary tap water. This is an issue with a birthdate stretching as far back as April 25, 2014 when Governor Rick Snyder signed off on a deal to supposedly save the city $5 million. He gave full permission to switch the city of Flint’s water supply from purified water from Lake Huron, their water supply for over 50 years, to the lead and bacteria infested water of the Flint River.

As a Las Vegas resident with no family or close friends in Flint, why would I care, or why should you care? Aside from having the basic human decency to empathize with the people of Flint, it’s important to realize it stretches farther than just water for these citizens. To gain a better understanding of what is really going on in Flint, without the media editing what goes said and unsaid, I talked to 20-year-old college student and Flint local, Bryce Timmons.

Timmons says “the water situation is worse than what's reported on the news, [and] funding allocated for pipe replacement was cut by one of Trump’s executive orders, delaying the process of replacing the pipes even longer. Current estimates are 5 to 7 years before normal quality water is attainable.” Flint residents have spent over 1,000 days without clean water, and as of right now are expected to, unfortunately, spend many more; “the decision by Governor Rick Snyder was a blatant disregard for public health and safety and he is still unpunished for his role in everything.”

Due to pipe corrosion, “the concentration of lead in some people's tap water is the literal concentration of solid lead,” he says. Children, especially under the age of 6, are much more susceptible to the effects of lead poisoning. Lead poisoning can affect the development of children’s skills and physical growth. Poisoned children may even show behavioral problems or have attention deficit disorders with age. Not only that, but the lead concentration levels are causing high blood-lead content levels in citizens of all ages, genders, and races giving them rashes and skin abnormalities directly related to irritation from the water. Lead poisoning cannot be reversed or cured, once it has caused damage it is adversely permanent.

Necessary daily chores like washing the dishes, doing the laundry, brushing your teeth, showering and even cooking require the people of Flint to find alternatives. When asked what they do for water, Timmons told me they are forced to use “bottled water for literally everything.” He added there are at least designated water pick-up stations where residents can get water bottles during certain times of the weekday at specific stations; “using bottled water is hassle enough, [but] they only give you like 24 packs of 16 ounce bottles.” Laundry and showering, however, proves to be more difficult, residents must travel to laundromats or friends’ and families’ homes outside of Flint. As for restaurants, many of the smaller businesses were forced to close because they had no way of getting purified water. Those who could afford it, like chain companies, replaced their tap water with a reverse osmosis filter, which prove to be rather expensive; professional filters are around $6,000.

Residents have little options on escaping the hassles of living without water. Many are simply are forced to stay due to lack of money, Timmons states “rent is about half the price of anywhere else within 50 miles so it kind of traps people in the area.” The reason he stays, aside from being born there and having a sentimental connection to the city, as a college student he is locked into the only lease he can afford at the moment.

Not only are the people of Flint facing financial struggles paying their rent, electric and gas bills, groceries, and anything else that falls between but they also must pay for the water they physically cannot even use. Timmons informed me of a recent policy that’s been strictly enforced as of lately: “If families refuse to pay for their poisoned, useless water, social services can and will remove their children from the home and place them into foster care… it's not only poisoning thousands of people but literally tearing families apart.”

Timmons shared how those who live outside of Flint and even thousands of miles from Michigan can make a difference: “The only way outsiders can really help [aside from donating to one of the few water purification and clean water distribution efforts] is to raise awareness and combat the media downplaying it. Flint has been without water for over 1,000 days and still has years to come before our drinking water is safe. If the general public is under the impression everything is okay, even though it's not, support for the funding drops, people forget, and that means less pressure on the government to fix their mistake as well as prolong everyone's suffering. Really, the spread of accurate information after Trump silenced the EPA, is absolutely crucial to Flint.”

It’s as easy as being aware and educated on the crises we as a country are currently facing that the media seems to dismiss, but most importantly speaking up. Use your voice to make an impact—the media will dismiss an issue only if there is no one to follow it. Don’t let Flint fall to the bottom of the to-do list; don’t leave them stranded, come together, use your power, our power, to let everyone know—we stand with Flint.