Poetry On Odyssey: A Lifetime Of Coffee

Coffee has never left my side although it's meaning and place has changed. 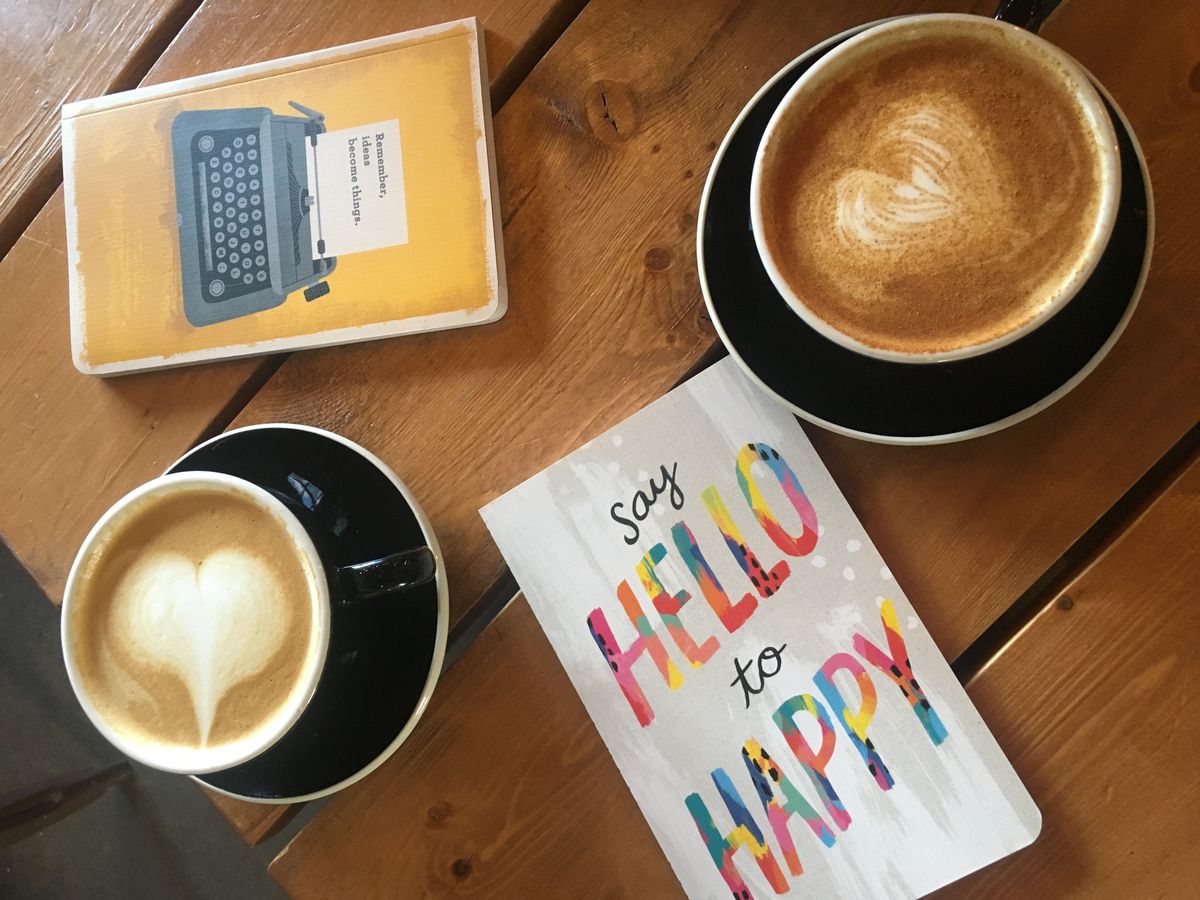 “Be careful, I have hot coffee” came from more adults' mouths than I can even count

loving the smell but never liking the bitter taste

realizing the necessity to be ready for classes, marching band and color guard competitions, along with all the other high school drama a day would consume

A frozen mocha at a local beach shop was the taste of the first ever confrontational conversation about a struggling, dark mind to the parents

it became the tender reminder of the sad, disappointed eyes and the will to fix a broken child though it was much harder and deeper than that

Freshman year of college with a meal plan to Starbucks was nothing but caramel macchiatos, white chocolate mochas, along with the occasional chai tea latte

trying to wake up for class, trying to shake off the heavy eyelids and a never-ending tired brain from mental illnesses rising to an all-time high

because being awake was hard enough

sorting through a different, questioning place within the family dynamic and working to no end

starting to face evil demons head on with more therapy and antidepressants but most importantly a drive to become the better, healthier version of myself

Sophomore year started out with freshly brewed coffee and vanilla creamer, when there was time to start mornings off right

in the winter, Starbucks’ peppermint mochas reminiscent of early mornings in Grandma’s sunroom waiting for family to arrive on Thanksgiving morning and the simplicity of being younger

still, feeling proud and good because being busy was comparable in meaning to being happy and healthy

lattes from local, untouched coffee shops overwhelmed taste buds reminding me why I fell in love with coffee to begin with

local businesses and the vibes surrounding those people and the unique lavender, rose, or other specialty lattes grounded me from the stress of my sophomore year

Black coffee with half and half filled a flower mug, chosen just for me, on mornings after nights spent at a different apartment,

a reminder that this wonderful person thought of me, filled me with the warmth of their home and let me into their familiar comfort

with soft music and the beauty of morning coffee sipped on whilst sinking into the university couch,

nevertheless watching as the sun peeked out from behind the trees outside their window, complete calm, full circle, knowing to be prepared but not completely sure for what

Now, it’s the occasional iced chai with a shot of espresso from Starbucks, coffee with skim milk on the back porch with Mom, iced coffee from Tim Hortons, or whatever I can get my hands on to start the day

but also remembering the adventure of seeking out new, exciting places for nothing more than a unique cup of coffee

The image of future adventures and the home of drinking coffee on my own couch with someone special circles my brain as milk swirls into black coffee,

sitting in an unfamiliar, uncomfortable living space simply waiting for more comfort to come, the closer to going back and seeing a certain person again,

“Do you want to grab a cup of coffee?” they will ask

From Your Site Articles
Related Articles Around the Web
poetry
Report this Content
This article has not been reviewed by Odyssey HQ and solely reflects the ideas and opinions of the creator.