Why Planet Fitness Is What Is Wrong With America

Why Planet Fitness Is What Is Wrong With America

You aren't entitled to success, so why would you be put off by someone who worked so hard to achieve it? 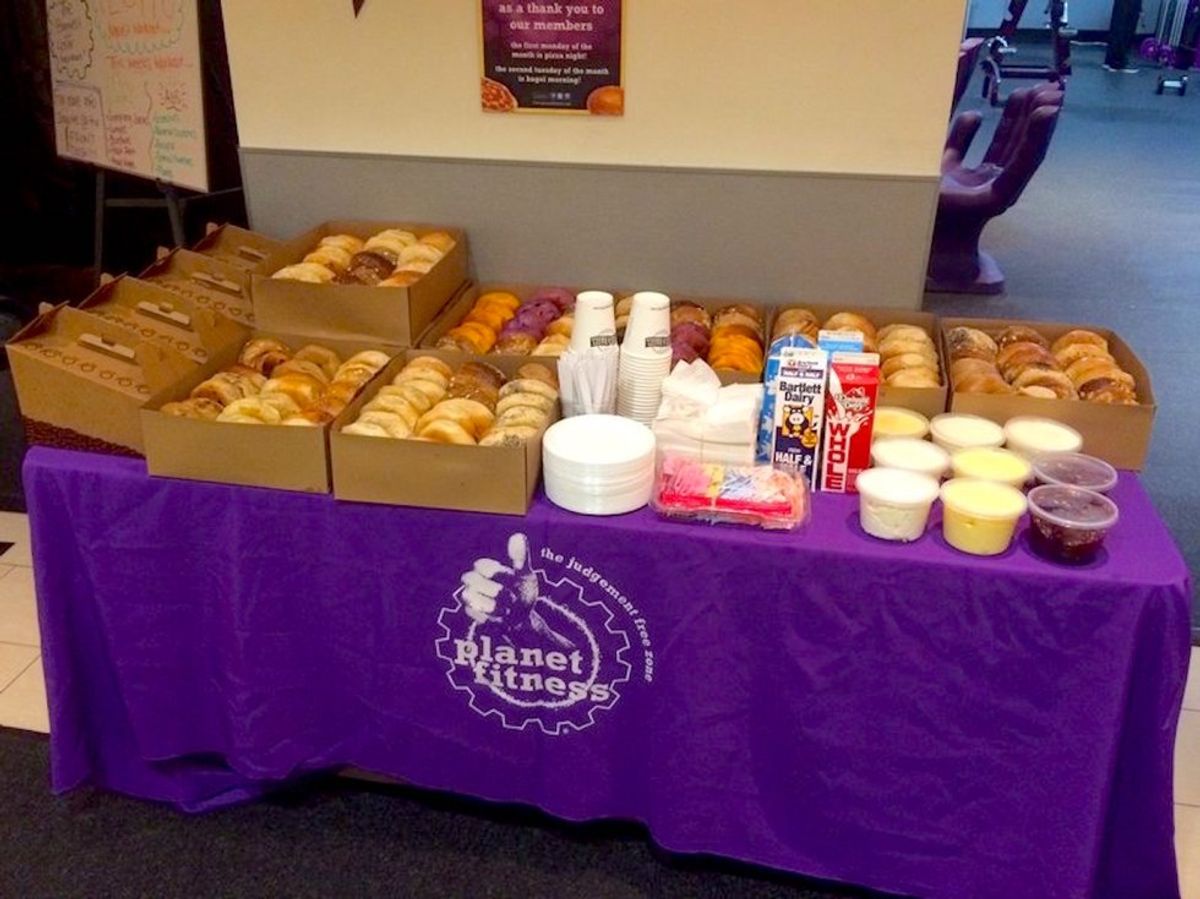 According to an issue of American Express's "Open Forum," Planet Fitness started as just another big box gym, only significantly cheaper than the competition. The $10 a month membership and streamlined business model went over well when strategically placed in areas such as the Bronx and Harlem (low-income areas in New York invaded by a company that was started in New Hampshire and Massachusetts). Profiting from their foolproof and completely original idea that they will offer cheap services to low-income areas, Planet Fitness knew they had to find the thing that set them apart from other gyms other than a price that reflected their quality: the moral crusade of "no gymtimidation." If you are determined to get in shape at Planet Fitness, let's start here.


Having put out the message that they care about those who have more delicate feelings, Planet Fitness has communicated to the world just exactly who they are in relation to the other big box gymnasiums: a kind and loving grandmother gym where you can run and eat pizza when your father or mother gym is being too mean and offensive. If you didn't know, Planet Fitness offers free pizza (Mondays) and bagels (Tuesdays) to all of its members in what I like to think of as their version of job security. No matter what you are trying to do, it all comes down to what you put in your body. Trying to lose weight while exercising three days a week and eating excess carbs is like trying to run to China while on a treadmill. How was that idea even pitched?

"People switch gyms all the time, Bob, how do we keep them here?"

"OH, yes, they will, trust me. See, they feel better when they're here 'cause they're movin. Then, later... the food digests and they feel all gross, y'know? Then they have to come back!"

While feeding their members the exact opposite of what people who are trying to go to a gym and get healthy should be eating, they keep those who have excelled in fitness and strength out. These could be body builders, power lifters or anyone who is fit in general. Are these people mean? In general, no. In my experience, someone who is physically active is often much more pleasant than a person who does nothing. Good thing there aren't "big mean people" in the real world, just in some gyms at certain times.

Referred to as "Lunks," anyone with a relatively muscular physique is now watched and made sure that they do not intimidate other members while they are eating pizza. This would hurt the other member's feelings, being that they are in better shape. This could be because they are eating pizza. When a "lunk" may or may not drop his or her weights, a "lunk alarm" is sounded to publicly shame said "lunk." This way, only the feelings of the weak and those eating pizza and bagels are protected. Remember, public humiliation is OK if it is directed toward somebody else.

“... the stereotypical bodybuilder who drops weights loudly in the gym and creates a bad atmosphere, an intimidating atmosphere. When we see one of those, we sound an alarm," Marc Grondahl (the co-founder of Planet Fitness) stated when he sat down with Katie Morell in an interview with OPEN Forum.

As you can see, Marc is very dedicated to physical fitness. His main interest and passion lies in exercise rather than "money" or "profits." It's all about getting clients to the best possible shape they can be. For your own inspiration, here is Marc's workout plan:

Marc often works out at Planet Fitness (hence the pizza) and often sounds the "lunk alarm" himself on those who are more fit and/or look like they will steal his lunch money. Marc doesn't want to be "gymtimidated" anymore than anyone else, his feelings are important too.

Now don't get me wrong, I feel that everyone should be accepted as equals. What I don't agree with is the use of that idea to not only profit off of those who are intimidated, but shame those who have actually put in work that, a portion of the time, started out as overweight gym members themselves. Every day I get closer to my certification and I think how it will feel to personally help someone become the best version of themselves because they wanted it, they worked for it, and they were inspired to step out of their comfort zone and make a change. That is where the magic happens, not from being told "good job" when you haven't done anything and rewarded with something that will hinder your progress.

Planet Fitness caters to the comfort zone. That is my problem with Planet Fitness. Not the equipment, the colors or even the employees (for the most part). It offers people something that they can reach on their own, but takes that seemingly unreachable goal and makes it even more unreachable by blinding them with the idea that "everyone gets a trophy for participating" comfortable mentality. It loves the comfort zone. It feeds on it. And nothing has ever been achieved or changed in the comfort zone. Not in exercise, not in personal growth, not in music, and, in my personal experience, not in stand-up comedy.

SEE ALSO: 27 People You Hate In The Gym

Almost every show I do, I see a comedian that is better than I am. Either he/she is more practiced, more confident or is just funnier in general. It could be because they have been doing it for ten years instead of my pathetic one year, or maybe because they have seen things that I just haven't ever thought about. There could be a million reasons, but it doesn't matter. They are better, so I have to become the best I can be to compete. Constructive criticism is better than a half-hearted "good job" while being handed a piece of pizza and a bagel. It isn't about who looks at the stage and says, "Psh, I'm better than him." It's about "That was really good, mine was OK, I need to keep working."

I believe that that is how everything great is achieved. Not by being afraid or offended by someone else's ability, but being inspired by it, wondering how they reached that point. You aren't entitled to success, so why would you be put off by someone who worked so hard to achieve it? It isn't luck, genetics or in some cases even skill. It's work ethic. It's their success, not yours, so step out of the comfort zone and make your own.