Why Planet Fitness Is The Absolute Worst
Odyssey

The slogan, the lunk alarm, and the judgement have got to go. 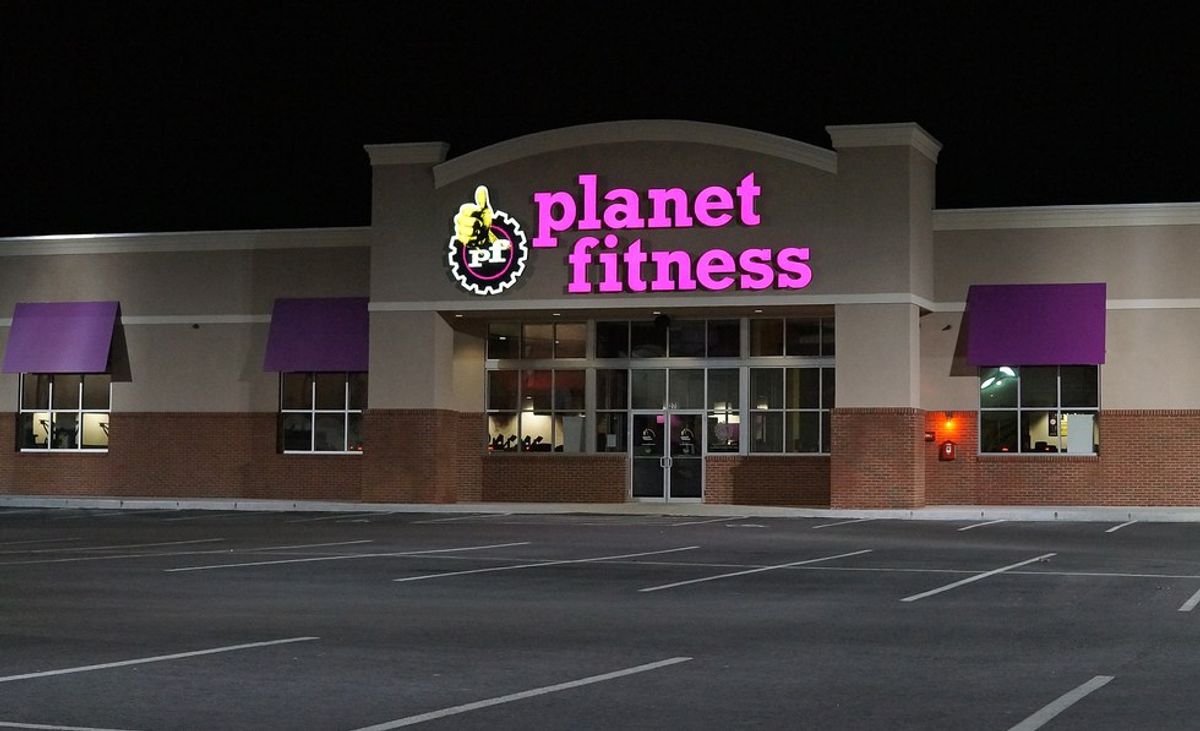 Planet Fitness’s “judgement-free zone” is the biggest example of false advertising I’ve ever experienced. When my gym unexpectedly closed one night, I had the displeasure of making a trip to the nearest Planet Fitness to finish my work out. In the small amount of time that I was there, I was made to feel more uncomfortable than I have ever felt in a gym before.

The few of us who desperately went to Planet Fitness for our workout in place of our normal gym were given noticeably dirty looks from other patrons. Maybe they felt uncomfortable with so many “lunks” around? If that were the case, I can assure every Planet Fitness member that was there that night that none of us were looking at you.

Do you really think I go to the gym every day to look at the other people there and laugh at them? Of course not! In most gyms, everyone there is too self-obsessed with bettering themselves to even spare you a glance. If anyone is looking at you at all it’s more likely that they’re waiting on the bench or machine you’re currently using and keeping track of how many sets you probably have left.

The biggest problem with Planet Fitness’ excessive focus on being a “judgement-free zone” is that everyone that goes to your gym will be obsessed with the concept. When you post that phrase all over your gym, scream it in your ads, and label it on all of your merchandise, all anyone can think about is being judged. The more you bring it up, the more people fear it and they begin to look for it in other patrons. Suddenly someone glancing at you bothers you so much that you can’t even focus on your own workout and, to make yourself feel better, you’ll start judging everyone else too.

I completely understand how scary it can be to initially start a fitness regimen. I felt like I didn’t know anything and I could just feel everyone’s eyes on my every move, no matter how often people told me no one was looking at me. It’s a common feeling that you’re probably going to experience no matter which gym you go to but the benefit of going to an actual gym is that you’ll stop feeling judged as you gain confidence in your workouts.

At Planet Fitness, where the exclamation “judgement-free zone” is posted everywhere you can look, you are constantly being reminded that you’re being judged and it will take much longer to move past that stage.

Now, as a group of people who are completely wrapped up in their own workouts, our group of Planet Fitness visitors did not look at, talk about, or point our phone cameras towards any of the regular guests. The same cannot be said for them. Besides the dirty looks and the stares, I personally saw three separate people point their phone cameras at unnatural angles so they faced me or another visitor. I cannot stress how infrequent this is at most gyms. In the four years that I have been a member of my gym, I have only ever noticed one person take a picture of me (I still don’t know why).

I reported it to the front desk and they immediately took care of it. When one of the other visitors reported the picture taking (in their judgment-free zone) to their front desk, the attendant tried to make excuses for the “judgers” and told her that it was probably because she was pretty. But the hypocrisy of this slogan extends beyond Planet Fitness members and staff and it begins with the company as a whole.

When you first walk into the building, there is a huge sign on the wall and in big words it says “LUNK ALARM.” Yes, it is a real alarm and yes, it is operable. Supposedly, this alarm will sound if someone is being kicked out of the gym for acting like a “lunk.” I know, it doesn’t sound judgemental or mean-spirited at all. You can see it here:

Now I would like to point out that if someone is carrying a gallon jug of water, there is absolutely no grounds for you to feel judged by them unless you are extremely sensitive about your water intake. Most of these things are aimed towards specific people: body builders, weight lifters, and basically anyone that takes their fitness routine seriously.

In fact, one of the other visitors just so happened to have a gallon jug on her (which I, for one, have never felt threatened by) and the employee took it from her. By implying that her gallon of water made her a “lunk,” she was made to feel uncomfortable, unwelcome, and judged.

Planet Fitness as a whole has judged every person that earnestly works out on a regular basis and encourages everyone else to do the same. Between the commercials, signs, and ridiculous rules, this health club (because they insist they are not a gym) has alienated a group of people that may have been loyal customers to them and they have proven themselves to be hypocrites. The slogan, the lunk alarm, and the judgement have got to go.