Philly Fans and Players are Hilariously Passionate in These 13 Ways
Odyssey
CurrentlySwoonLifestyleHealth & WellnessStudent LifeContent InspirationEntertainmentPolitics and ActivismSportsAdulting
About usAdvertiseTermsPrivacyDMCAContact us
® 2023 ODYSSEY
Welcome back
Sign in to comment to your favorite stories, participate in your community and interact with your friends
or
LOG IN WITH FACEBOOK
No account? Create one
Start writing a post
Sports

Philly Fans and Players are Hilariously Passionate in These 13 Ways 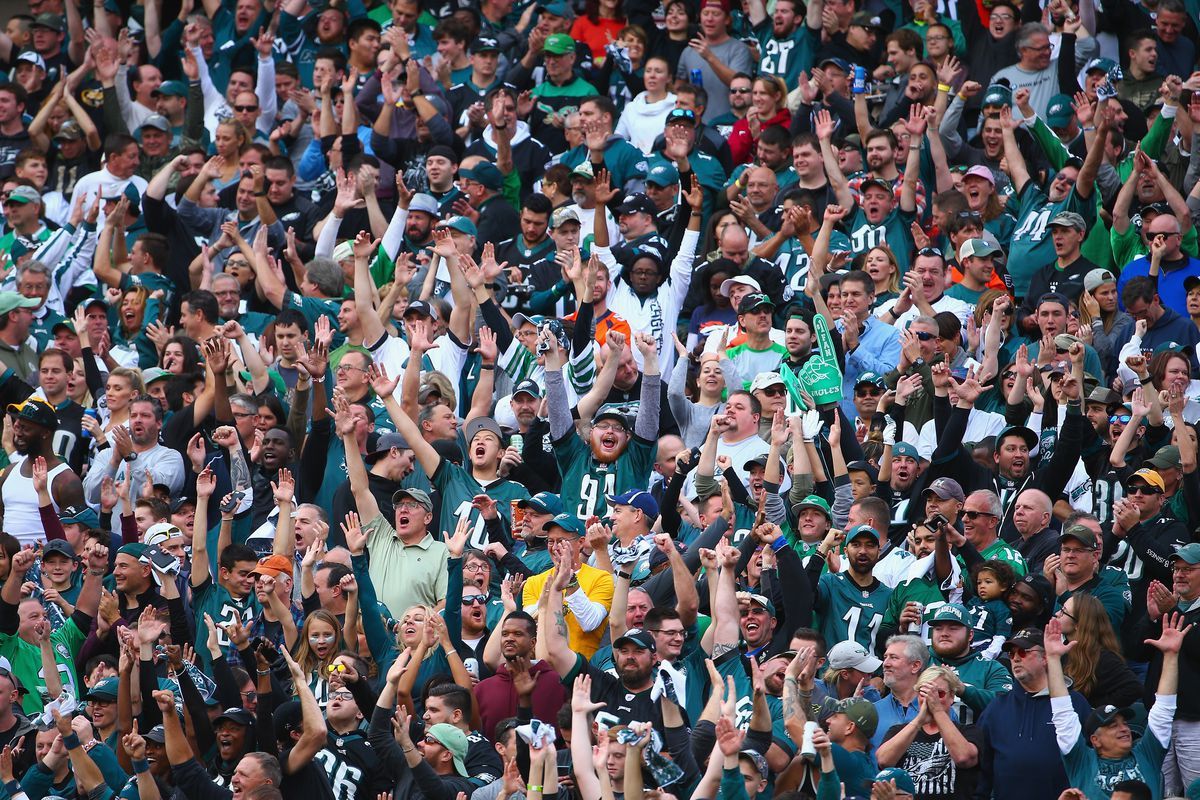 "The city of brotherly love" is the city where fans show pride through wins and loses, even if their teams haven't won a championship in what seems like forever. The Flyers have not won a Stanley Cup since 1975, the Phillies have not won a World Series since 2008, the 76ers haven't won the NBA Finals since 1983, and the Eagles have never won a Super Bowl.... until now in 2018 at Super Bowl 52!

No wonder Philly fans and their professional athletes lose their minds sometimes, so here is a list of 13 things that only Philadelphia fans will do!

Ever hear of the crisco cops? How about the hydraulic fluid cops? The Philadelphia police force actually had to cover light poles in crisco before the Eagle's 2018 conference championship game against the Minnesota Vikings. As you can see, that clearly did not stop people from getting up the poles. For the Superbowl, the police officers used flammable hydraulic fluid.

The Philadelphia Eagles are now known for their talented dance moves and choreographed celebrations which included themes like bowling, baseball, imitating the Desean Jackson endzone fall, the backpack kid dance, charging the mound on a bad pitch, flying like a convocation of eagles, the electric slide, and a ton more. The Eagles electric slide after an interception made by their defense, won the award for the 2017 NFL Best Celebration of the Year!

3. Knowing how to eat

Fans seem to somehow get away with unscrewing and walking out with seats from Philadelhia stadiums along with other stadiums around the country.

Boy do Philadelphia sports fans and athletes know how to party.

If fans from across the country decide to offend Philadelphia sports fans, then there will be pay back. Especially when Minnesota Vikings football fans decide to dress up Philly's Rocky statue with their team's gear and then make a public video of themselves doing their "skol" chant on the Philadelphia Art Museum steps. What do you think Philadelphia Eagles fans did in return? They redressed the statue with Eagles gear. Then during the NFC football game between Minnesota and Philadelphia, the packed stadium of Philly fans took Minnesota's chant and turned it into a chant for the Eagles quarterback Nick Foles. Instead of "skol," the chant became "Foles."

The Philadelphia Eagles are now known for their talented dance moves and choreographed celebrations which included themes like bowling, baseball, imitating the Desean Jackson endzone fall, the backpack kid dance, charging the mound on a bad pitch, flying like a convocation of eagles, the electric slide, and a ton more. The Eagles electric slide celebration won the award for the 2017 NFL

Trust falls off buildings, balconies, and buses... that basically sums up the passion of the Philadelphia fanbase.

How do you make grown, buff men shed some tears? Have the Eagles win a Superbowl for the first time in 52 years.

11. Throwing whatever is in their hands

Remember when Ryan Howard was in a hitting slump and got a beer bottle thrown at him by a Phillies Fan?

12. Attire for games and victory parades

13. Making the best out of unfortunate situations

The Eagles may have been first in the NFL through the 2018 season, but then were considered underdogs through every playoff game. Well, who doesn't love to mock the Vegas polls?

Nicole Marie Nigro
Individual Creator
8926
c1.staticflickr.com
Where to start...... Let me start with the cliche that life throws us curveballs and what we do with it is what counts.