The Phenomenon Known As FGC?
Odyssey

The Phenomenon Known As FGC? 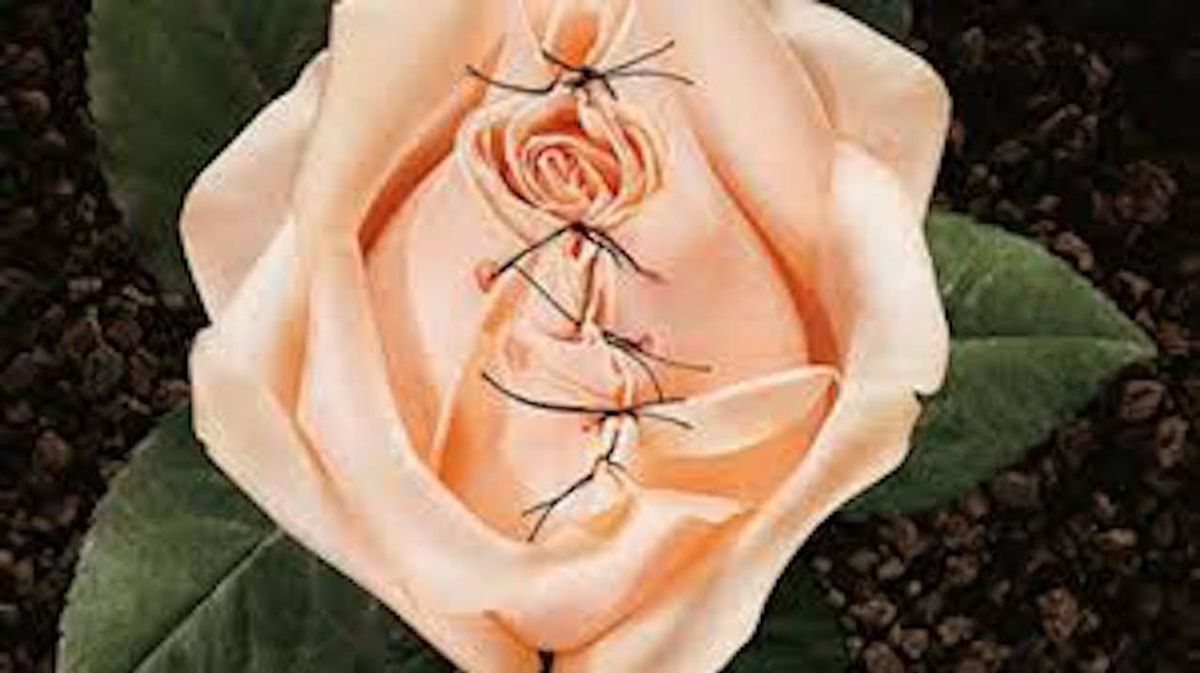 I have recently become an advocate for FGC or female genital cutting. I went to an event this weekend where the focus was bringing awareness to this and I recently did a class project on the subject which required an extensive amount of research. The fact is FGC is not going away and many women choose to practice it, so my stance is not necessarily to end FGC but educate people on safer options.

Female Genital Cutting is the ritual extraction of some or all of the external female genitalia; this includes the mons pubis, labia majora, labia minora, Bartholin glands, and the clitoris. There are four types of FGM. Type 1 is often known as a clitoridectomy where there is a partial or total removal of the clitoris. Type 2 is called an excision where the clitoris is removed as well as the labia minora, or the inner folds of the vulva. Type 3 is known as infibulation, where the labia minora is cut and repositioned through stitching. Type 4 refers to any poking, pricking, piercing, cutting, or scraping of the genital area. This practice is common in Asian, African, and Middle Eastern communities but mostly in African communities. This is evident because out of the 30 countries that practice this 27 of them are African countries. This practice is traditionally carried out by a circumciser at home, with or without anesthesia, which you can imagine, is excruciating. Circumcisers can be both men and women who act as health workers in the community. FGC often is conducted fairly early in a girl’s life it can be performed as early as days after birth to adulthood, but oftentimes girls are cut before the age of five years old. The procedure often varies across countries and ethnic groups and can include the total removal of the clitoral glands and hood; the removal of the labia, and the complete closure of the vulva. The last procedure, infibulation, a hole is left for urine and menstrual fluids; the vagina is left open for sexual intercourse and childbirth. Non-sterile devices are typically used as cutting objects this includes knives, razors, scissors, glass, sharp rocks, and even fingernails. According to a nurse in Uganda, a cutter would use the same knife on up to 30 girls this speaks to the unsanitary surrounding the procedure. These unsanitary conditions as well as the procedure in, general have been proven to cause both long-term and short-term health effects.

FGC/ FGM harms women both emotionally and physically common short-term effects are swelling, pain, extensive blood loss, infections, and urine retention, which cause extensive pain and discomfort. In 2015 a review of 56 studies that immediately recorded complications suggested that each of these occurred in more than one in ten girls and women undergoing any form FGM. Other short-term effects include tetanus, gangrene, septicemia, urinary infection, flesh-eating disease, endometritis or the inflammation of the uterus. Unfortunately, because complications aren’t typically recognized or reported it isn’t known how many girls/ women’s die as a result of the procedure. The unsterilized instruments have also been thought to aid in the transmission of hepatitis B, hepatitis C, and HIV/ AIDS. The long-term effects have been said to vary depending on the type of FGM.

They include the formation of keloids and scars, cysts, and neuroma or growth of nerve tissue around the clitoris. Women who are infibulated (extreme female genital mutilation involving complete excision of the clitoris, labia minora, and most of the labia majora followed by stitching to close up most of the vagina) may experience pain while urinating as well as the need to urinate more frequently. Urine can also collect underneath the scar tissue, which can leave the area wet, which can cause infection and the formation of stones. Vesicovaginal or rectovaginal, holes that allow urine and feces to seep into the vagina can also develop. Due to the obstruction of the menstrual flow, painful periods are more common. Total obstruction of the vagina and uterus can cause the vagina to fill with blood, which can cause a swelling of the abdomen, which resembles pregnancy. There have been reports of girls being killed because they were suspected to have been pregnant when they were not. The extensive damage to the urethra and bladder can lead to pain during sexual intercourse, infertility, and severe issues with pregnancy and childbirth. Some women who become pregnant have to eat less to reduce the size of the baby because of the obstruction of the vagina. The diagnosis of pre-eclampsia is harder to determine due to unclear urine samples. Women may also experience extreme tearing as well as anal sphincter damage. The infant mortality rate was also extremely high in 2006 an additional 20 baby per 1,000 births deaths as a result of FGC/ FGM. Psychologically, women who have undergone FGM suffer from depression, anxiety, low self-esteem, and post-traumatic stress disorder. Feelings of shame and betrayal may also develop when they leave their culture and realize that FGM may not be the norm when their culture views it as a thing of pride, beauty, respect for tradition, purity, and cleanliness. FGC/ FGM has no known health benefits only health effects so why is this practice still so widespread?

Believe it or not, while many women advocate for the ending of FGM there are just as many women who advocate keeping it. As of 2010, 42% of Sudanese women said that the practice should continue and 50% of women in Guinea, Gambia, Egypt, Mali, and Sierra Leone, supported the continuance of the practice. FGM has been compared to foot binding in the sense that it is tied to ideas about purity, honor, and appropriate marriage. Many believe it is necessary in order to raise a girl properly, a way to make girls ‘clean’ and ‘beautiful’ and to prepare her for adulthood and marriage. Social acceptance is the biggest reason for the perpetuation of the practice many believe they have to conform so that their daughters won’t experience social exclusion or isolation. In fact, women who have not gotten the procedure done feel that they will not find a husband. FGM is also a way for me to control female sexuality and her sexual experience. Communities that believe in the practice believe that it has to be done in order to reduce a woman’s libido thus aiding her in resisting scandalous illicit sexual acts that may bring shame to herself and her family. FGM is often backed by beliefs about what is considered appropriate sexual behavior; many procedures are connected to premarital virginity and sometimes fidelity. Many men who advocate for FGM believe that a woman who does not undergo the procedure is not fit to marry and if she is not sewn up she is not believed to be virgin even if she actually is. FGM is also practiced for spiritual reasons although there is no scripture on the subject and the lack of support for women who undergo the practice is another reason why the practice has been and is still being perpetuated.

While some people advocate for FGC citing that its an integral part of their culture many believe it's an egregious violation of human rights as well as detrimental to women’s health. The conversation is relatively recent it wasn’t until the 60’s that brought forth the health consequences to the World Health Organization. In recent news, there has been a huge emphasis placed on women’s rights and their health. Another important emphasis was placed on the terminology the term changed from Female Genital Cutting to Female Genital Mutilation. The term was first introduced in Cairo, in 1994, at the Program of action per the International Conference on Population and Development. The conference referred to FGM as a “basic rights violation.” Female Genital mutilation has also been cited as a threat to reproduction and to women’s health. Fauziya Kassiingdja, a 17-year-old from Togo, forced the United States to focus in on FGM. She fled her home in hopes of avoiding arranged marriage and genital cutting that were a part of marriage rights. She was detained but eventually granted asylum in the United States.

I do believe that the practice of genital cutting is an inhuman and egregious practice however I don’t think eradicating it completely is the answer. One of the biggest issues is the lack of autonomy; women have no rights to do what they please with their own bodies. I believe that by taking away FGM I would be doing the same thing. I want to advocate for safer options for those who do not wish to undergo the procedure while also advocating for women to understand the rights they have in terms of their bodies and their health. I’ve learned that Female Genital Cutting is an extremely sensitive subject and it has to be treated as such.